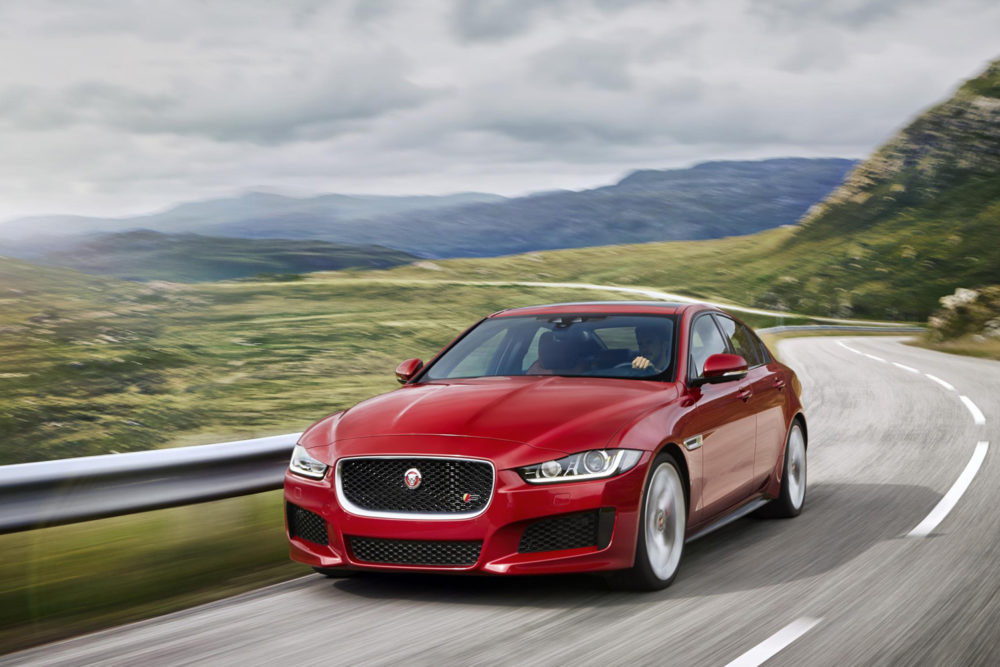 Jaguar’s XE small luxury sports saloon is fighting for sales against the all-conquering BMW 3-series, not to mention the Mercedes C class and Audi A4, and it certainly has all the qualities to stand out, even against such top class opposition.

When I saw the XE unveiled, I thought it was just a bit too anonymous, but on the road it looks handsome and understated. Inside, the wrap-around cockpit is very attractive and the black and red leather interior in the car I tested was the business.

Jaguar has been pushing claims about how light the XE is thanks to using much aluminium in the body and components. It has also boasted about its connectivity, with Jaguar describing it as a moving Wi-Fi machine. 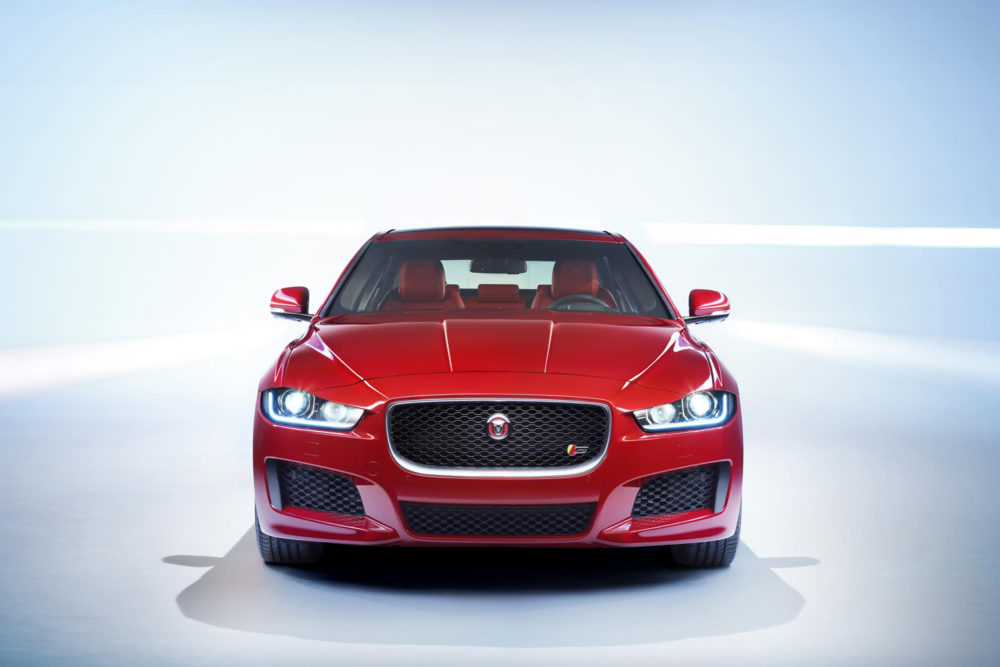 But its performance on the road will be the clincher if it is to succeed, and I can report that it passes that examination with flying colours with its agile handling and precise, responsive steering. It is fast. I drove this 340 hp supercharged V6 petrol engine powered version which blasts the XE from rest to 60 mph in 4.9 seconds. The engine and suspension are inherited from the flagship F-type sports car.  It makes an amazing noise when you floor the accelerator and it screams though the eight automatic gears. A six-speed manual option is available on most models.

Build and interior quality look top class. Rear passengers are short on head and leg room though, and golfers won’t be impressed with the boot space. It also looks very similar to its slightly bigger XF sibling, raising thoughts of cannibalisation. I’m not a fan of having the little wheel to put the automatic gearbox through its motions. I’d prefer a conventional stick, but it certainly serves it purpose. The suspension was a bit thumpy.

The XE range starts at Pure, then there’s the R-Sport, S, Prestige and Portfolio. You can choose from a range of four and six-cylinder petrol and diesel engines. 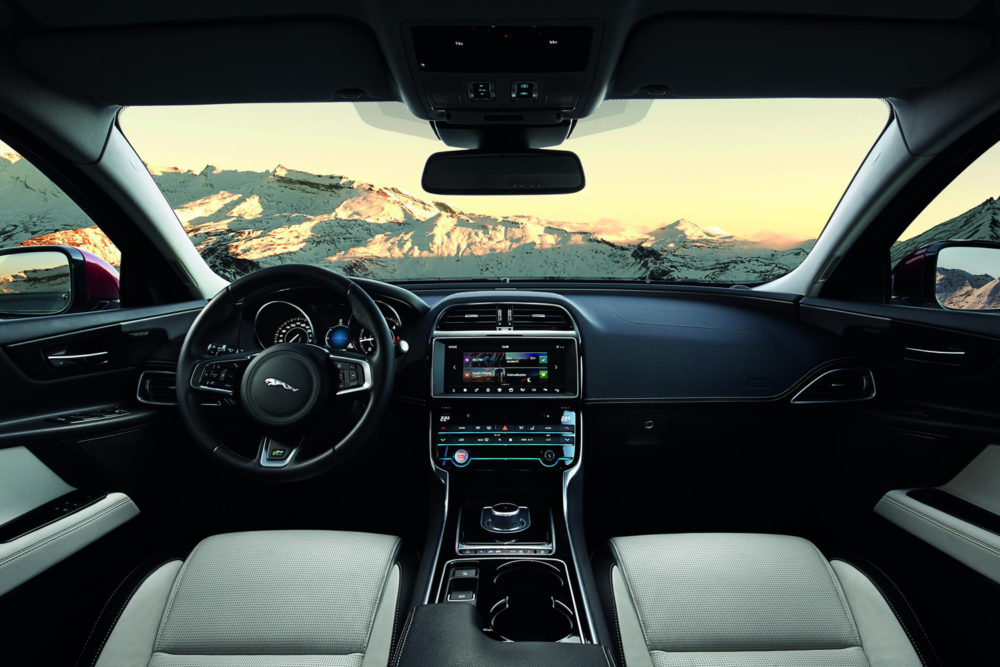 Ingenium
Jaguar launched the XE with a family of new Ingenium engines. The first Ingenium engines in the XE were a 2.0-litre four-cylinder diesel with a choice of either 161 hp or 178 hp. The petrol engine range begins with the turbocharged, direct-injection, 2.0-litre four-cylinder unit, which made its debut in the Jaguar XF and XJ saloons. This has either 197 hp or 237.

Jaguar is returning to this small sports saloon market after trying and failing before. In 2001 it launched the ill-fated X-Type which slowly crashed and burned, losing then current owner Ford Motor Co about $2.3 billion. The X-type was seen as bland and too closely linked with a mass market product, the Ford Mondeo.

I don’t suppose many people actually go along to a dealership and plonk down £55,000 in readies for a car like this. Most will be sold to fleets or on personal leases. And the choice in this category is incredibly rich. Will it be Jaguar, BMW or Audi? Maybe the Lexus IS can make a challenge. Can anyone really differentiate any of these cars in terms of performance or quality? It doesn’t even make sense to try and separate them by which one has the nearest dealership, because modern cars go in for treatment so rarely, it doesn’t really matter. And if the dealership was a long way away, it would collect and return it for you. So how to make the choice?

Let me suggest this test.

Which ones fought Brexit?
The recent referendum campaign on Brexit was fuelled by contributions from car companies. For the first time, car manufacturers decided they would interfere in our politics. Now even if you were Remain or Leave you might have thought this interference was outrageous. BMW was the most vociferous campaigner for Remain, and was joined by JLR and Toyota, which owns Lexus. As far as I can see, Volkswagen, which owns Audi, never ventured into this debate. I’m assuming the company decided that it would live with whatever verdict the British people came up with.

Does that do it for you? 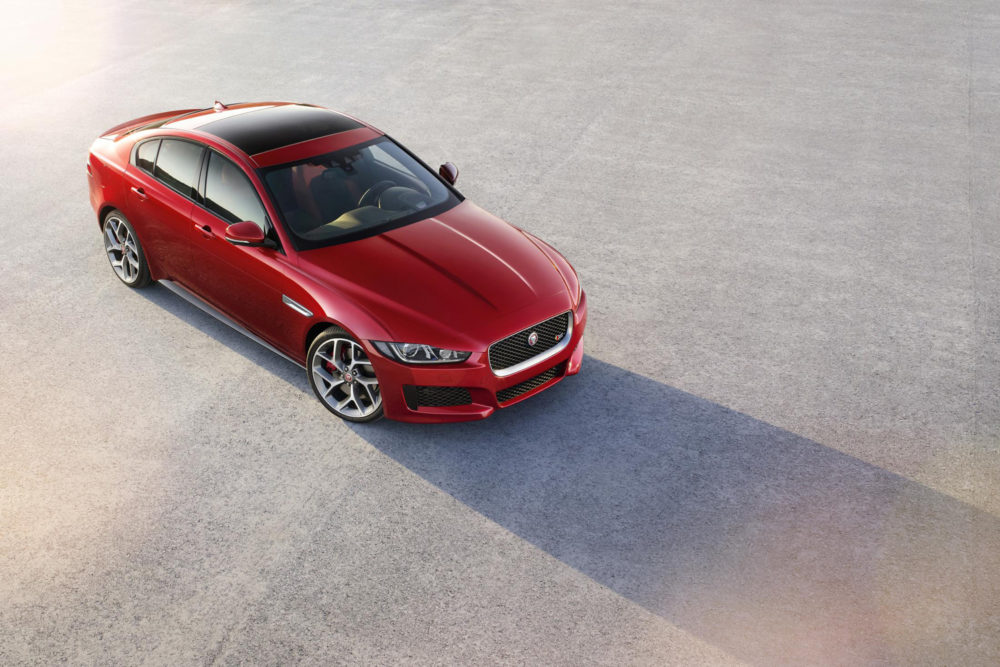