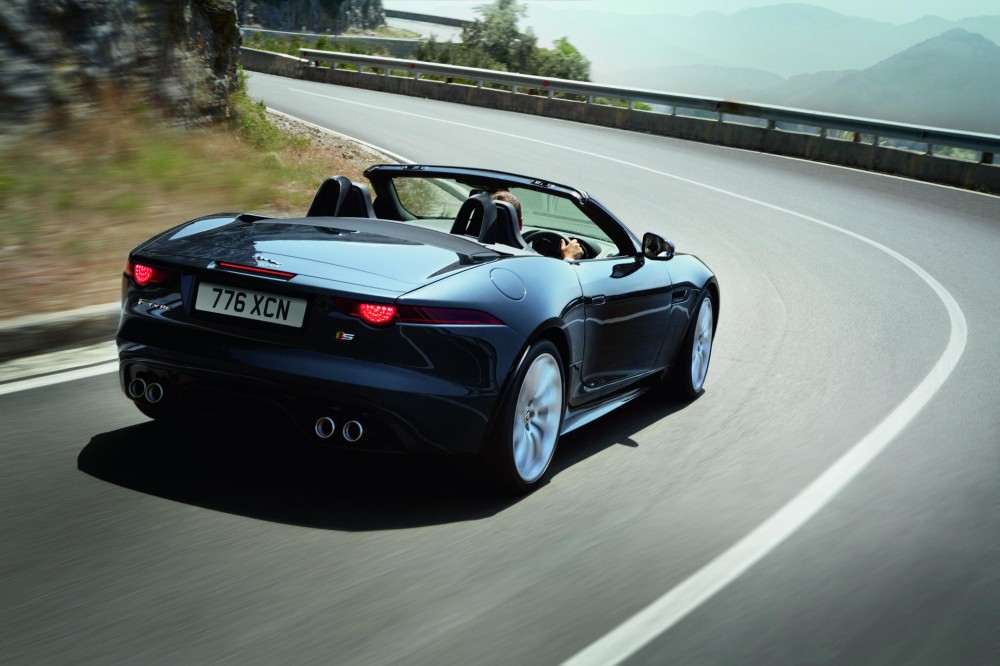 At Last, An E-Type Replacement

“Jaguar has designed a special noise for the exhaust, so you’ll know when one goes by”

You can tell British premium car maker Jaguar is deadly serious about moving from being a niche manufacturer to challenging German hegemony in the luxury sector.

Jaguar not only hired the grounds of the famous Musee Rodin in central Paris to launch its new F-Type roadster at the Paris Car Show last year. It also flew in American singer-songwriter Lana del Rey to entertain the media with a couple of numbers.

Jaguar not only lavished money on the launch, it wasn’t holding back on the hyperbole either. 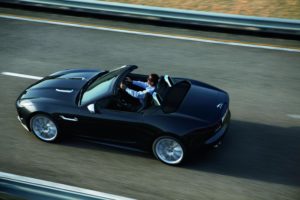 It undoubtedly looks very nice, if perhaps a bit too much like an Italian Maserati from the front. The F-Type roadster is now on sale across the world. A hard top version is likely to follow. You won’t be able to relax when you sit inside either.

Jaguar, which used to be owned by Ford and is now controlled by the Indian Tata Group as part of Jaguar Land Rover, said the new F-Type is a direct descendent of the iconic E-Type from the 1960s. 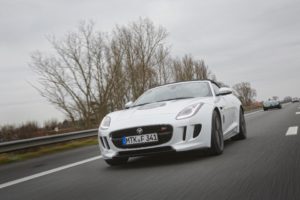 The new F-Type is mainly built from aluminium. Buyers can choose from two V6 3.0 litre supercharged gasoline engines of either 340 or 380 hp, or the top of the range 5.0 litre supercharged V8 producing just under 500 hp. These will be called the F-Type, F-Type S and F-Type V8 S. The V6 models have twin-exhaust pipes in the centre at the back, while  the V8 has two sets of twin pipes. Jaguar has designed a special noise for the exhaust, so you’ll know when one goes by. The fastest model will reach 60 mph from rest in 4.2 seconds and could reach 186 mph. All models have a sop to fuel-economy with “stop-start” systems, although a rumoured supercharged two litre engine version would be more fuel-frugal. There is an eight speed automatic gearbox. Power is delivered through the rear wheels. An active rear-spoiler can be activated to improve handling.

Jaguar failed to make much of a dent in its previous battles with Germans like BMW, Mercedes and Audi. Its attempt to match the BMW 3 Series with its little X-type four-seater crashed and burned. 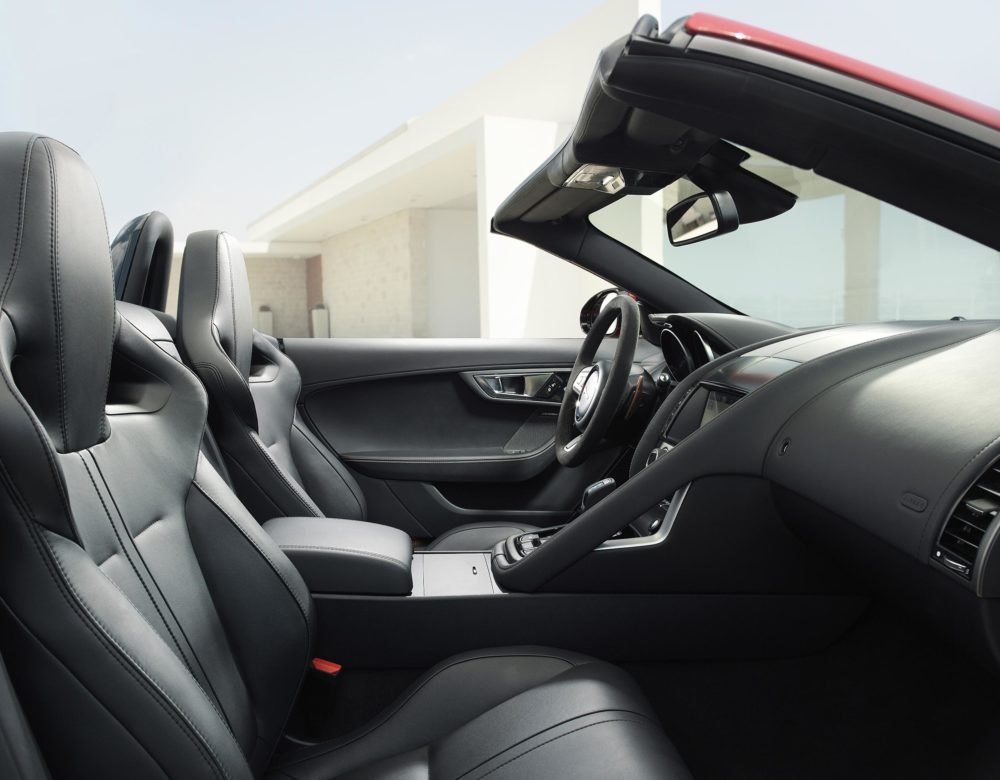 But with new ownership from India the new F-Type is likely to make potential buyers of small Porsche sports car and cheaper Aston Martins think twice. Jaguar said the F-Type is the first step in its five to 10 year plan to mount a serious new assault on the German leaders, which might even see a Jaguar SUV. 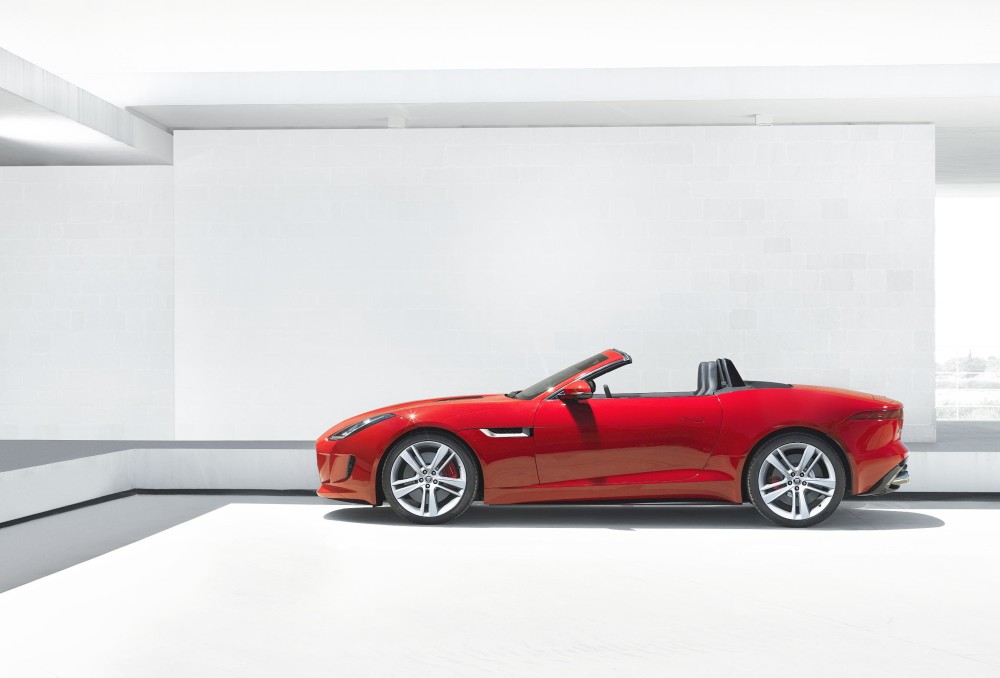