A Hatchback By Any Other Name. 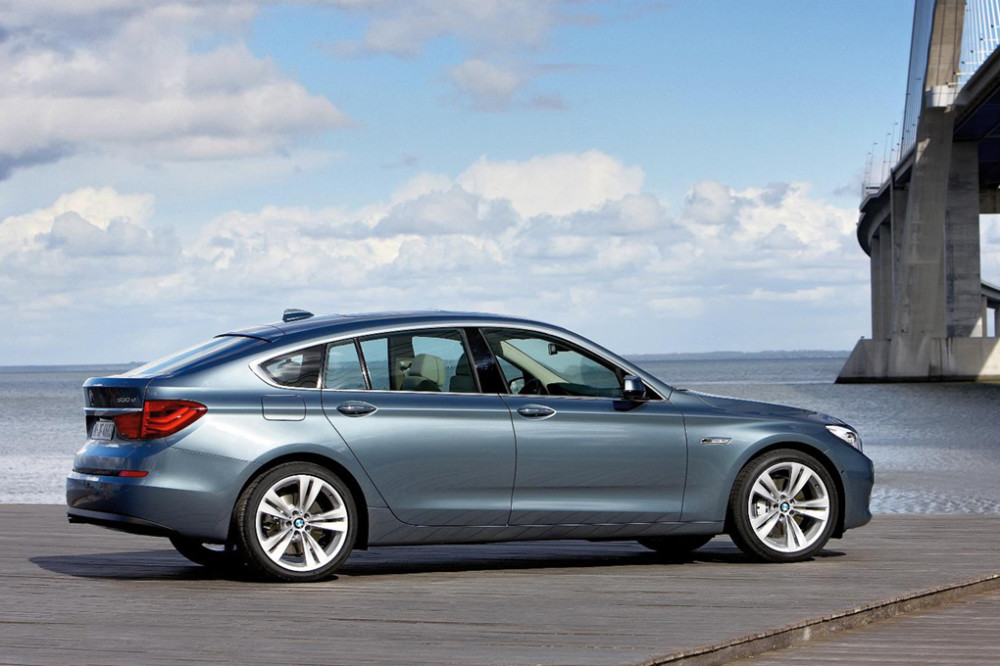 Slightly Bigger Than Touring, Interior Space Like A 5 Series.

For – Spacious 3-Series retains driving qualities
Against – Pricey, won’t win sales on looks
rating **** out of 5

“The fact that rear seat passengers might think they are in a 5 Series underlines the danger that too much niche-making might cannabilise sales of larger, more expensive models”

SIENA, Italy  BMW has invented another niche.
This time it’s a hatchback version of the 3 Series, although calling it the Gran Turismo makes it sound much more exciting. The 3 Series GT is a little big bigger than the Touring version, which is also slightly larger than the bog-standard saloon. This allows BMW to create much improved space for the rear passengers, although its claim that three can ride comfortably in the back on long journeys is stretching it a bit. 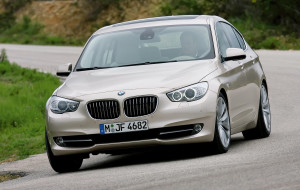 The styling of the GT version is divisive, although it is not quite so controversial as the 5 Series GT. The “fastback” aspect of the design doesn’t quite come off and the view from the side looks disjointed. Nevertheless, no doubt a large number of buyers will appear, with global sales reaching around 60,000 to 70,000 a year, according to Carlos Da Silva, analyst with IHS Automotive in Paris. This compares with between 290,000 to 300,000 a year peak sales for the 3 Series saloon. GT sales in north America should hit between 5,000 to 6,000 a year, while the larger interior space will appeal to the Chinese market in larger numbers than America. Western Europe will be the biggest market at between 30,000 and 40,000, according to Da Silva. He expects BMW to also still sell between 60,000 to 80,000 a year of the Touring version.

“This kind of natural evolution makes sense even for the premium manufacturers to multiply the body styles. They just can’t rely on the sedan and wagon, and have to compensate for the trend – the traditional sedan won’t keep appealing to core buyers in Europe. This is a way to stabilise volumes, to keep attracting new people and stop them going to the competition,” Da Silva said.

The most obvious competition is the Audi 5 Sportback.

Da Silva agrees that the styling is not easy on the eye.

No easy sell
“The styling is not a very easy sell, but it does widen the scope for BMW because it (the 3GT) appeals to those customers looking for more comfort and practicality. It widens BMW’s appeal to those not interested in a purely sporty vehicle, it should bring in a new kind of buyer for BMW,” Da Silva said.

That’s not to say that the 3 Series GT doesn’t perform like a traditional BMW. 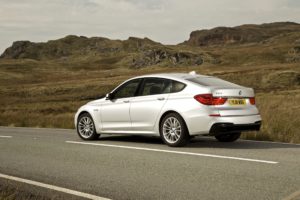 The 328i SE, with its amazing two litre, four cylinder 245 hp petrol engine, is a tremendous performer, blasting from rest to 62 mph in 6.1 seconds. The 8-speed automatic performs wonders, and BMW says it returns slightly better fuel economy than the six speed manual gearbox. Both ‘boxes have Stop-Start. On the twisting roads of Tuscany, the 3GT handled like a proper BMW, with accurate steering, little body roll and tenacious road holding. The engine is imperceptible under normal circumstances, but bursts into song when pressed. When the car is launched in June, there will be a 318 and 320 diesel, a 320i petrol and a range-topping 335i petrol, as well as the 328i.

Melts back into the car
BMW says all models will have an active rear spoiler for the first time.

“This extends automatically once the car reaches 70 mph to ensure it retains the traditional BMW dynamic capability at higher speeds. Once extended, the spoiler reduces lift on the rear axle by more than 35 per cent, allowing the Gran Turismo to replicate the aerodynamic qualities of the BMW 3 Series Saloon. If the speed falls below 43 mph, the spoiler automatically retracts, melting back into the car almost invisibly. If required the rear spoiler can be extended and retracted manually using a button on the driver’s door control panel,” says BMW. 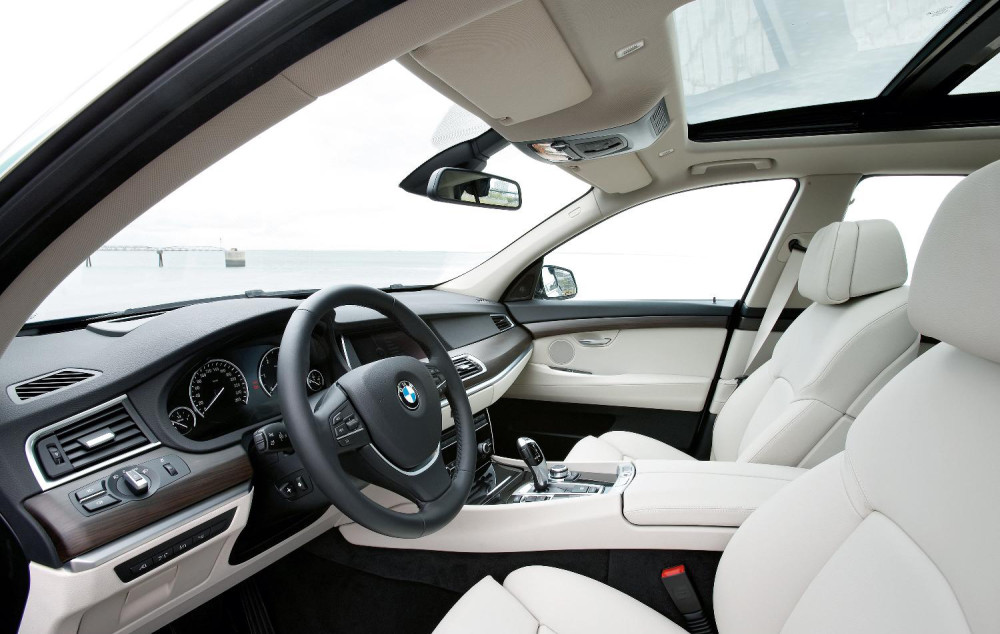 The extra size of the GT means the rear seat passengers might think they are in a 5 Series, with better headroom and passenger space. The slightly higher seating position makes for easy viewing, and makes getting in and out easier, if that was ever a problem. The boot has some interesting ways to mix and match and secure luggage loads, and there’s space under the compartment floor too. The standard electric tailgate also has the option which allows it to open with a kicking gesture under the rear, as pioneered by Audi and Ford. Provide your own shin-pads.

The fact that rear seat passengers might think they are in a 5 Series underlines the danger that too much niche-making might cannabilise sales of larger, more expensive models. The closeness to the Touring derivative also suggests this danger, which in Britain is priced at £1,300 less than the GT. Of the 25 new models BMW says it will introduce by the end of next year, 10 of these will be new niches, but anyone betting that this company might have made a misstep obviously hasn’t examined the amazing sales success of recent years. 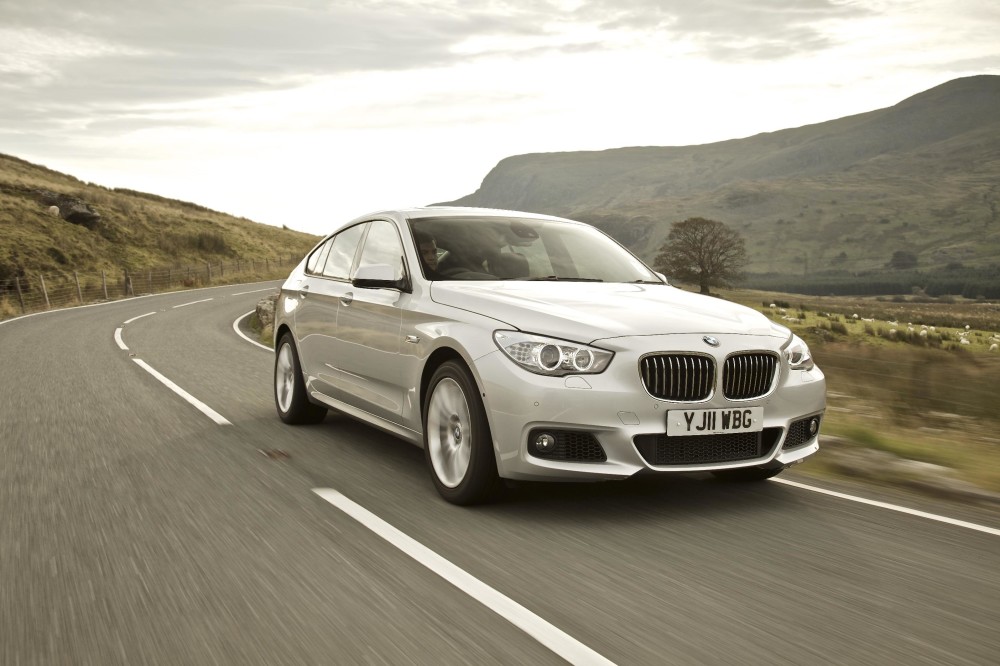