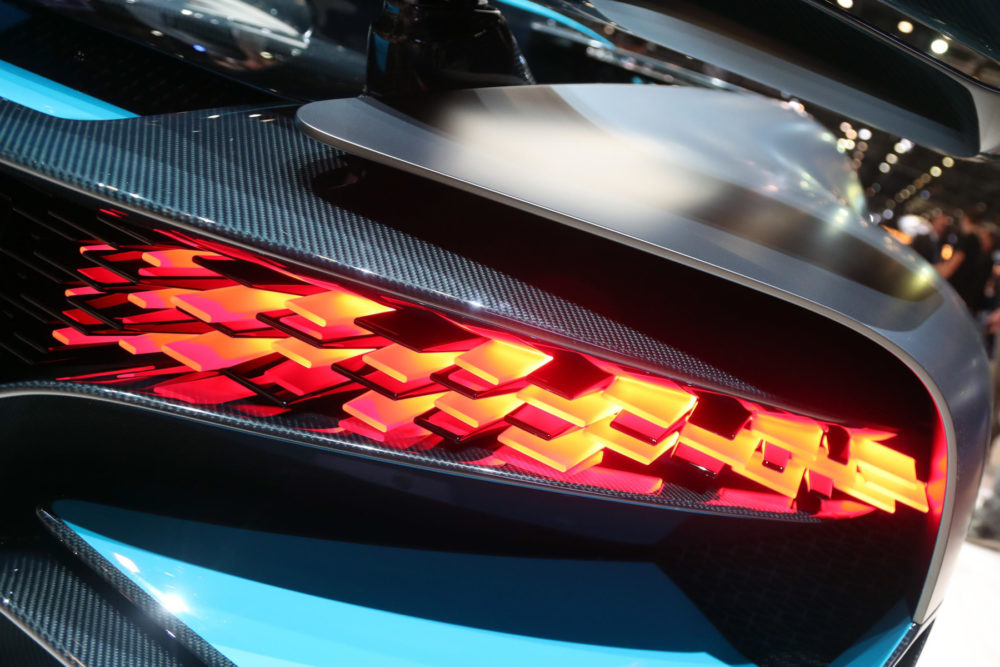 “Any forced change will have serious environmental, economic, social and political implications. It is a cruel deception to say that a quick transition to new energy systems is going to be painless”

“The road to hell is paved with good intentions”.

That old proverb comes to mind when you look at the pickle the European Union is cooking up for the automotive industry as it gathers in Geneva, with its aggressive commands to slash fuel consumption in the name of saving the planet.

The new rules call for average fuel economy across manufacturer’s fleets the equivalent of about 92 miles per U.S. gallon by 2030, up from 57 mpg in 2021. This can only be achieved by a huge, and maybe impossible, contribution from expensive electric cars. The agreement hammered out late last year was for a 37.5% cut in carbon dioxide (CO2) by 2030 to 59 grams per kilometer from 2021’s 95 g/km.

The European Car Manufacturers Association, known by its French acronym ACEA, was incandescent last year when the agreement was announced.

“Delivering a 37.5% CO2 cut is totally unrealistic based on where we stand today. Industry deplores that this 2030 target is driven purely by political motives, without taking technological and socio-economic realities into account. Indeed, they (the regulations) will require a much stronger market uptake of electric and other alternatively-powered vehicles than is currently proving possible,” ACEA said.

Meanwhile, sales of diesel-powered cars are wilting as politicians declare city centres diesel-free zones on health grounds, after saying for years that people should buy diesels because they were more efficient, and kinder to the environment. Diesels had been the key to auto manufacturers grappling with ever-tightening fuel consumption rules. Not anymore.

The drive to make cars and SUVs more fuel efficient is becoming more expensive. Volkswagen, Europe’s biggest carmaker, said it will be impossible to make small cars like the Up and Polo economically. Last month, VW Group CEO Herbert Diess said in January the retail price after tax of an Up minicar would jump 3,500 euros or 30% to 14,500 euros ($3,962 to $16,400) And this could price people on average incomes out of their cars and on to public transport, while whipping up resentment of the kind France is now experiencing with its “yellow vest” protest. That was sparked by a sudden jump in the price of diesel fuel at the pump.

Gautam Kalghatgi, visiting professor in engineering science at Oxford University, said the demonization of diesel could lead to industrial havoc because alternative technologies like battery power are not ready to step into the breach.

“Any forced change will have serious environmental, economic, social and political implications. It is a cruel deception to say that a quick transition to new energy systems is going to be painless,” Kalghatgi said.

“Coercive measures will be needed to discourage people from using energy, which will be largely fossil-fuel based for decades to come. This could be by legislation, banning internal combustion engines (ICE) or through making conventional energy more expensive by taxing it. Such taxation will inevitably be regressive and poor people will be hit hardest, and they will protest, as in France,” Kalghatgi said.

VW target looks impossible
Companies like VW have a target for global battery electric vehicle (BEV) sales of 25% by 2025, although for Europe this is between 15 and 18% of sales. But many independent forecasts are much lower. Bernstein Research’s latest estimate sees BEVs accounting for 8.2% of global sales in 2025, and 3.4% for plug-in hybrid electric vehicles (PHEV).

Peter Wells, Professor of Business and Sustainability at Cardiff Business School, said it’s a bit much for the industry to blame regulation as it relentlessly pushes the case for ever bigger gas-guzzling SUVs.

“The industry has a problem here because the drift out of small and medium cars and into larger ‘lifestyle’ SUVs, along with the switch out of diesel, means that future CO2 emissions reduction targets will become even harder to reach. The European industry has not entirely given up on the small car segments yet, but the old strategy of blaming regulation for industry failures is wearing very thin,” Wells said.

“Furthermore, the growing market for micro-mobility in urban areas in the form of electric bikes and scooters, whether individually owned or shared, will inevitably reduce overall demand for smaller car segments. Reliance on a dwindling middle class of personal car buyers and the corporate or fleet markets is a dangerous strategy for the industry,” Wells said.

Peter Fuss, partner at consultants EY’s Global Automotive Center in Frankfurt, Germany, said small cars will continue to be in demand. The industry has no choice but to comply with the rules.

“The global automotive market still requires small cars in the future as individual traffic will increase in major cities because of autonomous driving. Those small cars will be shared 24/7 as robo-taxis and being an important factor of new business models for future mobility,” Fuss said.

Global warming
“Due to global warming and therefore increasing awareness of climate changes, younger people around the world are starting to drive the transformation to an emission free mobility. This is a way of no return and regulators will follow those concerns. The Industry has to cope with those tightening regulations,” Fuss said.

It’s all very well for academics and consultants to tell the industry it has to comply with harsh regulations, but the industry has to martial the finance and engineering to do it, and find a market for the product at a price which makes some money.

And some industry leaders sense a move to demonize the car and SUV.

Bernhard Mattes, president of Germany’s VDA industry lobby, said earlier this year the industry will fight what he called a “crusade” against the car waged by populist politicians. Mattes said reducing CO2 emissions to the EU’s 2030 target would devastate the German industry.

“I think there is great scope for reducing the fuel consumption and emissions of ICE engines using existing engine and after-treatment technology, using existing fuels. There is further scope to develop new fuel/engine systems,” Kalghatgi said.

The Geneva Auto Show opens to the public March 7 through 17 at the Palexpo center.