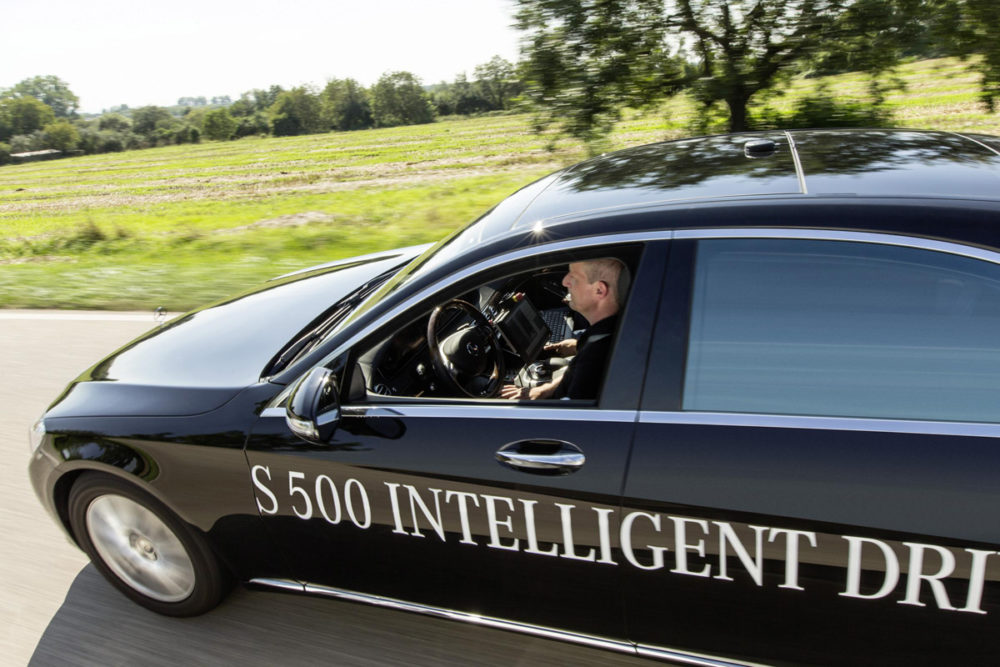 Expect Big Upheaval From Autonomous Cars, But Not Just Yet.

“The transition to autonomous vehicles will take place in several steps. They are not expected to be part of everyday life before 2035”

BIRMINGHAM, England – Auto manufacturers are getting into a panic as they seek to fight off competition from autonomous cars or new high-tech competitors, but a couple of surveys suggest maybe they should calm down a bit.

According to consultants Ernst & Young (EY), autonomous cars might cause massive disruption to incumbent players one day, but it won’t really start having an impact on regular car buyers for about 20 years. A report from McKinsey & Co (published on AutomotiveIT June 17) reckons ubiquity will take about five years longer, and also points to some impressive advances when it does happen.

But BMW board member Peter Schwarzenbauer sounded distinctly worried and was almost looking over his shoulder for enemies from Apple or Google in a speech to the Automotive News Europe Congress in Birmingham, England last week.

“We need to reinvent ourselves. What in 10 years will the industry look like? Things are changing and so are our customers,” Schwarzenbauer said.

He had a neat couple of pictures in his presentation to demonstrate the speed of technology. He showed a huge crowd of worshippers in St Peters Square, Rome in 2005 to greet the Pope, compared with another one in 2013. In the latter almost all the crowd seemed to be taking pictures with their mobile phones, while the earlier one had none.

Schwarzenbauer talked about “mega trends which no one can escape”, with electric cars, new entrants like Uber, the ride sharing outfit. Software was driving progress. Owning was no longer a priority for car buyers. Access was becoming more important than owning a car.

“Autonomous cars will be the next big thing,” Schwarzenbauer said.

EY’s Peter Fuss agrees that autonomous cars will be huge, but not for a while yet.

“The transition to autonomous vehicles will take place in several steps. They are not expected to be part of everyday life before 2035,” Fuss said in the report, which was published at the Congress.

The report said in five to 10 years, autonomous cars will appear in controlled, autonomous vehicle-only environments with a moderate level of automation and low to medium speeds. In 10 to 20 years there will be a less restricted environment, a high level of automation, and medium to high speeds. Beyond 20 years, there will be large, connected vehicle networks with no restraints. Options will include on-demand mobility and fleet services, with customized consumer autonomous vehicles.

McKinsey, in a report called “Ten ways autonomous driving could redefine the automotive world” said the interim stage will last until around 2035, when autonomous vehicles (AVs) become the primary means of transport. Advantages will include –

EY’s Fuss does agree that the automotive industry will eventually face a sometimes painful transition.

“The shift to autonomous driving will ultimately force car makers – in a symbolic sense – to relinquish the steering wheel while still being in charge of the vehicle. In effect the automotive industry must find a whole new business model that intensifies the experience of the intrinsic value of the car and replaces the old attractions of design and horsepower.”

“This will require a new set of skills, and innovative collaborations between car manufactures and companies from the IT and internet industries,” Fuss said.

BMW’s Schwarzenbauer told the conference that his company was moving fast to integrate new technology into its cars and using new ideas like DriveNow rental to introduce the public to its electric vehicles. However he did end his speech by repeating his diffident theme.

“How will the industry look in 10 years? There are more questions than answers right now,” Schwarzenbauer said.