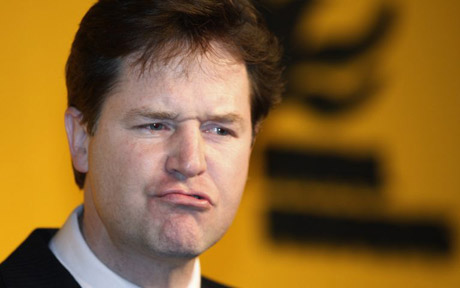 Trade Gains Said To Be “Imaginary”.
Will SMMT, LibDems, See The Error Of Their Ways?

“These claims are empty rhetoric, and those who repeat them may mislead themselves and others about the merits of the Single Market”

The British Auto industry, not to mention the great and the good and the LibDems, are busting a gut to try and scare us into remaining subservient to Brussels, but a report published this week shows that Britain’s membership of the E.U single market has made almost no difference at all to growth in our foreign trade.

This shoots our of the water those who claim that without being members of the rotten and distant dictatorship that is Europe, our economy will wither and die.

A report by Civitas shows that trade advantages from Britain’s membership of the E.U. are imaginary. Since joining the then Common Market in 1973, Britain’s share of trade with the 14 pre-2004 E.U. nations has remained virtually unchanged. The Civitas report, compiled by Michael Burrage, said there has been no positive impact on trade with other members, and a study of British exports since 1960 exposes the “empty rhetoric” behind oft-repeated claims that the E.U. gives the U.K. an essential trade advantage.

I wonder if this will engender a bit of embarrassment and shame at the Society of Motor Manufacturers and Traders (SMMT) after its blatant attempt last month to bamboozle British voters into fearing the consequences of leaving the E.U. I said then that at worst, leaving probably wouldn’t do us much harm, and might well be a big plus for all of us. Now this survey by Civitas, which calls itself an independent cross-party think tank, shows how right I was. Burrage is a former lecturer at the London School of Economics.

Hopelessly biased
The automotive industry has grown impressively in Britain in recent years, and the SMMT thinks withdrawal would do major harm to the business. I disagree. The SMMT published a survey widely reported as showing the industry was four-square against withdrawal. The survey was a hopelessly biased attempt to manipulate public opinion into fear of the consequences of withdrawal. After this survey, maybe the SMMT will finally admit that it was wrong to worry about this at all. “Brexit” will pose no trade problems at all for us.

“Britain’s trade with other E.U nations accounts for no more of its trade with all leading economies than it did on joining the European Economic Community in 1973. Meanwhile, exports to non-E.U. nations Iceland, Norway and Switzerland have increased enormously over the same period,” the report said.

“While the share of U.K. exports to fellow E.U. members has been virtually stable, the share going to non-members in Europe has risen steadily, leading one to suspect that both insider advantages and outsider disadvantages are imaginary,” Burrage said.

The report studied OECD data between 1960 and 2012, and these were some of the results –

• U.K. goods exports to the other 14 pre-2004 E.U. nations have not increased as a proportion of its trade with OECD nations since Britain joined the European Economic Community in 1973.

• The proportion of UK goods exported to non-E.U. Iceland, Norway and Switzerland has doubled from 5.1 per cent in 1973 to 10.7 per cent in 2012. Services exports to these nations trebled from 6.1 per cent to 20.2 per cent over the same period

• U.K. exports to the other 11 Single Market founders grew at a markedly faster rate prior to the Single Market – by 192 per cent during the 20 Common Market years compared with 80 per cent in the 19 subsequent years

• U.K. goods exports to non-E.U. countries have grown at a much faster pace than those to other founder members of the Single Market

Some members of the SMMT have form in trying to frighten the British into taking actions they want no part of. You will remember CEOs from Ford Europe, GM Europe and Nissan were at the forefront of those demanding Britain join the single European currency last century. If we didn’t join, they said, we might as well all stay in bed. Industry would collapse. Given the fate of the single currency, that misguided venture into politics brought the automotive industry into disrepute.

The Civitas report this week also slams the lie, put about with some gusto by Deputy Prime Minister and LibDem leader Nick Clegg, that membership of the E.U. gives us some magical negotiating power to arrange cosy trade deals. Not so, says the report. Switzerland’s free trade deals from outside the E.U. have been many and cosy.

Constant repetition of empty rhetoric by the likes of Clegg has cemented an untruth.

“These claims are seen to be empty rhetoric, and those who repeat them may be seen to have been misleading themselves and others about the merits of the Single Market. Unfortunately, constant repetition of them over recent years has already done immense harm, since they have discouraged close investigation, measurement and analysis of the U.K. experience within the Single Market,” Burrage said.

I await an apology from Clegg and the SMMT to the British people but I’m not holding my breath.