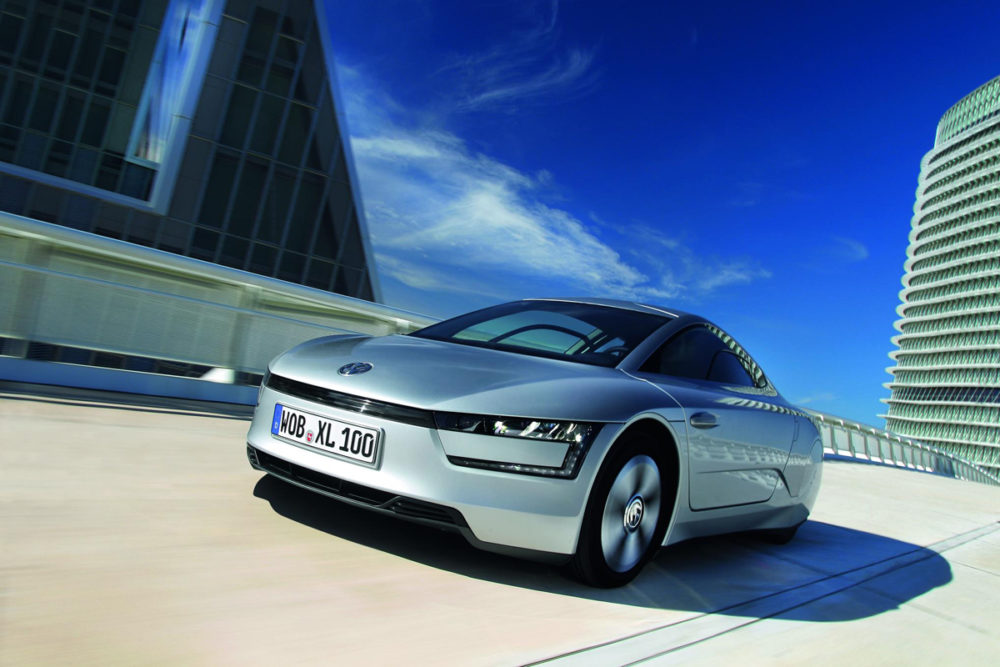 VW, Hesitant About Electric Cars, Now In The Fast Lane.

Volkswagen’s diesel electric XL1 plug-in hybrid car which will soon go on sale in limited numbers across Europe, is the most fuel efficient and aerodynamic production car in the world, capable of more than 300 miles per gallon. 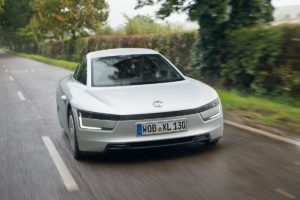 The XL1 also marks a big turnaround for VW, which until recently had soft-pedalled on electrification. At the Frankfurt Car Show in September, VW said it would have 14 vehicles through next year with alternative engines after introducing electric versions of the Golf family car and Up city car. VW, Europe’s biggest car maker, has also said it plans to offer up to 40 electric or hybrid cars over an unspecified time scale.

The tear-drop shaped two-seater XL1, which looks remarkably like a tidied up version of the ill-fated General Motors EV1 electric car from 1980s, can cover up to 30 miles-50 kms on its battery alone. The overall range is 500 kms-310 miles. The lithium ion battery, which sits at the front of the car, can be charged by the engine while driving, by regenerative braking as the car free wheels, and by plugging in to your house. To achieve maximum aerodynamics, the wing-mirrors have been replaced by cameras which display on a screen in front of the driver. VW will have produced about 200 by the end of the year at the plant in Osnabruck, Germany, so don’t expect to spy many on the road. 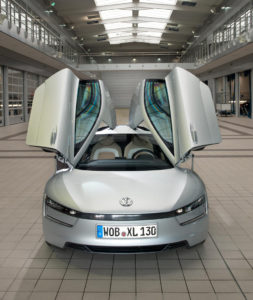 The XL1’s high-tech lightweight design means it weighs only 1,752 lbs-795 kgs. Top speed is limited to 100 mph, which takes about 12.7 seconds from rest. The rear-wheel drive XL1 is powered by a combination of an 800 cc, two-cylinder 47 hp diesel and a 27 hp electric motor located behind the driver, and has a seven-speed automatic gearbox.

Gull wings
The XL1 is a development of previous lightweight vehicles proposed by VW which had the occupants sitting in line, like motor cycle riders. But in the XL1, the passengers sit side-by-side, with the passenger slightly offset. VW didn’t say why. The doors open upwards, gull-wing style. The XL1 is slightly shorter than VW’s Polo city car, and lower than a Porsche Boxster.

Volkswagen said it is producing large parts of the XL1 in lightweight and strong carbon fibre reinforced polymer (CFRP). All exterior body parts as well as things like anti-roll bars are also made of CFRP. Only 23.2 percent of the XL1 is constructed from steel. VW said in a crash, CFRP is strong enough to provide the necessary survival space for the driver and passenger. To save weight, VW used no sound muffling materials. That might not please buyers. Nor will the crunching sound of the ceramic brakes. 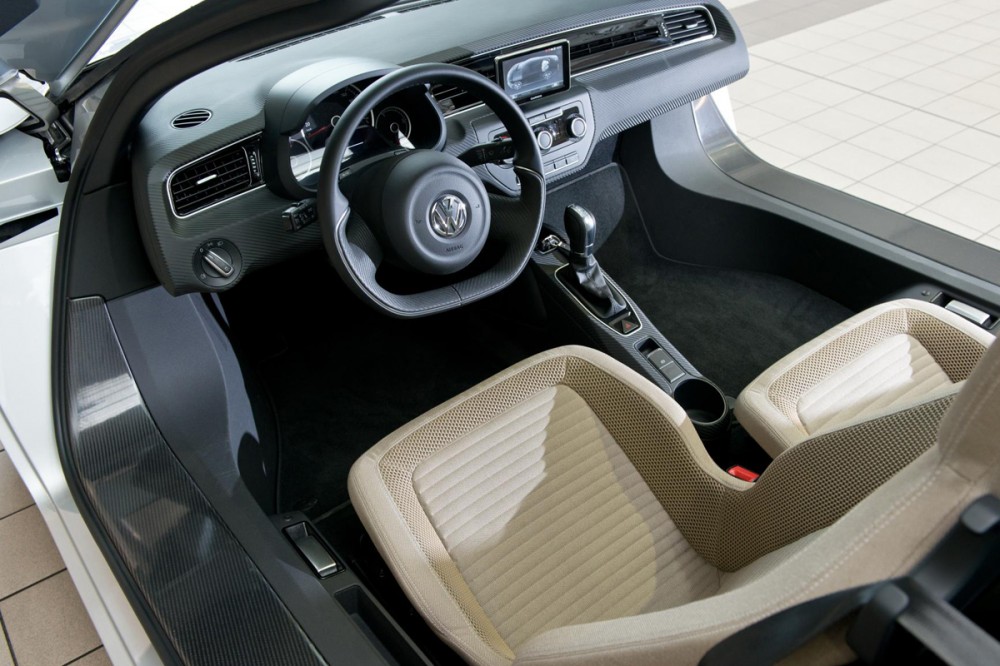 VW now sounds positive, even bullish, about the future of hybrids and has signalled serious investment and a push for these vehicles, said Stefano Aversa, auto analyst at Alix Partners.

“VW has been the most contrarian to the electric trend, saying there’s still much to get from diesel. It’s now been converted,” Aversa said. 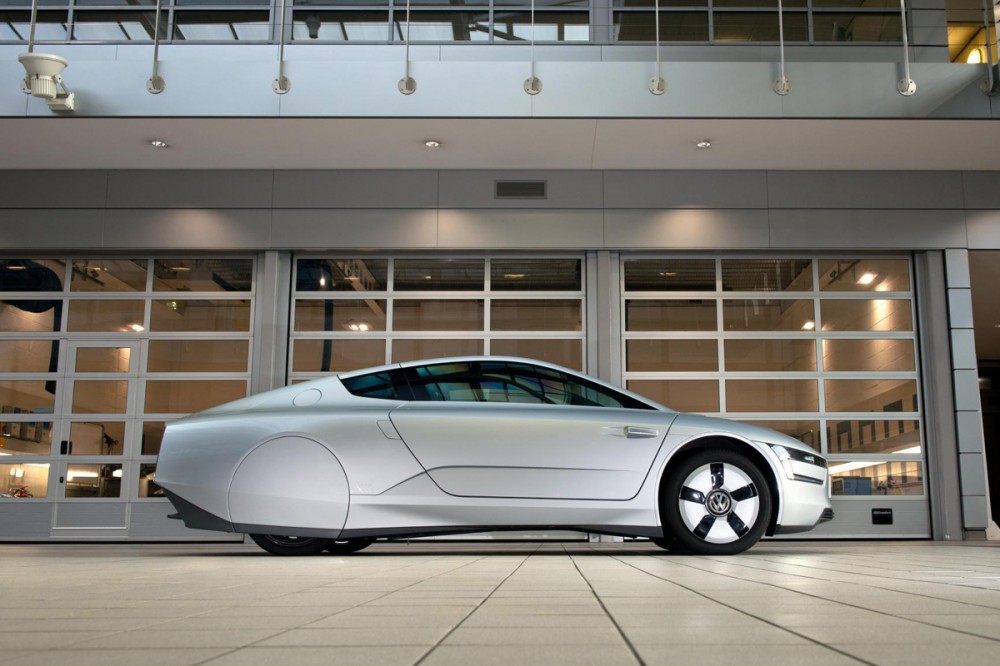