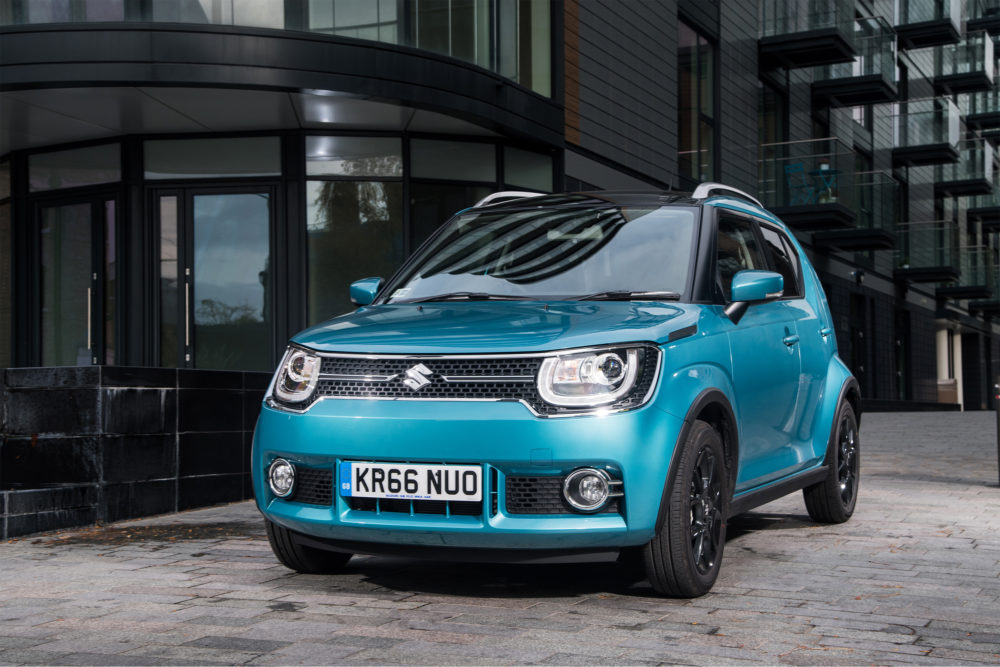 SUVs Get Smaller As Suzuki Starts Mini Sector With The Ignis.

Sport Utility Vehicles (SUVs) used to be the preserve of the rich and famous, but these high-riding, off-road capable and arrogant big beasts bred ever smaller and cheaper versions which have been leaping up the sales charts.

In yer face luxury Range Rovers and Porsche Cayennes morphed down into more modest mid-sized Volkswagen Tiguans and Kia Sportages, then shrunk to compact Renault Capturs and Vauxhall-Opel Mokkas, and now we have the mini-SUV.

Step forward the Suzuki Ignis, which wowed the crowds at the Paris Car Show in October with its captivating looks, and was described variously as baby urban chic, radical, bold or simply cute. It is the first in this new sector, although the little Fiat Panda Trekking and Fiat Panda Cross are small 4-wheel drive cars.

Suzuki says the Ignis offers a stylish body design with versatile functionality that is convenient and easy to use. The rear seats slide to help make room for people, or luggage, but not of course both. Not only does the Ignis offer internet connectivity that used to be the preserve of only the most expensive vehicles, it also offers a hybrid option which improves the 1.2 litre petrol engine’s economy. The so-called “mild” hybrid combines a starter and power generator with an electric motor, and a lithium-ion battery pack. This leverages the electric motor’s torque assist and the system’s power regeneration to improve fuel economy. There is no battery-only capability.

The Ignis designers used a larger than usual percentage of lightweight and strong high-tensile steel to reduce weight while still maintaining a high level of rigidity.

The Ignis is packed with all kinds of technology, including computerised braking, lane departure warning and “weaving” alert. “Weaving” alert reacts if the car starts to move from side to side within a lane, and sounds a warning buzzer and lights an indicator on the dashboard. This draws the driver’s attention to weaving caused by drowsiness or distraction. Stereo cameras function like human eyes, detecting lane markings as well as objects ahead and their distance away. Based on the size and shape of the object, the cameras can detect pedestrians or vehicles. And you will be able to plug-in your smartphone and access compatible apps on the touch screen and the satellite navigation. You can use Android Auto or Apple Car Play.

Despite being one of the smallest global car makers, Suzuki of Japan is still independent. It almost agreed an alliance with Volkswagen in 2009, but this fell apart, with some acrimony. In October, Suzuki and Toyota said they are planning an alliance to share the costs of autonomous and small car development, but left open the question of making the partnership more formal. Toyota makes close to 10 million vehicles a year, and Suzuki more than two million.

Sales of the Ignis are scheduled to begin in Europe in January 2017. Other markets will follow soon afterwards.