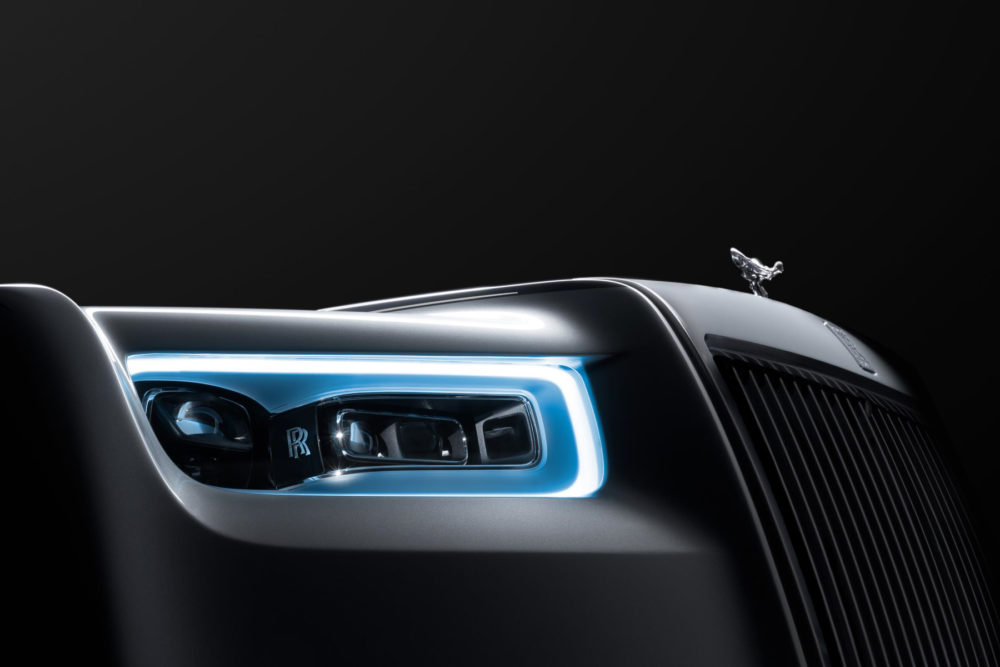 This is the eight iteration of the famous name. The first model made its debut in 1928. As befits a car which only the super-rich can even dream about, Rolls-Royce didn’t spare the hyperbole. 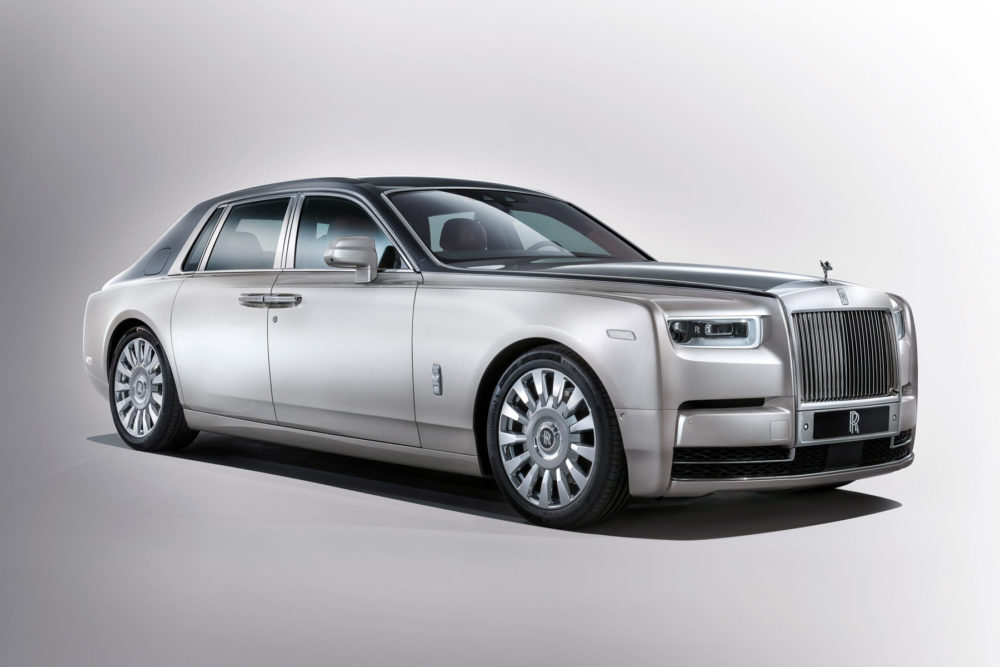 “From its debut in 1925, a Rolls-Royce Phantom has been the choice of the world’s most influential and powerful men and women, and as a result, a constant presence at history’s most defining moments.  As this next chapter in the Rolls-Royce story opens, the New Phantom points the way forward for the global luxury industry. It is a creation of great beauty and power, a dominant symbol of wealth and human achievement. It is an icon and an artwork that embraces the personal desires of each of our individual customers,” said

The new Phantom is built on an all aluminium frame a gives what Rolls Royce describes as a ‘Magic Carpet Ride’. It is powered by a 6.75 liter, 560 hp twin-turbo V12 gasoline engine. No word yet on any climate hugging electric involvement.

This new aluminum spaceframe will underpin every future Rolls-Royce.

It has been designed to be scalable to the size and weight requirements of different future Rolls-Royce models, including those with different propulsion, traction and control systems, thus underpinning the long-term future product roadmap. 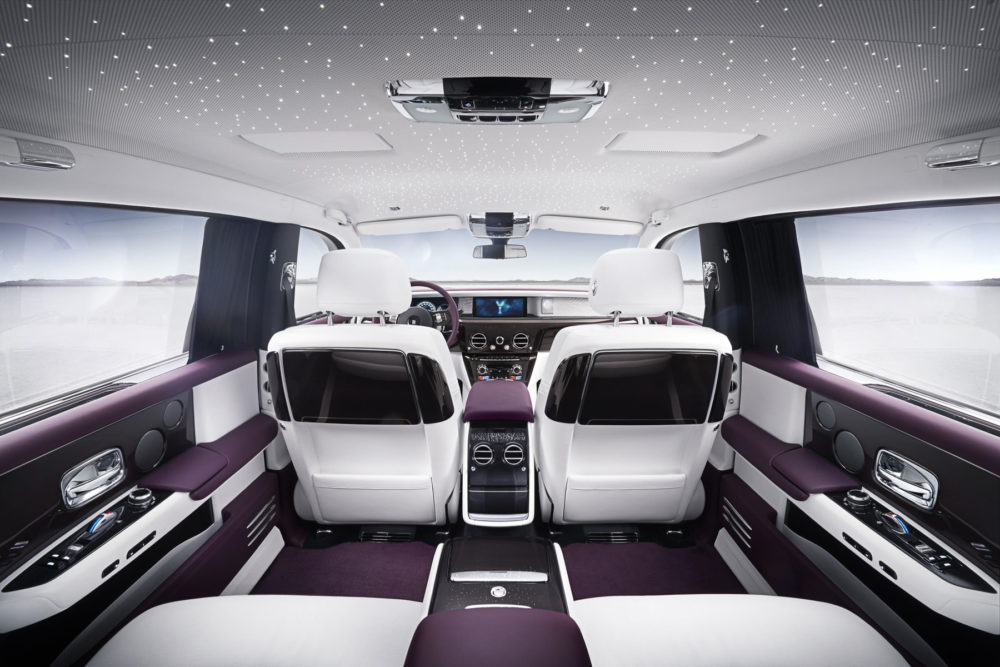 Electric?
That presumably means a possible electric car or plug-in hybrid or maybe a hydrogen one

“The new Phantom has a new double-wishbone front axle and 5-link rear axle deliver astounding levels of control over lateral roll and shear forces and delivering incredible agility and stability, as does the addition of four-wheel steering, all contributing to an undisturbed passenger whatever the driving conditions,” Rolls Royce said.

Itr wilkl be the most silent car inn the world with two-layer glazing all around the car, more than 130kg of sound insulation, the largest ever cast aluminium joints in a body-in-white for better sound insulation, and use of high absorption materials.

Rolls-Royce also worked closely with its tyre supplier to invent ‘Silent-Seal’ tires – which feature a specific foam layer placed inside the tyre to wipe out tyre cavity noise and reduce overall tyre noise by 9db, meaning that conversation within the car is completely effortless.

The new V12 engine is exceptionally quiet with more low-end output at lower revs. It has two turbo chargers that contribute to a low-end torque output of 900Nm at only 1,700 rpm.

No word on price. But we al know that if you have to ask for the price, you simply can’t afford it,