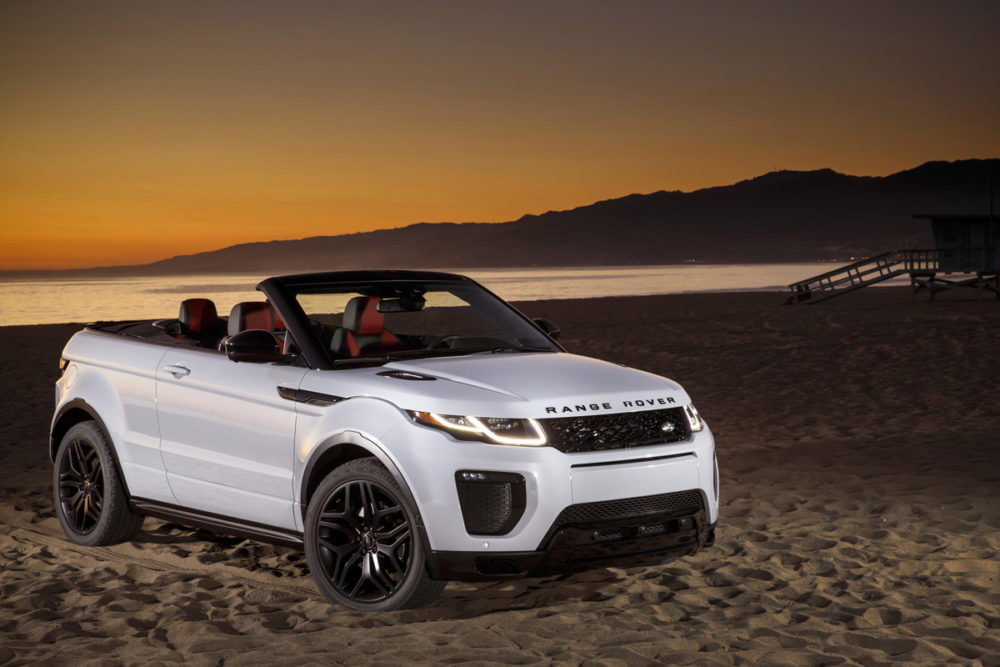 Is This A Loopy Idea, Or Will It Succeed?

Britain’s Range Rover raised eyebrows by deciding to offer a convertible version of its smallest SUV, the Evoque, but although it won’t sell very many, the move makes sense as a marketing exercise rather than a serious attempt to sell more cars in the U.S.

At least the Evoque convertible has the advantage of looking rather elegant, particular at the launch in the French Alps with plenty of snow around.

The company describes it like this.
“The Range Rover Evoque Convertible is the world’s first luxury compact SUV convertible and the first ever convertible production Range Rover. Positioned at the pinnacle of the Evoque portfolio, the new convertible enhances the desirability of the Evoque family, taking the Land Rover brand to a new audience of customers looking for a unique combination of roof-down luxury and refinement,” it said in a statement.

Range Rover is part of Land Rover which is in turn part of the British-based Jaguar Land Rover company owned by Tata of India.

Overwhelming response
“When Evoque Convertible was first shown as a concept, the response was overwhelmingly positive. It was the next logical step to bring the pioneering concept to reality and with a clear design strategy we have safeguarded the distinctive character of Evoque.”

The designer of the Nissan Murano convertible probably said something similar.

There are three engine options for the Evoque convertible; two four-cylinder gasoline engines with 237 or 148 hp, and a 178 hp four-cylinder diesel. U.S. buyers will undoubtedly only get the most powerful gasoline engine, which sprints from rest to 60 mph in less than 8.5 seconds. It has a lightweight fabric roof, all the connectivity you would expect and Range Rover’s well-established off-road ability. Potential buyers will be reassured to know that if the car flips over, which is obviously more likely going off-road, there are roll-over bars hidden in the rear which will deploy automatically in “90 milliseconds”.

Dave Sullivan, Detroit-base analyst at Auto Pacific, pointing out that the Nissan Murano flopped, but thinks there might be a small market for this compact SUV convertible.

“I think the biggest question is “Why”. But you know what, when you look at a brand like Land Rover limited only to off-road types of vehicles, they have to find ways to create buzz and get people talking about the brand, and their ability to take a convertible off-road and that’s something nobody has been able to do,” Sullivan said.

Add weight, complexity
“Do any convertibles make sense? They add weight and complexity and decrease driveability and they aren’t very practical in the first place,” he said.

Like BMW, Mercedes and Audi, Land Rover is looking for new niches to fill.

“The coupe crossover, the Mercedes GLC coupe like the BMW X4 is the way to spread a lot of platform development costs to another type of image vehicle. But it doesn’t make a lot of sense. It takes the utility out of the cargo area and kills practicality,” he said.

Sullivan said Jaguar Land Rover is a “challenger” brand in the U.S. premium sector, like Cadillac and Infiniti.

The company didn’t reveal prices for the U.S., but said they will start at the equivalent of $66,364 after tax in Britain. Now that sounds like a challenge. 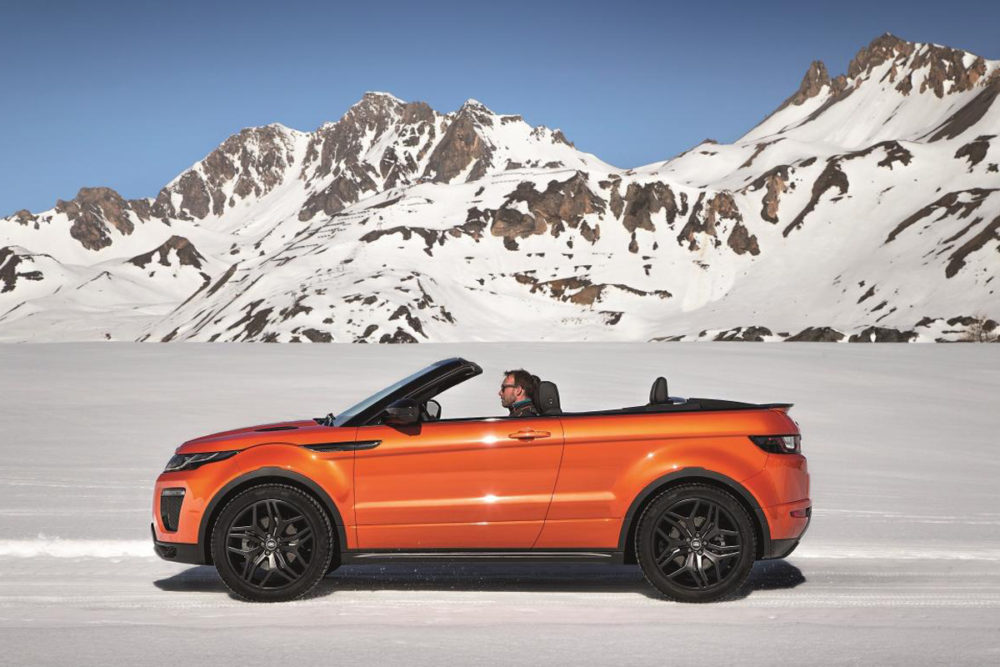 Could Car Industry Be Undone By A Vacuum Cleaner Maker?
Tesla’s Claim For Environmental Friendliness Under Attack

2 Responses to The Range Rover Evoque Convertible, A Roof-Free SUV