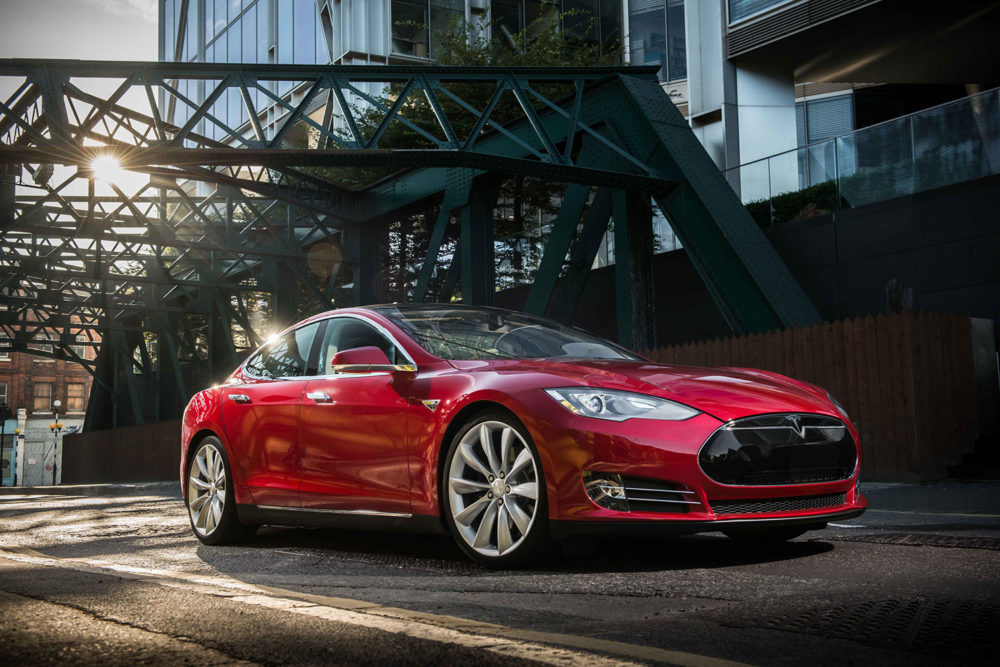 More than 10 years ago I first heard the term “waftability” when interviewing British luxury legend Rolls Royce about one of its limousines. That seemed an appropriate description of riding in a V12 powered trillionaire’s luxury bling barge, which silently oozed along but would just as creamily zoom into amazing acceleration mode when ordered.

I haven’t thought of waftability much since then, but last week I drove a Tesla Model S 90 D for a couple of days, and back came the memory. The Model S 90 creates a similar quiet, restrained ambiance as you cruise around, but when performance is required the effect is quiet magical, almost unbelievable. The response to the accelerator is always instant at whatever speed, the lack of noise from the electric motor, eerie. The actual performance figures bear this out – zero to 60 mph in 4.2 seconds and on to 155 mph on unlimited autobahns but don’t tell the full story. If you try that in a conventional German sports sedan, the experience will be quite different. There will be much noise and increasing of blood pressure.

Not with this Tesla though.

The experience is all the more surprising because of the aura of this all-electric car as the standard bearer of responsible, kind-to-the-environment renewable greenery, which is often linked to hair-shirt self-denial.

Charismatic
Tesla Motors and its charismatic leader Elon Musk have ridden a combination of his chutzpa to defy convention with trail-blazing battery-only cars, and a slow-on-the-uptake conventional automotive industry, which missed the electrification trend. Tesla has forged an early, solid position in the emerging market.

In recent months German manufacturers Mercedes and Volkswagen have belatedly joined compatriot BMW with plans to produce a huge range of electric cars. Meanwhile investment banks have been scrambling to update their forecasts. Morgan Stanley recently raised its projection for battery only cars up to three times, now predicting by 2025 an electric car global market share of between 10 and 15%. Volkswagen is now assuming this will hit 25%.

Tesla has had much success with its assault on the luxury market with the S sedan and the X SUV, but its long-term future depends on the little Model 3, expected to appear late this year. Many industry experts expect upstart Tesla to be trampled when the Germans get their electric act together, not to mention U.S. manufacturers like GM with its Chevrolet Bolt, just going on sale.

Not so, says Professor Ferdinand Dudenhoeffer, director of the Center for Automotive Research (CAR) at the University of Duisburg-Essen.

“No. Tesla will have a big lead because the Germans won’t be ready to compete until 2019 or 2020 and it will have become more stable with Model 3. Tesla is already a premium brand,” Dudenhoeffer said. 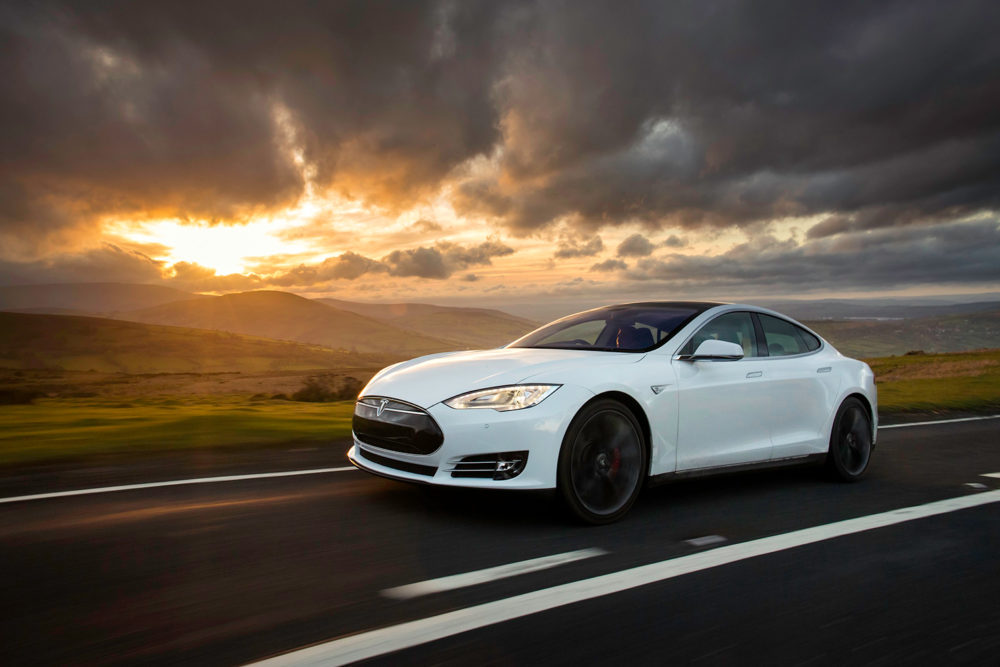 The Wall Street Journal’s “Heard on the Street” column is a bit more skeptical about Tesla, pointing out that about 100 years ago, the trail-blazing Model T Ford, was overtaken by the likes of General Motors.

“By 2020, after electric-product launches from most other global car brands, the choice facing car buyers will be bewildering. In a booming market place, Tesla could lose its early magic just as Ford did,” columnist Stephen Wilmot said.

“Tesla’s early lead in the luxury market is impressive. But experienced manufacturers from the auto industry’s existing hubs are mastering the new technology. They seem more likely to carry the electric torch into a more affordable era,” Wilmot said.

But back to the Model S. Tesla has added a few improvements, including a new design for the grille. There are also some software updates, which buyers can easily download, at a price. This includes an overhaul of the huge touchscreen and improvements to the Autopilot, and Cabin Overheat Protection, which shields children and pets. Collision Avoidance and automatic emergency braking are also current improvements.

Charging network
Tesla makes a big deal about the long range of the Model S, and in Europe, its improved network of charging stations. If you ask the SatNav for a long-distance route, it will give you staging posts for charging, now claimed to reach half of battery capacity in 20 minutes. Given that mean less than 200 miles, there’s room for improvement here. I tried to recharge the car at my home – 12 hours will get you about 90 miles on a standard plug – but it blew a fuse after about an hour. Must get a proper charger for the new electric car age.

I briefly tried the limited autopilot function, which only operates on big highways, and it is impressive as the car changes lanes, keeps it distance from other cars and accelerates to your selected cruising speed, but it would take a bit of getting used too, I’d say. For the first time in my motoring career I needed to ask Google to find out how the key fob worked. 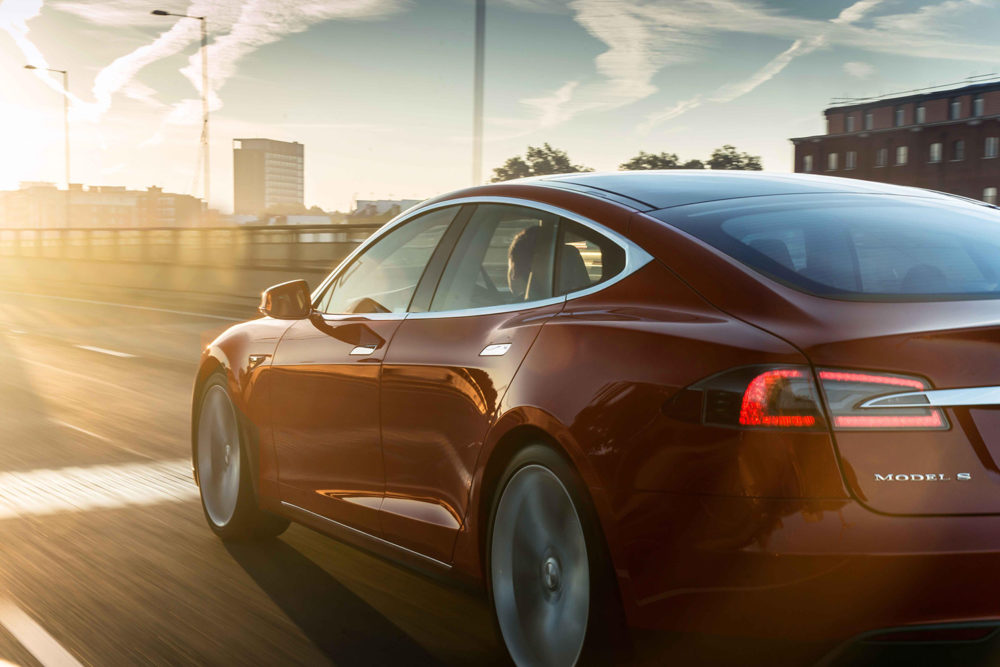 So Tesla has the edge in the electric car world for the time being, with due respect to the little Nissan Leaf, Renault Zoe and VW Golf E, and the Chevrolet Bolt/Opel Ampera E. This undoubtedly will be reinforced by the emergence of the more down-market Model 3.

But when we see the roll outs of the Porsche Mission E, Audi e-tron, VW electric Phaeton, and Mercedes Generation EQ SUV, it won’t just be Rolls Royce and Tesla owners wafting around the world’s highways.