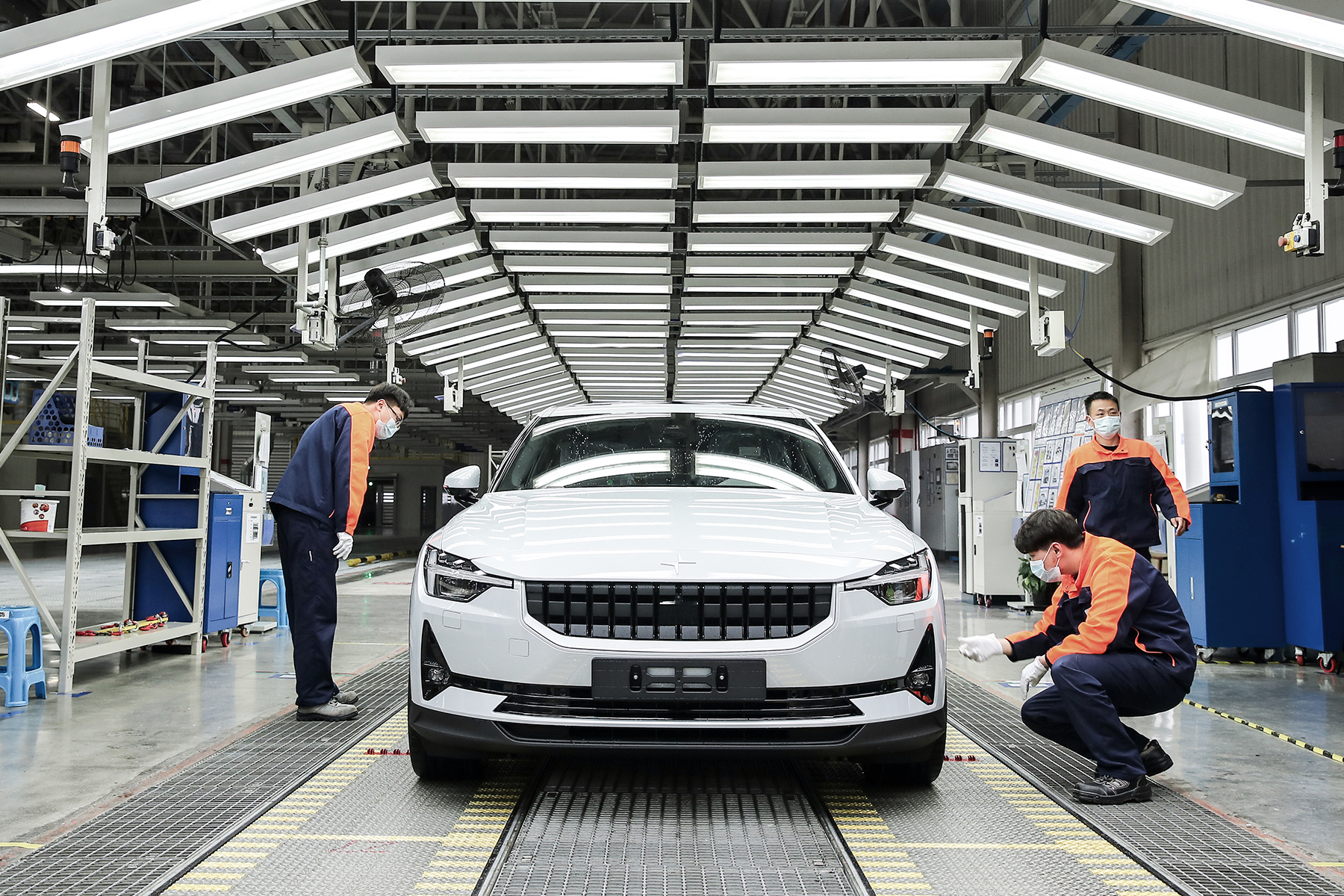 Electric upstart Polestar grabbed the headlines with its first vehicle, a brash, beautiful, in your face, low volume plug-in hybrid super-car priced at about $155,000, but the serious work starts now with the launch of the “2” all-electric four-wheel drive hatchback which must first face down the Tesla Model 3 as it cranks up an assault on global markets.

Polestar is a subsidiary of Sweden’s Volvo, which in turn is owned by Zhejiang Geely Holding of China and it is charged with attacking the market for premium electric vehicles dominated by Tesla, but which will soon be filled with tasty new models from the likes of BMW, Mercedes, Audi and Porsche.

The “2” shows early electric car makers don’t seem too bothered by the need to find a charismatic name, but it is supposed to be a big seller as Polestar expands its range. In 2022, Polestar will launch the “3”, according to French consultants Inovev, which will be a bigger vehicle than the “2” and an SUV. The Polestar “4” is scheduled for 2023, according to Inovev, and will be a direct competitor with the Tesla Model S. The design of the “4” has been hinted at with the concept “Precept”, shown at the Beijing auto show in September. All Polestars are made in China, although there has been speculation it might one day build a factory in the U.S., not least to avoid current high tariffs.

This highly-ambitious and expensive program requires big investments, and according to Reuters, Polestar is in talks to raise between $800 and $900 million. The ultimate aim is a flotation on stock markets, but before the big plans can take shape, some early, teething problems must be fixed. In late October it recalled the recently launched “2” to replace faulty invertors, after another recall earlier in the month, when several cars lost power and about 4,600 were recalled from markets in China, the U.S. and Europe. Polestar doesn’t yet have the ability to update software over-the-air but plans to introduce this next year.

Another potential problem concerns the claimed range of the “2”. I recently drove one for about 5 days. https://www.wintonsworld.com/polestar-2-review/) Polestar claims a range of 292 miles, but I never managed to charge it to more than 270 miles. So far, so trivial, but on the highway at normal legal cruising speeds the range claimed as available disappeared at more than twice the rate as the actual miles. And on slower routes of country lanes, urban and city driving, said to be the sweet spot for battery electric cars (BEVs) and with maximum regeneration, the “2” also produced an actual range far lower than the claimed one. An email to Polestar seeking clarification hasn’t been answered.

Polestar has said recently it plans to raise sales to more than 50,000 in two to three years, but analysts reckon this seriously underestimates its true ambitions.

Unknown brand
Doesn’t it seem strange not use the established brand like Volvo to sell in the premium sector and use an unknown one with no pedigree, from China?

“I don’t think not having an immediately recognized brand is necessarily that detrimental to its ambitions. I think you still have to be quite open-minded to choose an electric vehicle and I think aspects like the appearance/design will go a long way towards bringing in customers to look at it, but there is also something familiar about it. I also don’t think the fact it is built in China is a huge thing either. There isn’t anything telling about the car that its built in China, but even if background research brings it up, the links with Volvo are similarly referenced,” Fletcher said.

Felipe Munoz, global automotive analyst at JATO Dynamics thinks Polestar is pointing in the right direction, but competition will tighten when the Germans get into high gear.

“I think Polestar has a future right as it is positioned at the moment. The Polestar 2 is a good start because they brought a handsome fully-electric, midsize hatchback to rival with only the Tesla Model 3. They launched an electric midsize premium car way before the traditional premium brands. That’s a big accomplishment,” Munoz said.

“However, it won’t be easy. All non-German premium brands face difficult times when it is about gaining market share. Volvo, Tesla, Lexus are the only ones that have been able to gain a decent position. This is why I think Polestar has a future: it is part of Volvo, widely known, and it bets on the electric cars, the success formula of Tesla,” Munoz said.

Polestar wants to pioneer new ways of selling cars, including a subscription model which would include all costs like insurance and maintenance in a single monthly payment, with no money required up front. Taking another leaf out of Tesla’s book, it will have Polestar Spaces in trendy city centers, with operatives not allowed to engage in the hard sell. Tesla has another wannabe competitor to face down.

Tesla Model X Still Ahead Of BMW iX, Despite Years Of Research
Most Investors Expect Ferrari’s Financial Strength To Continue