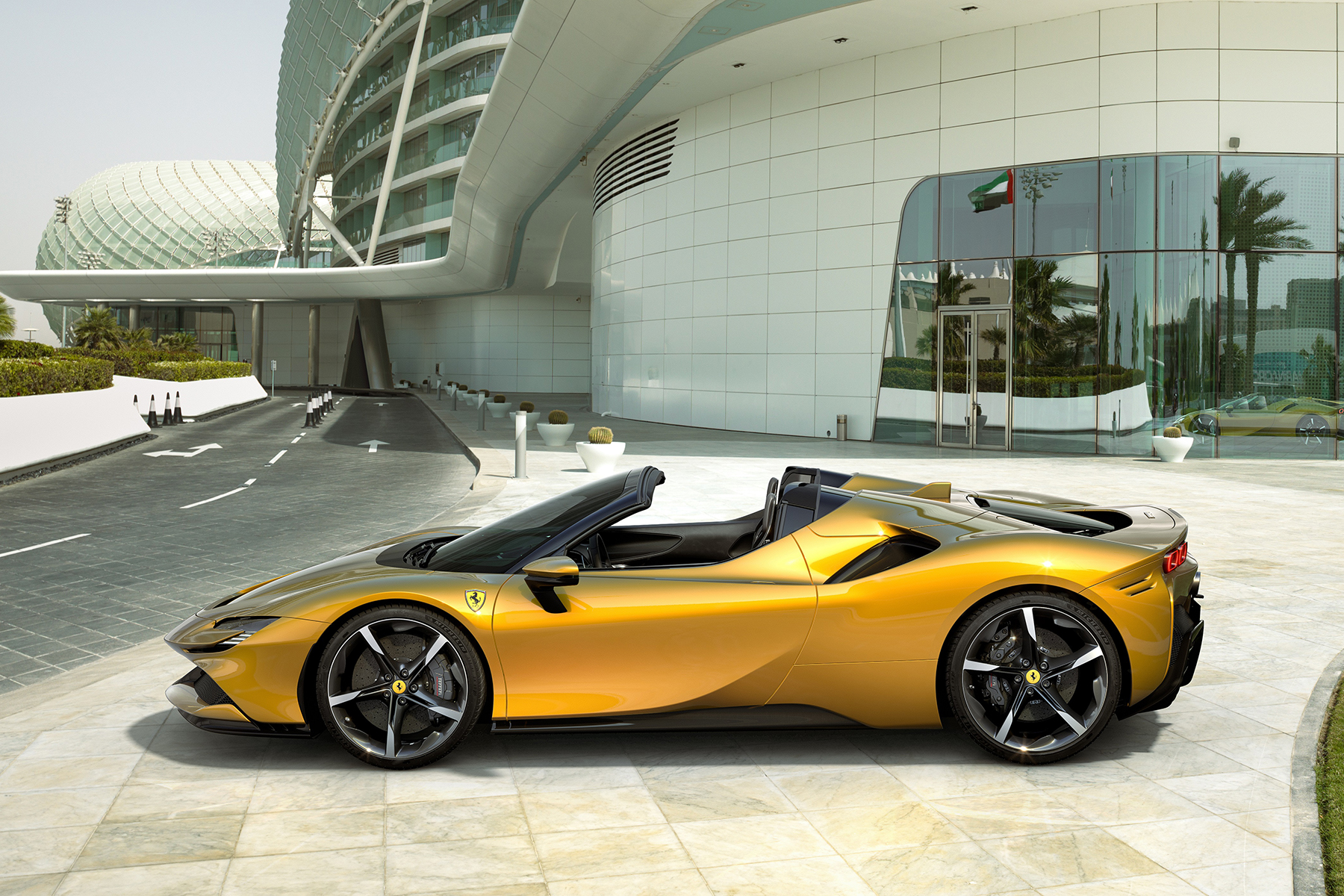 For all its magnificence as a business, Ferrari remains a very expensive stock

Ferrari, legendary sports-car maker for the rich and famous, produced another stellar financial report, the share price zoomed and most investors were happy.

Ferrari’s share price suggests it is classed as a luxury goods purveyor, rather than a boring old car company, but some wonder if it has accelerated into unsustainable territory, while analysts question its involvement in F1 racing, where its pitiful and hugely expensive recent performance doesn’t seem to have had any impact at all on Ferrari’s sales in the market place.

The Ferrari share price has jumped by 15% since late October and it has scored a stunning 50% advance from the coronavirus stricken low of about €116 in April. On Friday in Europe, the share price sagged about 0.5% to €173.85, according to Reuters data.

Ferrari said sales and profits were boosted by sales of the higher-priced Monza 12-cylinder vehicles, and deliveries of the SF90 Stradale and the recently introduced Roma were fulfilling targets. Ferrari unveiled the new more powerful Portofino in September. For all of 2020 core earnings would reach about €1.125 billion ($1.3 billion), up a bit from the previously predicted €1.075 billion to €1.125 billion.

“Ferrari’s unparalleled earnings and cash flow visibility should be even better appreciated during times of uncertainty with (profit outlook) raised to the top end of the range. Management flagged a strong order book and long waiting lists for new models pointing to a favorable set up into 2021,” said UBS analyst Susy Tibaldi.

U.S. investment bank Morgan Stanley liked what it saw it too, saying the stage was set for a strong 2021. The current quarter would be exceptionally strong, based on the momentum provided by the 3rd quarter.

Meaningful growth
“We view Ferrari as our highest quality stock and we expect meaningful growth in shipments, ancillary revenue opportunity and growth in EBITDA (earnings before interest, depreciation and amortization) margins. The valuation is comparable to leading luxury goods player, Hermès, which we think is justified,” Morgan Stanley auto analyst Adam Jonas said.

But Bernstein Research analyst Arndt Ellinghorst isn’t so sure.

Ellinghorst said on the face of it the 3rd quarter was impressive, but he wondered if the current level of profit was sustainable, and the share price might be on the high side.

“We retain our Underperform rating and continue to struggle with the valuation case for this company. For all its magnificence as a business, Ferrari remains a very expensive stock – and we believe the modest cash generation does not justify the current market value. Given the company’s limited earnings surprise potential and the very high valuation, we see much better opportunities in other/premium auto names,” Ellinghorst said.

“A high stock-market valuation suggests investors see little risk of any impact on the Ferrari brand from the racing team’s woes. So why does the company bother with expensive motor sport at all?” Wilmot said.

Ferrari has said it plans to grow by introducing more models to attract a broader group of new customers, rather than through expanding volumes within models. The Portofino was aimed at buyers between 35 and 45 with young families. The recently launched Roma is aimed at younger buyers between 30 and 40. One more launch is expected before the end of the year.
Morgan Stanley has said it expects Ferrari sales to double by 2030 to over 20,000, and double again by 2040. In 2019, Ferrari sold 10,131 vehicles, up 9.5% on the previous year.

Ferrari is controlled by Italy’s Agnelli family through Exor.