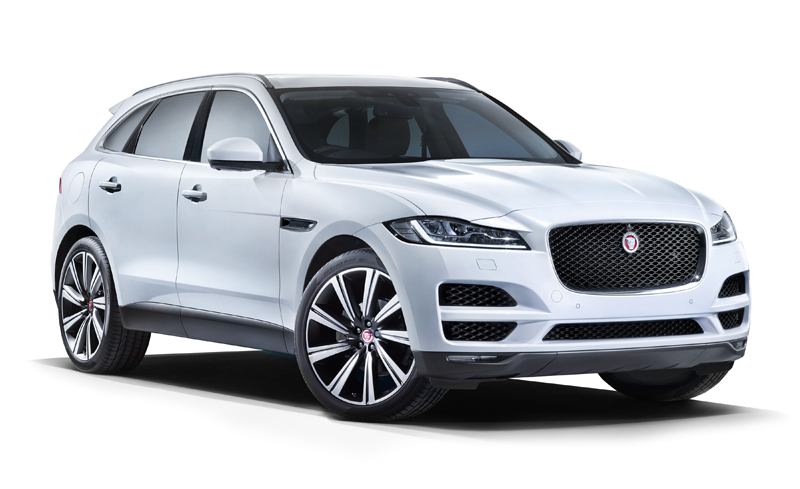 SVETI STEFAN, Montenegro – Jaguar has succumbed to commercial pressure, cast aside tradition and decided to make an SUV, the F-Pace, which goes on sale in the U.S. next month.

Jaguar joins Maserati, Bentley, Aston Martin, Rolls Royce, Lamborghini and Maybach, famous sporty upmarket brands forced to admit that to survive and make money, they must grit their collective teeth and make small trucks, albeit fast and luxurious ones.

Jaguar decided to give its SUV a weird sounding name, F-Pace, but there is an element of logic to the choice. Jaguar says it reflects the link of design cues in the F-type sports car, and company founder William Lyons who once said that every Jaguar must combine Grace, Space and Pace. Jaguar is now owned by Tata Motors of India, which along with stable mate Land Rover, was bought from Ford Motor Co in 2008.

Jaguar launched the F-Pace here in Montenegro, a tiny, poor and under-developed country across the Adriatic from Italy and once part of communist Yugoslavia. This was probably because it gave drivers the chance to drive more off-road than on and demonstrate its 4×4 abilities, never under much doubt because of the in-house expertise of Land Rover.

Suicidal
Montenegro became independent in 2006 when it voted to sever ties with Serbia, but is now seeking to join the European Union. It has no serious modern roads, and the ones it has are often pot-holed and narrow. The wild nature of many Montenegro drivers might have been a factor too because apparent and repeated suicidal attempts at over-taking gave the F-Pace many opportunities to demonstrate its nimble handling, fantastic braking ability and last-ditch, state of the art safety technology.

When Jaguar announced it was making an SUV, critics wondered if that made sense given it was likely to cannabalize sales of stable-mate Range Rover’s Sport, or more expensive versions of the smaller Range Rover Evoque, and Land Rover Discovery Sport. Jaguar believes this won’t happen because the F-Pace will appeal to more sporty SUV buyers.

Priced competitively
“The F-Pace is priced very competitively (starting price $40,900) on a par with the Audi Q5 and Mercedes GLC, so it’s not close to competing with the (much more expensive, starting price $65,495) Range Rover Sport. The F-Pace is really aimed squarely at the most competitive highest volume segments in the U.S. Mid-sized SUVs are extremely popular here and the F-Pace fits right into that area,” Sullivan said in an interview.

Sullivan said Jaguar is not a full line luxury brand, and was suffering until now because it lacked an SUV. But he said Jaguar was revamping the brand, trying to make it more competitive and more value oriented.

“Jaguar is a challenger brand with a fraction of the volume of the Germans and Lexus, and until now hasn’t had products which lined up with what shoppers were looking for,” Sullivan said.

The current introduction of the small XE sedan, in the BMW 3 series sector, will help to improve things. According to Jaguar, last year its vehicle line-up of the mid-sized XF, the big limo XJ and the two-seater sports cars gave it access to a market worth 380,000 vehicles a year. The addition of the XE takes it to 877,000 and the F-Pace 1,200,000. Jaguar said the market for premium medium SUVs, already booming in 2015, will zoom by another 50% by 2020.

Diesel comes later
Jaguar will offer 3 versions of the F-Pace in the U.S. – a supercharged 3.0 liter V6 with 380 hp, a supercharged 3.0 liter V6 with 340 hp, and a 2.0 liter, 180 hp diesel which goes on sale later this year. The gasoline powered cars go on sale in May. The diesel starts at $40,900 and the top of the range 380 hp version costs $56,700. The range-topper can scoot from rest to 60 mph in 5.1 seconds. All have four-wheel drive and eight-speed automatic gearboxes. Jaguar says it uses a high proportion of aluminium in the construction for strength and lightness.

Inevitably, it will be looks which catch the attention of potential buyers, and the Jaguar can definitely hold its head up high in this part of the race.

The Porsche Macan is the car to beat in this segment, and Jaguar says it has the edge in interior space, while its dynamics are very competitive too. The demand for connectivity looks to be well covered both in infotainment and safety.

Jaguar proudly unveiled what it believes to be a unique benefit, a so-called “Activity Key”. This is a rubber wrist-band which carries an embedded electronic virtual key, so you can park the car on the beach, lock it up with the key inside and when you return from surfing or swimming the wrist-ban will unlock the car.