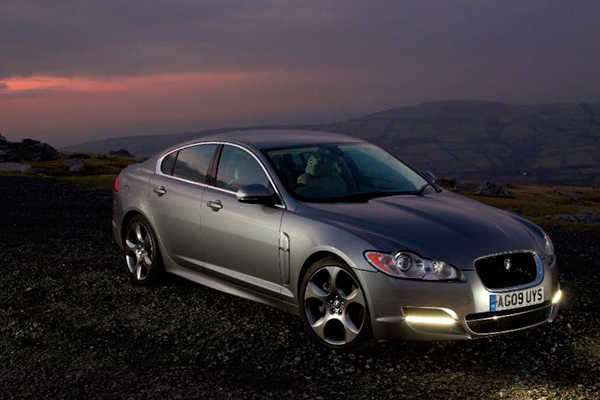 For – looks nice now, hard to fault
Against – won’t protect your investment like a BMW

Jaguar has tidied up the looks of its XF saloon, making it more like the fabulous XJ, added an eight-speed automatic gearbox and has introduced a new four-cylinder diesel at the bottom of the range.

Revisions to the grille, bonnet and front wings give the car a more muscular, purposeful appearance. The range-topping XFR rocketship receives its own unique look while an alternative ‘Aerodynamic’ option is available on all other derivatives giving three different styling options.

The headlamps now incorporate xenon technology and LED daytime running lights. The tail lamps have been renewed and now extend on to the central portion of the boot lid. A powered boot is now standard. 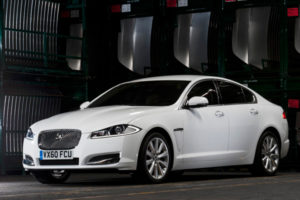 The styling changes seem to do the trick improving the initial understated, not to say bland body styling, into a more exciting and attractive look. Don’t forget that the initial styling was preceded by a bit of a con trick, where the concept was designed to whip up a “wow” factor, even though the eventual lower-key look had already been cast in er stone.

The new four-cylinder 2.2-litre turbodiesel engine, borrowed from the Land Rover Freelander and Range Rover Evoque, produces 187 hp and 450Nm of torque. 60 mph is reached in 8.0 seconds and top speed is 140mph. Average fuel consumption of 52.3mpg is claimed. Some hopes. It sounds a bit clanky at start-up with the windows open, so there’s an obvious remedy there. This entry level version starts at £30,950, almost affordable, wouldn’t you say?

Jaguar has also introduced stop-start with the new diesel engine, with fuel economy said to be improved by between five and seven percent. This claim is hard to verify, but must be tempered by the fact that whenever you drive in thick traffic a stop-start system quickly stops working because the battery can’t fulfil all the power requirements. Stop-start systems are more of a boost to company green credentials rather than giving any real achievement in economy. 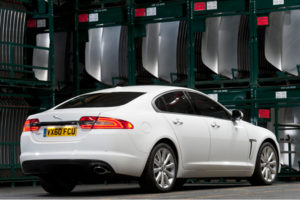 Nifty
The XF retains the nifty feature on all modern Jaguars; when you turn on the engine the gearbox selector rises from the centre console and air vents rotate to their open position. Useless but neat. The XF has a stunning interior, with beautifully designed instruments, and with much aluminium on display. Jaguar says that although the dashboard doesn’t use traditional wood, the interior has more wood in total that the previous model, with inlays in the doors and other cabin decoration.

The XF is available with two other V6 diesels – 3.0 litre 237 hp or 3.0 litre 271 hp. There are two petrol V8s – one with 380 hp or the supercharged XFR with 503 hp. All cars are now much quieter, according to Jaguar, although that was already pretty much achieved.

My favourite version was the 271 hp diesel, which starts at £42,950 and this is a fabulous machine. The new eight-speed ZF automatic gearbox gives you smoother, faster shifts than the previous six-speeder. It reacts intelligently whether you are putting your foot down, or trying to ooze your way to your destination using the least amount of fuel possible. 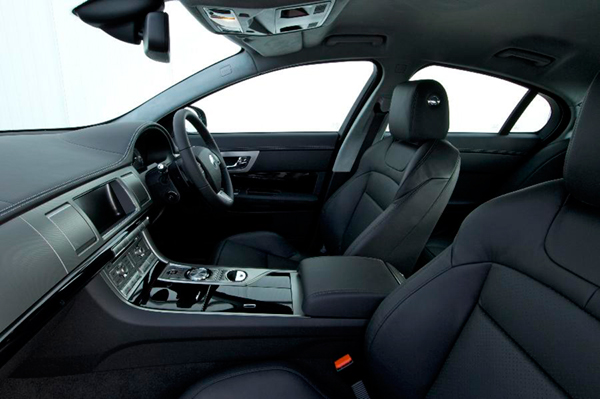 Seamless, awesome, quiet
The power, when required, is seamless, awesome and quiet. The almost instantaneous reaction to a request for acceleration via your right foot is so impressive, you wonder why anyone would opt for the much more expensive and thirsty range topping V8 petrol beasts. The steering is as you would expect from a Jaguar – tight and responsive. The ride is compliant, but not too soft. Bumps are absorbed with panache and without resorting to German-style harshness.

If you are going to buy a car like this, the choices are absolutely awesome. My number one candidate would be the BMW 5-series, which now looks understated and beautiful after the dreadful Chris Bangle-designed predecessor. The Lexus GS is impossible to fault, would cost less, and has a hybrid option. The Mercedes E class still looks dull to me, while the A6 is similarly understated, although its A7 sibling is in the same price class and looks the business. 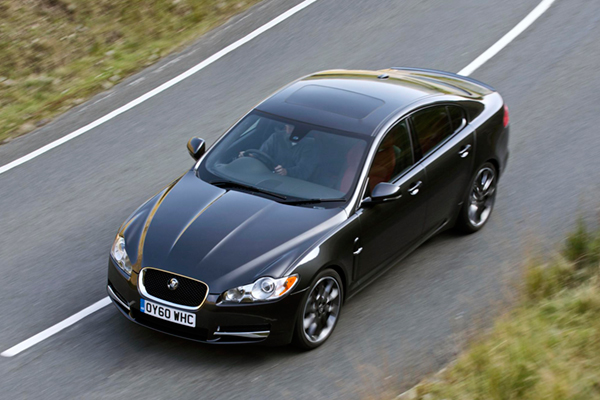 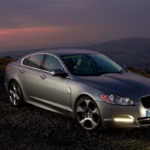 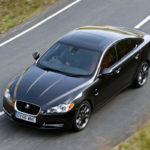 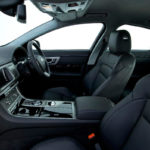 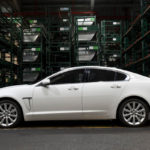 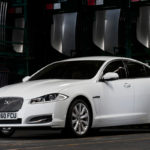 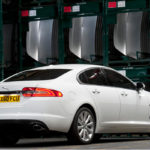