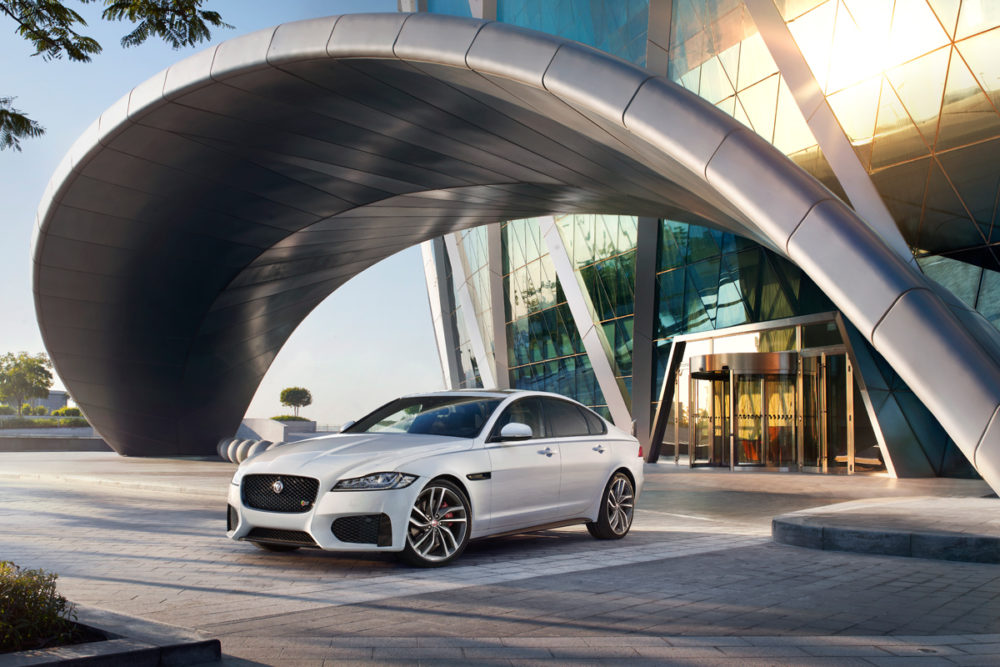 For – looks terrific, great quality, excellent drive, not German.
Against – can it differentiate itself from formidable opposition?
****  £58,355

Jaguar’s second generation mid-range XF saloon is lighter, sleeker and has new engines which replace some of the ones it inherited from its days as a Ford subsidiary.

It looks a bit like the old one, but Jaguar insists it’s all new. Competition remains harsh, including the BMW 5 series, Mercedes E class, Audi A6, Cadillac CTS, Lexus GS and Infiniti Q70. 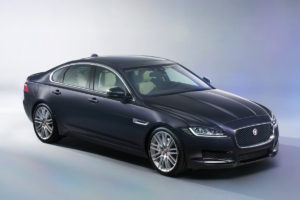 This new Jaguar model has a 3.0 litre V6 diesel producing 296 hp driving the rear wheels which will power you to 60 mph from rest in 5.8 seconds. Base models use a new 2-litre four cylinder Ingenium diesel engine producing 161 or 178 hp. There may be even a V8 one day. All-wheel drive is optional. You can order a six-speed manual gearbox or an 8-speed automatic. There’s a bit more room inside than the old one and it looks suitably upmarket. There’s much connectivity to play with and a new 10.2 inch touchscreen.

The car’s designer is pleased with his work. 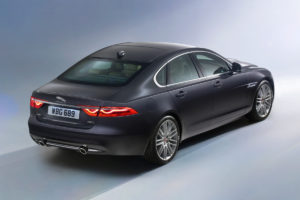 “I believe the all-new XF is the best looking car in its class. Elegant, handsome and with proportions that imbue a great sense of integrity – the all-new XF is true to the great tradition of sporting Jaguar saloons (sedans) while being completely of its time.” said Ian Callum, Director of Design, Jaguar.

The old XF started the idea of a rotary gear shift controller, rotating air vents and phosphor blue ambient lighting to set the cabin apart from the competition. The new XF retains all this, and uses Jaguar’s aluminium-intensive architecture to enable weight savings of up to 418 lbs.

Needless to say, the ride and handling are top class, and the performance awesome. 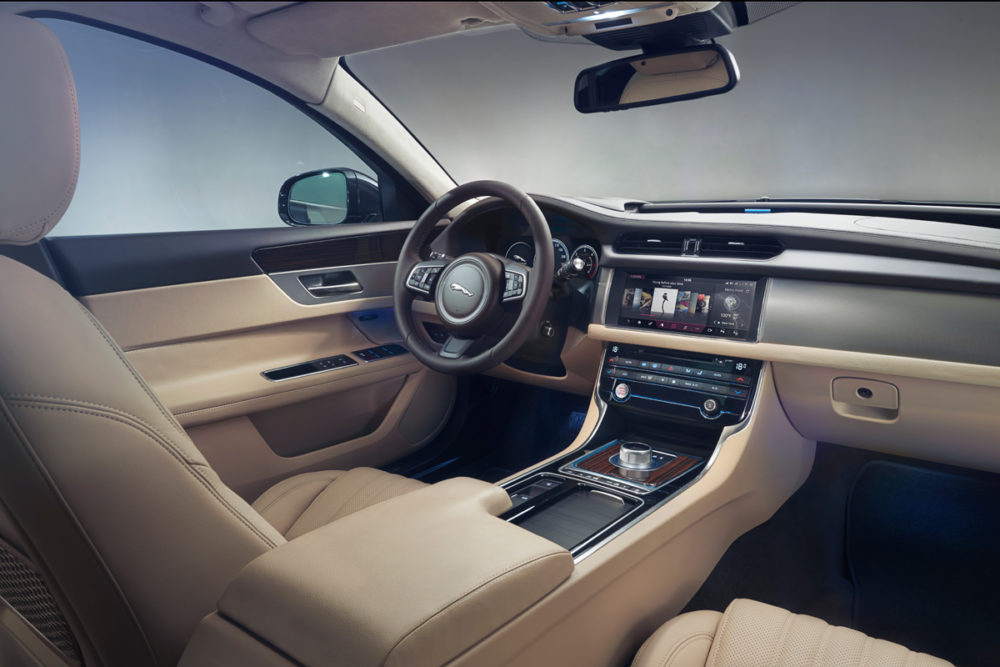 Driver distraction
Jaguar Configurable Dynamics technology enables the driver to individually tailor settings of the dampers, steering, engine and eight-speed automatic transmission. To minimize driver distraction the new XF offers a color laser head-up display. Compared to competitor systems, this technology is said to be smaller, lighter, and generates high contrast images which are easier to read in strong sunlight.

Prices in Britain start at £32,300 if you want a six-speed manual gearbox. Most people will choose the 8-speed automatic, I’m sure. The lightness comes from more aluminium in the body, which prompts Jaguar to make an outrageous, unattainable claim that one version will get you 70.6 mpg. With all the furore surrounding the Volkswagen “dieselgate” scandal, you would think this kind of hyperbole would be a thing of the past. Jaguar though is not alone.

To minimise driver distraction the all-new XF offers a colour laser head-up display. Compared to competitor systems, this technology is smaller, lighter, and generates high contrast images which are easier to read in strong sunlight. 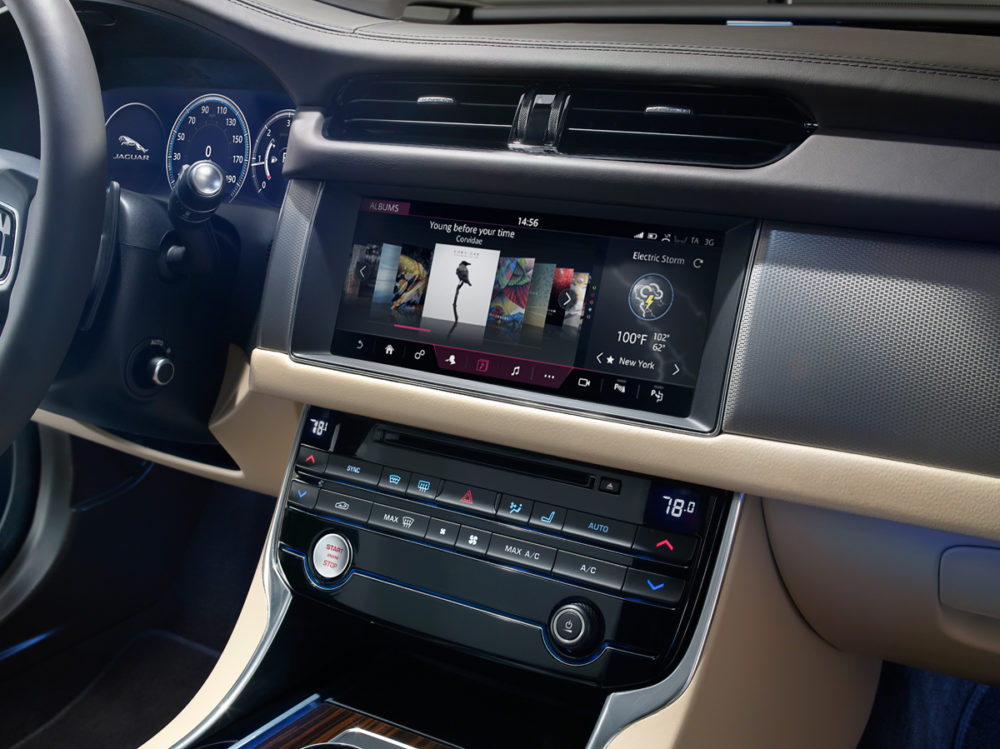