“hard to decide which of these thoroughbreds is best. If you drove all of them, after each drive you’d say, “Yes, I must have that one”.

For – beautiful, raucous, exhilarating.
Against – best not have any embarrass genes.
***** out of 5

LLEIDA, Spain – I have been risking life and limb trying to probe the handling on the limit of Jaguar’s new F-Type coupe so that I can better advise you whether to buy one.

I have also been seeing how fast I could make it go, and managed just under 160 mph on a circuit called MotorWorld near this town in Catalonia, Spain. If you doubt my word, you can watch the video attached to this story. 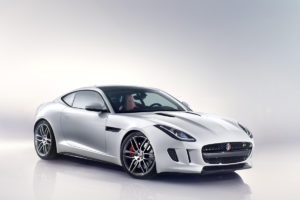 In fact, I have no idea just how this Jaguar rates against the competition in terms of handling at the limit, only to say that it seemed pretty good to me, charging into blind corners with adverse cambers that made me think it would be impossible to come out the other side alive. Thanks to the professional driver at my side, supplied courtesy of Jaguar, my path around the circuit was massaged and polished up a bit. Embarrassment was avoided. Earlier the proper driver demonstrated the car’s amazing power and agility before handing over the reins to me. He showed bravery beyond the call of duty by remaining in the car while I tried my hand.

This is a breathtaking machine. It looks even better than the convertible I drove last year. The rear is especially pleasing. But from side and front it is simply beautiful. And the noise it makes. This car is not for the shy and retiring; if its handsome lines don’t grab your attention, the shriek and roar of the howling engine will. The convertible version launched last year was terrific, but had a fatal flaw. The boot was laughably miniscule. But the coupe has a much bigger boot, which Jaguar claims will take two golf bags. One would be enough, but this seemingly boring and narrow quality, might well make the difference between success and failure in the U.S. 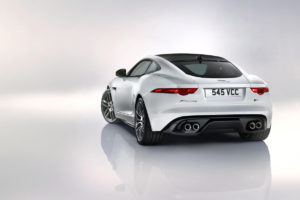 Jaguar launched the F-Type coupe at this historic city in Catalonia, about 100 miles west of Barcelona. The area boasts the race-track mentioned above, and also demanding mountain roads and highways to show off its ability to cruise over long distances comfortably. It does. The top of the range R Coupe has a 543 hp 5.0 litre V8 supercharged engine catapulting the car from rest to 60 mph in 4.0 seconds. Prices start at £83,340. More affordable versions are the base-model with a supercharged V6 335 hp engine, (£50,045) or a more powerful V6 “S” producing 375 hp (£59,045).

The R Coupe will reach 186 mph on unlimited German highways before the computer steps in to say “enough”. Computer technology to raise safety levels and improve handling and efficiency include an Electronic Active Differential and Torque Vectoring. A spoiler rises up at the rear end when the speed hits 70 mph, which might give speed-cops an unfair advantage when they see it deploying.

Optional extras include ceramic brakes, which provide more durable stopping power, while all models have an eight-speed “Quickshift” automatic gearbox, with manual override using paddles on the steering wheel. The F-Type boasts an all-aluminium body offering more strength with less weight. A glass-roof option adds to the already dramatic styling. One button on the dashboard lets you induce the engine to make even more noise. 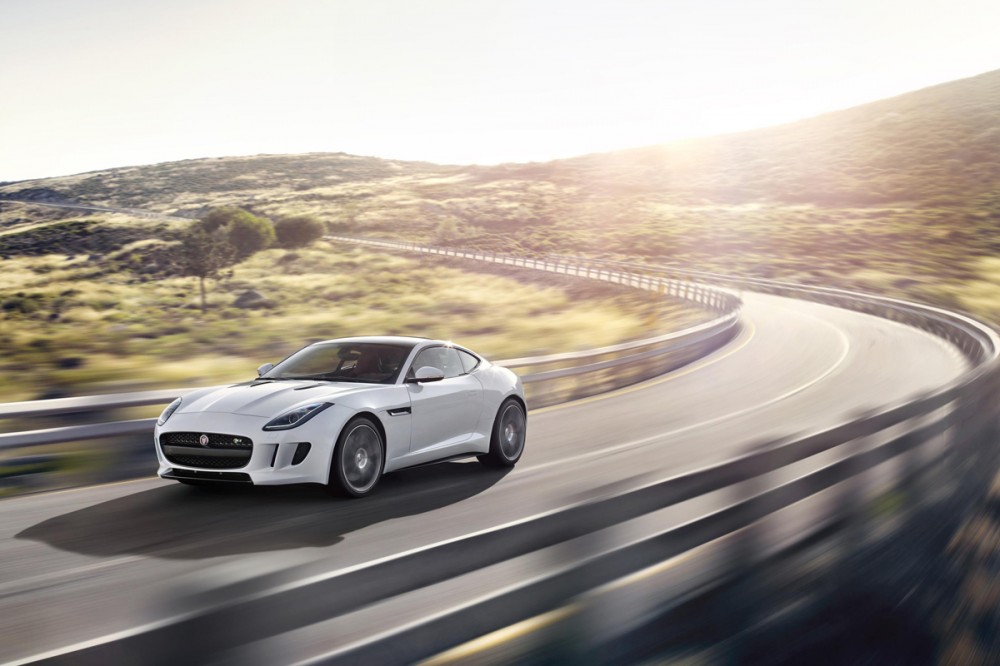 Howling crescendo
“It offers an authentic, rich sound, developing to a howling crescendo as the upper limits of the rev range are reached,” the Jaguar blurb says.

The system also makes a howling noise when you simply turn on the engine, which good neighbours might want to disable.

The F-Type needs to be good because higher priced versions have some formidable competition including the Porsche 911, Aston Martin Vantage, BMW M6, Audi R8, Mercedes SL, and loaded versions of the Cadillac CTS Coupe, Ford Mustang, and Dodge Viper.

It is hard to decide that any of these thoroughbreds are better than the rest. Probably, if you drove all of them, after each drive you’d say, “Yes, I must have that one”. You could let your accountant drive your decision, and buy the one that would be worth the most after three years. That would probably push you towards the Mercedes, but if you are successful enough to be able to buy one of these dream machines, you’ll probably tell the suit to take a hike, and buy the one you lusted after the most. That’s likely to be a win for the Jaguar, I’d say. 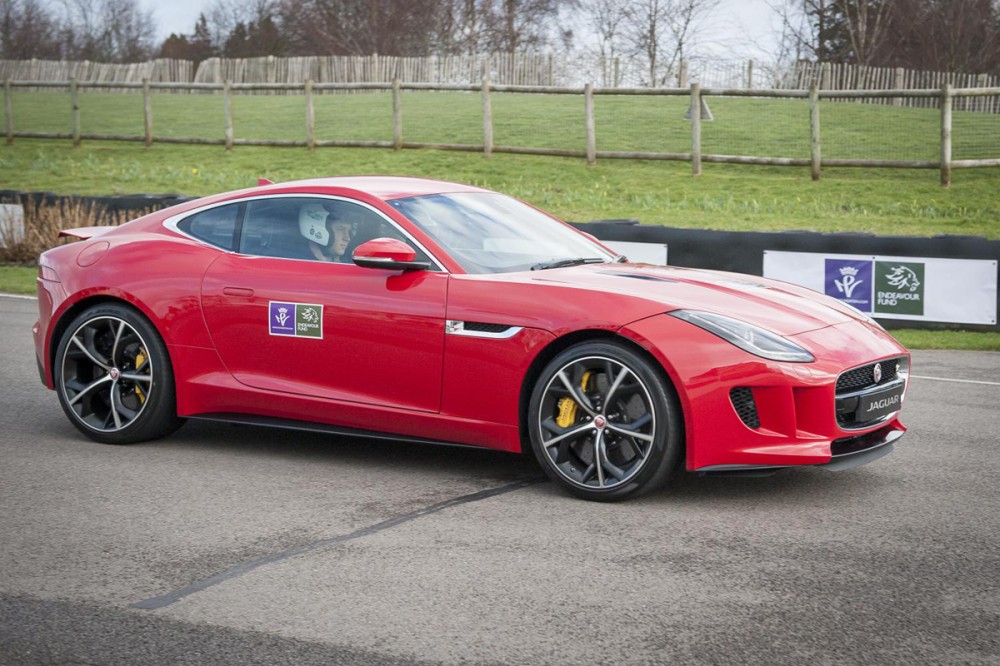