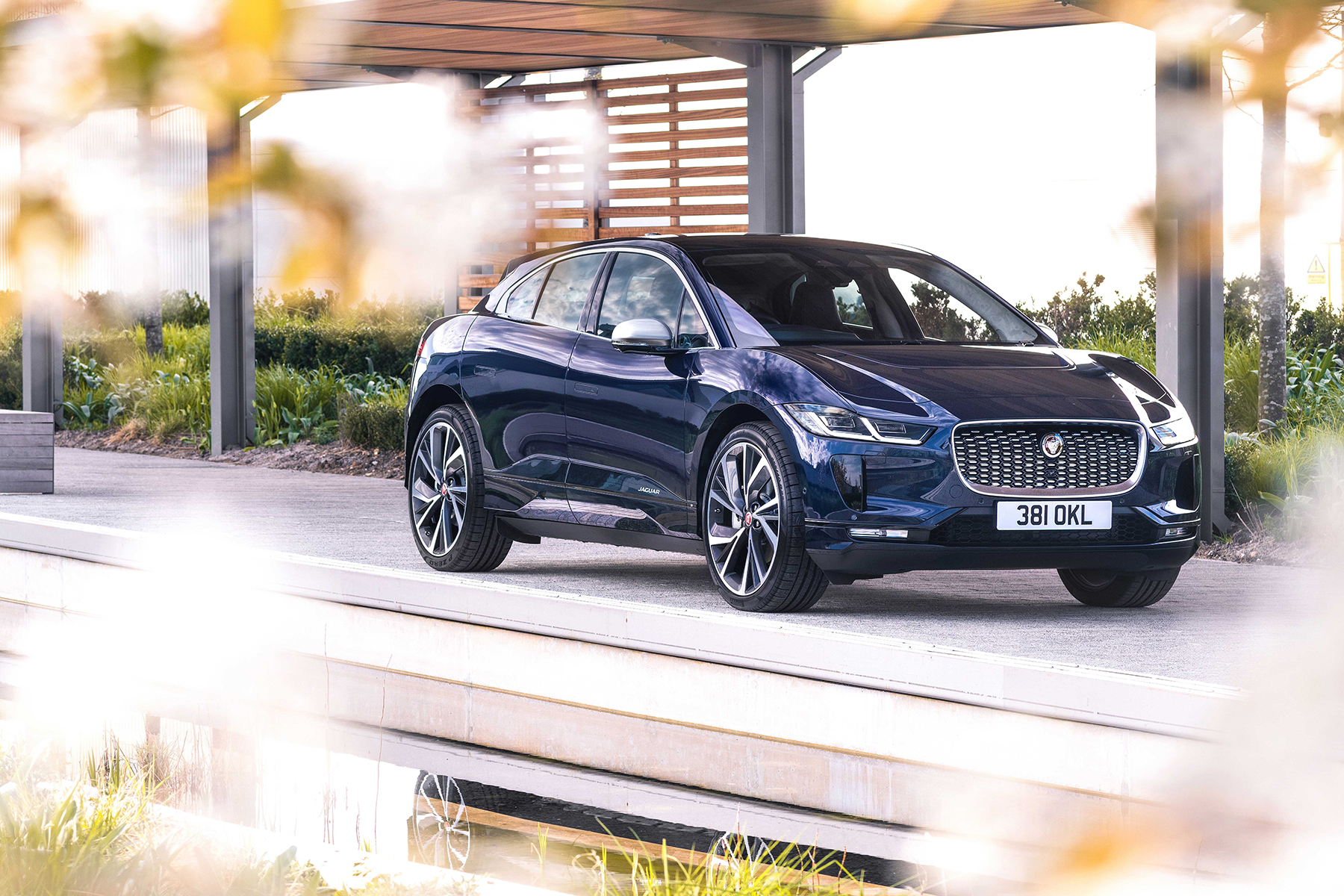 “Reduce capacity and lay off workers as demand slackens, but that’s not the solution. If a broad alliance with BMW or any other manufacturer interested in making premium could be agreed, that would make sense”

Storied British luxury sports sedan, sports car and SUV maker Jaguar’s future is on the line as its Indian owners, Tata Motors, huddle to decide how the coronavirus-devastated company, along with its siblings at Land Rover, can survive and thrive when the dust settles.

Tata Motors need to decide what to do with its loss-making JLR subsidiary. JLR lost 422 million pounds ($525 million) before tax in the year ended March 31, after losing 3.6 billion pounds ($4.5 billion) in the 2019 financial year. (Jaguar’s numbers are not revealed). So JLR has been in financial trouble for some time, and fallout from the coronavirus crisis will have brought the need for existential decisions to a head.

Tata Motors said in mid-July action will be decided in a few weeks, so that suggests the news will break in August.

Industry experts reckon the Land Rover arm of Jaguar Land Rover (JLR) could use some rationalization as it fights its way out of a self-imposed diesel-dead end, but its brand power has allowed great success against world class opposition from Germany’s BMW, Mercedes and Audi, and Japan’s Lexus.

Diesel power, with its superior fuel economy and smooth power delivery, had seemed the ideal solution for big SUVs and sport sedans. Until “dieselgate” that is, when Volkswagen was discovered covering up pollution levels in 2015, and diesels fell out of favor. Until 2018, over 90% of Land Rover’s output were still powered by diesel

Both Jaguar and Land Rover use too many so-called “platforms” and these need to be drastically cut to slash costs and shorten development times. “Platforms” are the basic engineering needed to make a vehicle. In times past, each car would have had its own components, from city minicar to family runabout to wagon to top of the range high-speed cruiser. Now even the biggest manufacturers use two or sometimes three basic “platforms” which can be the basics of say, a city car, a small SUV and a sports car. Companies like VW used this across multiple brands as well.

Jaguar’s sports sedans, the XE, and XF and the big limo the XJ haven’t set sales alight in a world where SUVs are king. The little XE, unleashed to fight the BMW 3-series, spurted ahead for about a year, before stalling roughly one-third of the way to its targeted 100,000 a year sales. Luckily the long-promised and delayed switch to SUVs came with the F-Pace in 2015 and E-Pace two years later, but even these big sellers came with the suspicion they might have been at the expense of Land Rover. The all-electric I-Pace has generated favorable publicity but not much in the way of actual sales.

What is Jaguar?
And Jaguar seems to have lost a sense of where it stands in the market-place, what it can do best, and where it can find high-profit margin sales. As Tata Motors carries out its cost-cutting agenda, some of its sedans like the XE and XF could be for the chop. The big XJ limo is about to go all-electric, while a promised massive J-Pace SUV, expected in 2021, would fit the bill nicely in the U.S. market, Jaguar’s biggest. The J-Pace would expect to take sales from the Porsche Cayenne, although it might also dent some Range Rover prospects.

There is also a suggestion that Jaguar might switch to become an all-electric brand, while rumors persist that it or all of JLR might be sold off to Groupe PSA or an ambitious Chinese company. JLR’s recent deal to make battery-components with BMW suggests where a future alliance might take place. Soon to retire JLR CEO Ralf Speth has said the company can stand alone, but needs to cement alliances. This is the only way to make sure JLR can compete with the much bigger German and Japanese competition’s massive cost base advantage.

This makes sense
“The need now is to reduce capacity and lay off workers as demand slackens, but that’s not the solution. My feeling is that if a broad alliance with BMW or any other manufacturer interested in making premium could be agreed, that would make sense,” Dudenhoeffer said.

Dudenhoeffer said reports Groupe PSA, which includes Peugeot, Citroen, Opel and Vauxhall and shortly to include Fiat Chrysler Automobiles (FCA) too wouldn’t be the right choice for Jaguar or Land Rover.

“Jaguar needs innovation, not cost cutting. (PSA CEO Carlos) Tavares would put Jaguars on Opel platforms and that wouldn’t end well, as with Ford some years ago,” Dudenhoeffer said.

“It depends on the possibility of cooperation and cutting development costs. If there’s a success in that, yes it has a good chance to survive. It would be great to do a deal with BMW, however my feeling is that isn’t going to be easy. After September Speth will no longer be CEO and he understands BMW (Speth was hired from BMW). If some guy without his experience runs the company, it will be a little bit more tricky,” Dudenhoeffer.

David Bailey, Professor of Business Economics at Birmingham University, said Jaguar must establish a niche for itself as the sporty, electric alternative, even with its SUVs.

“I think JLR has been trying to do too much, using 4 or 5 different platforms while a manufacturer like Volvo uses only 2 and is not trying to compete across the board, but just going at niches. Jaguar has to go for the premium luxury electric market and it is already doing that with the XJ,” Bailey said.

Bailey said that as Europe is recovering more slowly from the coronavirus than China, it is inevitable that Chinese companies will look to make acquisitions, and Jaguar might be on their radar. Groupe PSA might be interested too. But he still thinks Jaguar can do well.

Means a lot in the U.S.
“The Jaguar brand means a lot in the U.S., their biggest market, and it does have global appeal. Jaguar has been too slow into new technologies and new markets. It was too slow into diesel, slow into SUVs and is it now going to be slow in electrification? But it’s been trying to be all things to all men but couldn’t compete with companies like BMW. It really needs to focus on niches,” Bailey said.

Go more niche
“I think Tata will keep Jaguar going with a reduced product line-up and a big cut in investments. The solution, if there is one that works, surely has to be to go more niche. They can’t go head to head against Audi, BMW of Mercedes for reasons of product/production scale, but also dealer networks and market access. They do have a remaining strong brand and image, and it’s still much linked to racing,” Wormald said.

“The propulsion issue is a very difficult one. I have my doubts about electric cars. The diesel problem is just a damn shame, it was the perfect solution for large premium rear wheel drive (sedans) and their immediate derivatives. Go back to (gasoline) engines? Bet on not everything going electric, even if heavier taxes are placed on liquid fuels,” Wormald said.

Birmingham University’s Bailey said if Jaguar does decide to embrace the premium luxury electric niche, it must move quickly before it is swamped or it will be a niche no longer.

Will Jaguar be around in 5 years?

“I hope it will be. I think it’s a brand that has a lot of resonance around the world. JLR has to build Jaguars on common platforms with distinctive and sporty vehicles using the same underlying technology as Land Rover,” Bailey said.

CAR’s Dudenhoeffer sees many possibilities for Jaguar, and Land Rover, including alliances and takeovers which offer the chance of long-term success, except one.

“The worst case from my point of view is if it goes to (Groupe) PSA,” Dudenhoeffer said.