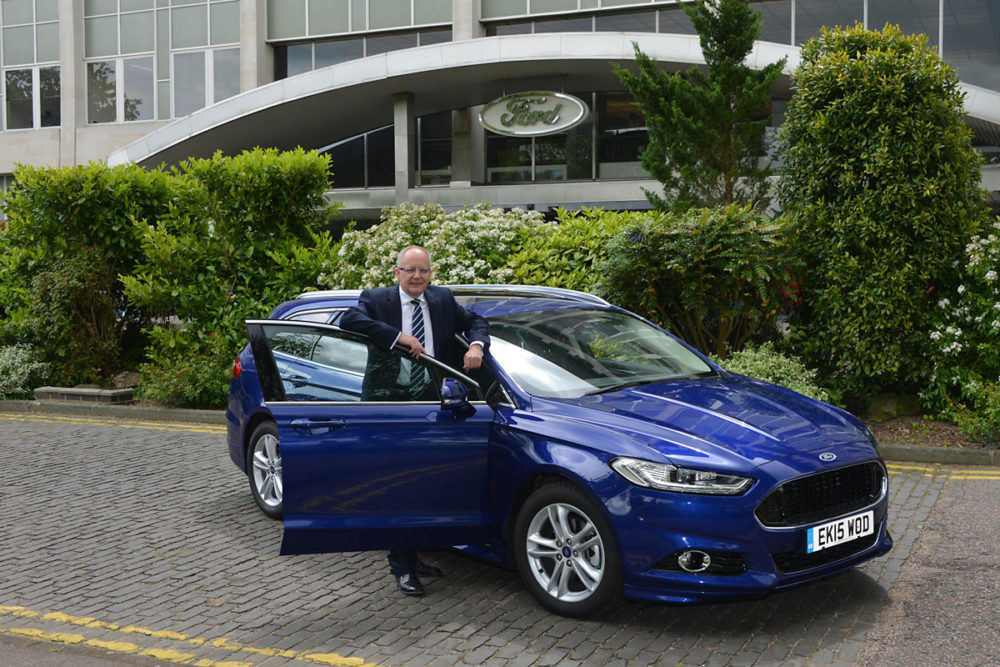 Ford Plea For Britain To Stay In EU Could Spark Political Storm.

“We will not turn our back on England” – GM Europe.

Car manufacturer Ford said it wants Britain to stay in the European Union and has effectively entered a potentially divisive political campaign which could undermine the future of the nation’s favourite brand.

Ford said Britain should stay in the European Union because it was good for business. Campaigners wanting Britain to leave the E.U. argue that if it left, a free-trade agreement would quickly be negotiated and business would carry on as usual. That’s because Britain is such a huge market for the German premium manufacturers like BMW, Audi, Porsche and Mercedes-Benz, and mass car makers like GM Europe’s Opel-Vauxhall, Ford, France’s Renault and Peugeot-Citroen, and Fiat.

Other car companies are treading warily around the issue of whether Britain should vote to remain in the E.U. or leave. A referendum is scheduled to take place before the end of 2017. Currently, both sides, which appear evenly matched in opinion polls, are cranking up their campaigns.

General Motors has been much more reticent than Ford. Asked about the future of Vauxhall’s two big factories in England if it chose to leave the E.U., GM Europe CEO Karl-Thomas Neumann told journalists at the Frankfurt Car Show last month it wouldn’t make any difference.

“We will not turn our back on England,” Neumann was quoted by Reuters as saying.

Vauxhall is the number two selling brand in Britain behind Ford.

Nissan backs off
Even Nissan, led by Carlos Ghosn who has in the past been adamant that if Britain left the E.U, the company would have to reconsider its huge investment in its Sunderland plant, has backed off taking sides. Recently, in a BBC Radio interview, Nissan UK said it planned to spend another £120 million to produce the next generation Juke small SUV there and refused to be drawn on whether Britain leaving the E.U. would make any difference.

Ford Europe has taken a more controversial tack. In March this year, Ford Europe CEO Jim Farley said told the BBC Britain should stay in the E.U. to keep it at the forefront of global production.

“We really believe that the UK being part of the E.U. is critical for business,” he was quoted as saying.

At the Geneva Car Show around the same time, Barb Samardzich, Ford Europe vice president and chief operating officer, told me in an interview that the company’s position was to wait and see. Ford would live with whatever the British electorate decided, she said. Ford Britain, explaining the discrepancy, hinted that Farley had misspoken because he was relatively new to Europe.

Britain should stay
But at a press briefing Friday Ford Britain came down four-square against Britain leaving.

“We are a European business and want to stay in Europe,” Barratt said.

Wasn’t he worried about the potential political impact on Ford’s business in Britain by becoming identified with a potentially unpopular political cause?

“No. This is a business decision,” Barratt said.

Why not say we will accept whatever political decision the British people deliver? Isn’t there a likelihood that free-trade would continue, even if Britain pulled out of the E.U.?

“Based on known knowns, we want to stay in Europe,” he said.

Barratt says this is a business decision for Ford, but potential customers might not see it that way. It’s not hard to imagine the negative impact on Ford’s sales if it is seen as interfering in a political campaign.

Currently, the major issue in the campaign is immigration. Many British voters are worried that the right of free movement within the E.U., will lead to a rush of immigration to Britain unless it leaves. Other issues concern arguments about the democratic deficit of being a member of the E.U. When the last referendum was held on British membership in 1975, politicians assured voters that the E.U., then called the Common Market, was simply a free trade organisation, with no political implications. Since then, most E.U. members, notably Germany, have been urging ever closer European Union.

Ford and other car makers have form on issues like this. When Britain faced the choice of joining the euro single currency in 2002, they were almost unanimous in claiming that Britain faced a bleak economic future if it didn’t sign up. If it didn’t join, car makers would leave Britain on mass. Since deciding not to join the euro the industry has thrived in Britain, while many eurozone participants have been crippled by membership. Given that as the campaign hots up the eurozone example will be levelled at companies like Ford, it might be wiser to wait on the sidelines for the referendum result.