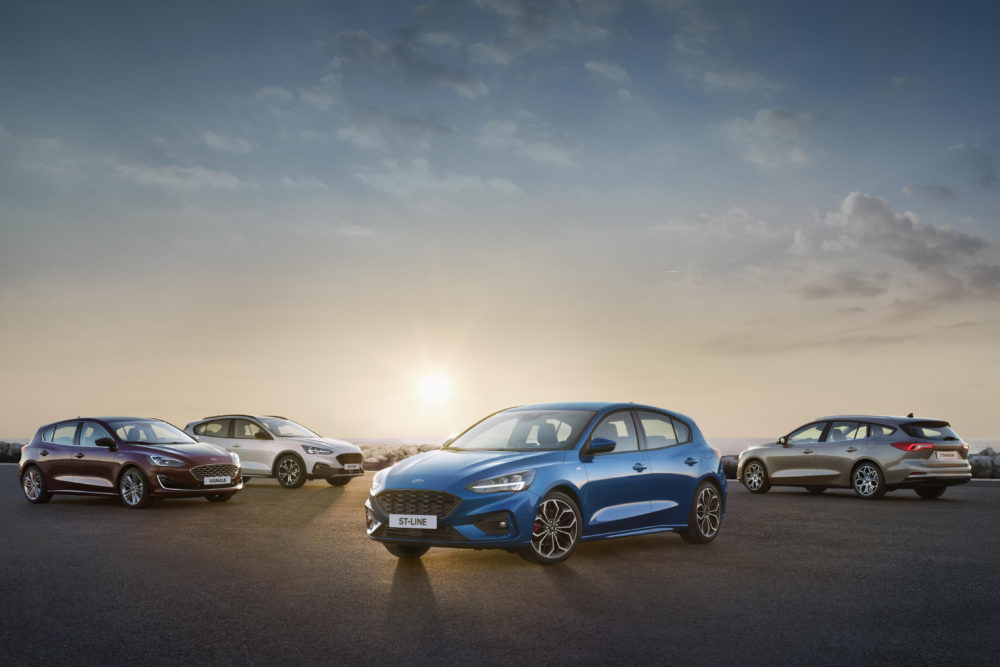 Ford of Europe unveiled its new Focus global compact family sedan Tuesday, which will go on sale here and in China later this year and in the U.S. in 2019.

The Focus will be available as a 5-door sedan or wagon. Ford makes much of the connectivity of the new Focus, but the range of engines in Europe – 1.0 liter and 1.5 liter gasoline and 1.5 liter and 2.0 liter diesels – are conventional, at least at this stage. There is a head-up display and leather and 8-speed automatic on the most expensive models.

“Each model has an outstanding combination of comfort, safety and driver assistance technologies, helping to make the all-new Ford Focus the most accomplished and technically advanced Focus ever,” Ford Europe said.

At the top of the range sits what Ford calls the “luxurious” Focus Vignale, joining the upscale Ford range that already includes Mondeo, S-MAX, Kuga, Edge and Fiesta.

“We’re evolving our successful One Ford strategy to find new ways to create a sporty-looking small car our customers will love,” Jim Farley, Ford’s head of global markets, said in a statement.

This mainstream family car segment in Europe is led by the Volkswagen Golf, followed by the Skoda Octavia, Opel/Vauxhall Astra and the Focus in 4th place.

“Despite the fall, and the negative trend seen during the last years, this segment is still a key one in Europe, said Felipe Munoz, global automotive analyst at JATO Dynamics.

“The new generation (Focus) looks very attractive but is nothing different than the usual evolution of a popular car. Ford wants to keep playing an important role in the European compact segment through a modern and appealing car that will have to face the coming all-new Golf, to be revealed by the end of this year”.

“However, there’s little growth potential for all compacts, as consumers continue to shift from the traditional segments to SUVs, and compact SUVs are proving to be very popular. Therefore, the new Focus’ main threat is not the next Golf, but the next generation Ford Kuga, just to give an example of how C-SUV will continue to complicate things for compact cars,” he said.