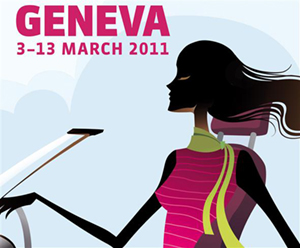 Hyundai i40, Kia Picanto Remind Us That Korea Threat Not Going Away

GENEVA – Europe’s biggest car manufacturers will be showing off their latest gleaming new products at this month’s Geneva Car Show, but the future looks bleak as sales stagnate and the industry’s underlying health is threatened by a lack of profitability, induced in part by a failure to tackle overcapacity.

One of standout cars at the show – the new Hyundai i40 – underlines Europe’s dilemma. Europe needs to finally address the problem of overcapacity to fight off new, more efficient manufacturers like Hyundai and Kia of Korea, but has no intention of doing so, or at least can’t summon up the required amount of courage.

In the U.S., with a bit of help from Uncle Sam, companies like formerly bankrupt General Motors and Chrysler have taken savage action to shut factories deemed surplus to requirements. They are emerging fitter and leaner and better able to compete on world markets.

But in Europe, manufacturers have for years been accused of retaining capacity to produce about 30 per cent more cars than the market will bear. They have done little to fix this.

Car sales in Western Europe are expected to slip by about two per cent to 14.2 million in 2011, according to automotive forecaster J.D.Power. Last year sales fell around five per cent as expensive government cash-for-clunkers subsidy schemes expired. Consumers have been spooked by fears about their economic future, while governments levy higher taxes to help plug massive budget deficits.

“On our estimates all the mass market players are losing money in Europe itself,” said Bernstein Research analyst Max Warburton.

This excludes German premium manufacturers like BMW, Mercedes and Audi, which continue to thrive with big, high-margin sales in the U.S. and China. Don’t expect action to put the mass car makers in order.

“At some point something will have to give in Europe. Perhaps it will take another recession to flush out capacity or for Europe to follow the U.S. with government-led restructuring. But don’t hold your breath,” said Warburton.

As long as Europeans fail to reform, the more they will become vulnerable to Asian competition. This didn’t matter so much in the past when the Koreans paraded cheap and cheerful cars which sold on price alone. That’s not true anymore.

At the show, Hyundai of Korea is introducing the i40, a stunning station wagon which looks more like a Mercedes than a Ford Mondeo competitor. Its compatriot Kia will unveil the redesigned Picanto minicar and the Rio, to go along with its highly successful SUV, the Sportage.

There a few new mainstream cars on parade, but most stands will show a new battery powered or plug-in hybrid concept car to keep the green critics at bay. For the dreamers, Lamborghini of Italy will unveil its new flagship supercar, the 700 hp V12 Aventador. Mercedes of Germany will introduce the new C-class coupe and SLK roadster. The Fiat stand will show fruits of its tie-up with Chrysler, spotlighting various American cars with Lancia and Fiat badges. This will include the Lancia Grand Voyager, a Chrysler people mover in disguise, and the Lancia Thema, otherwise known as the Chrysler 300. The Fiat Fremont will be recognised by Americans as the Dodge Journey. Fiat now owns 25 per cent of Chrysler, which owns the Dodge and Jeep brands.

The annual Geneva Car Show opens to the public March 3 through March 13.