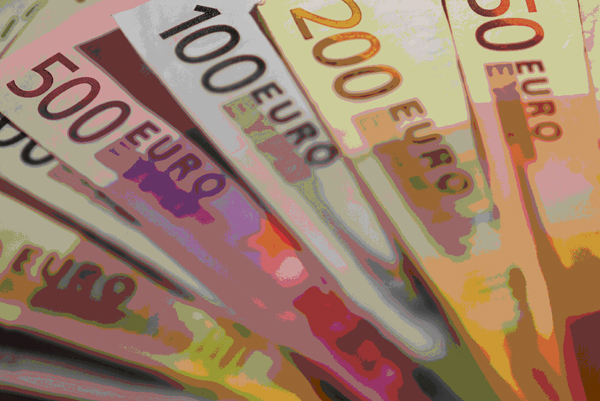 “The basic business model is broken. In the good times they don’t make much money and in bad times they make huge losses. That’s not sustainable”

Whoever said it’s an ill wind that blows nobody any good, knew of what they spoke. As the European automotive industry reels from the worst recession since the 1930s, you might think that when it emerges battered and bruised from the bad times, it might at least be better equipped to face the oncoming onslaught from Asia.

When economies crumble and car sales plunge, a company can downsize and reorganize, take difficult decisions to cut jobs and close plants. Or it can turn to the government for help. A government bailout might be the savior in the short-term, but European car manufacturers’ troubles are well known. Overcapacity and inefficiency are endemic. Everybody knows that this long-term problem will need to be addressed one day if the threat from India, China, Korea and Japan is to be faced down.

But tax-payer coffers have been opened and reform put off.

In Germany, with an election looming on September 27, it is hard to expect any tough decisions until that’s over. France doesn’t have the same excuse.

Germany is prepared to lend up to 4.5 billion euros ($6.4 billion) to save loss-making Opel-Vauxhall. It has already provided a short term loan of 1.5 billion euros ($2.1 billion). Last year Opel-Vauxhall (and Saab, the old GM Europe) lost $1.6 billion, and is expected to lose almost twice that in 2009. Opel-Vauxhall hasn’t made serious profits in years. France has lent Renault and Peugeot-Citroen 3 billion euros ($4.2 billion) each, as they plunge into the red. Peugeot-Citroen had planned to cut costs by moving production and jobs from France to lower cost Eastern Europe. This was said to be the only way to secure the long-term future of the company. That plan won’t be on the agenda any time soon. The politicians will see to that.

News that Germany and France have recently emerged from recession (although Europe as a whole hasn’t) also lessens the chances of action.

No choice
The trouble is, if Europe’s manufacturers are to survive in anything like their current form, there really isn’t a choice. Action will have to be taken. The European industry has at least 20 per cent more factory capacity than it needs, according to investment bank Credit Suisse. With the exception of Germany’s Volkswagen, European mass car manufacturers haven’t been very good at making profits. Europe can choose to shake itself up, ditch the hopeless value destroyers and prepare for a successful future facing down the new competition. Or it can evade the truth, take government handouts, and prepare for a slow, subsidized death.

Professor David Bailey of the Coventry University Business School says things can’t go on as they are.

“The basic business model is broken. The manufacturers will continue to churn out masses of cars and persuade consumers to buy them by cutting profits. In the good times they don’t make much money and in bad times they make huge losses. That’s not sustainable,” Bailey said.

Action before bailout
Before governments decide on bailouts they should insist on action.

“Before handing over money they (governments) should force changes to make companies more efficient. This is a lost opportunity in terms of restructuring and in terms of meeting environmental challenges,” Bailey said, pointing out that he was referring to mainland European manufacturers. The British car industry has taken its hits over the years, losing much of its domestic-owned industry, which had been replaced by highly efficient Japanese transplants. Bailey suggested that the European Union should decide what a sensible size for the European industry should be and where cuts should fall.

Fitch Ratings analyst Emmanuel Bulle said that as the recession approached, he had expected a sizeable (and ultimately healthy) shakeout.

“A few months ago I said that a concentration is likely to resume and that at least one of two Europe players, including General Motors Europe, may disappear in the process,” Bulle said.

“I would now say that government’s intervention to support short-term social peace makes this concentration and restructuring only a distant possibility,” Paris-based Bulle said.

“In pure economic terms Opel-Vauxhall should probably go under, but interestingly enough they are being preserved by (German Chancellor Angela) Merkel, leader of the (right of centre) Christian Democrats, while Peugeot and Renault are being bailed out by (French President Nicholas) Sarkozy from the centre right,” Williams said.

Despite the fact that left of centre, or social democratic, parties were on the decline across Europe, it seems that populists of all political colors wanted to protect their car industry.

“My guess would be that the willingness of centre right governments in Germany and France to subsidize the car industry, plus the weakness of social democrats in Northern Europe, means we are likely to see more protectionism. We are far from a world where the post-Thatcherite British model represents the future of Europe. We are in a world where politics beats economics,” Williams said.

Korean threat
But according to a study from Credit Suisse, the threat from South Korean manufacturers is about to ratchet up even higher, pushed by a combination of a new free trade agreement with the E.U and Korea’s depreciating currency.

Korean brands like Hyundai and Kia have been the major winners from scrapping incentive schemes implemented by Germany, France, Italy, Spain and belatedly Britain. Credit Suisse said this has boosted the Korean share of the Western European market to about 4 per cent from 3 per cent. The ending of tariffs and the depreciating Korean Won will give an advantage of about 2,000 euros ($2,800) per car.

“A 30 per cent depreciation of the Korean Won versus the Euro may add to price pressure in the European market, giving Korean manufacturers about 2,000 euros in price flexibility before hurting their margins on imports,” said Credit Suisse analyst Stuart Pearson in a report.

As well as South Korea, manufacturers in India and China are also cranking up their factories for a new assault on European, and U.S., markets in the next few years. European government’s eagerness to help struggling automakers in the short term isn’t going to help them face down this effort.

According to Fitch’s Bulle, the industry knows what has to be done to secure a healthy future for itself, but in these times of economic crisis the priority has become short-term survival, rather than long-term viability.

Old dichotomy
“Although the auto crisis and the falling results of manufacturers could have provided a good reason to cut costs and tell unions and governments that they need to adapt to cope with plummeting sales, the fact is that this auto crisis is part of a wider economic crisis. Hence soaring unemployment outside of the auto industry led government to prevent any layoff and restructuring plans. Again the same old dichotomy between short-term pressure and a long-term strategy, be it political, economic or financial,” Bulle said.

There’s another, more positive incentive to put off all these hard decisions and just concentrate on hanging on, if a report from Booz & Company is right.

This report headed “The Best Years of the Auto Industry Are Still To Come”, maintains that if manufacturers can adapt to new trends, happy days are here again.

“Automakers that are willing to think freshly about their markets and their business models will be in a position to benefit from the greatest wave of expansion that the industry has ever seen,” the report said.

This is because expansion in third world economies will create massive new markets for cars. Manufacturers which survive will reap huge rewards in the future. That’s the good news.

Ambitious BYD
The bad news for the majority of European manufacturers is that according to the report, only Renault, with its association with Nissan of Japan and its concentration on cheap and cheerful small cars through its Dacia brand, is poised to cash in. Tata of India, which makes the world world’s cheapest car the Nano, and the BYD Company of China are also fingered as probable success stories.

BYD has bet the ranch that battery power will be the way to go, and the company is ambitious, according to the report.

“BYD President Wang Chuanfu recently announced the company’s two major targets: to become the largest automaker in China by 2015 and largest in the world by 2025,” the report said.