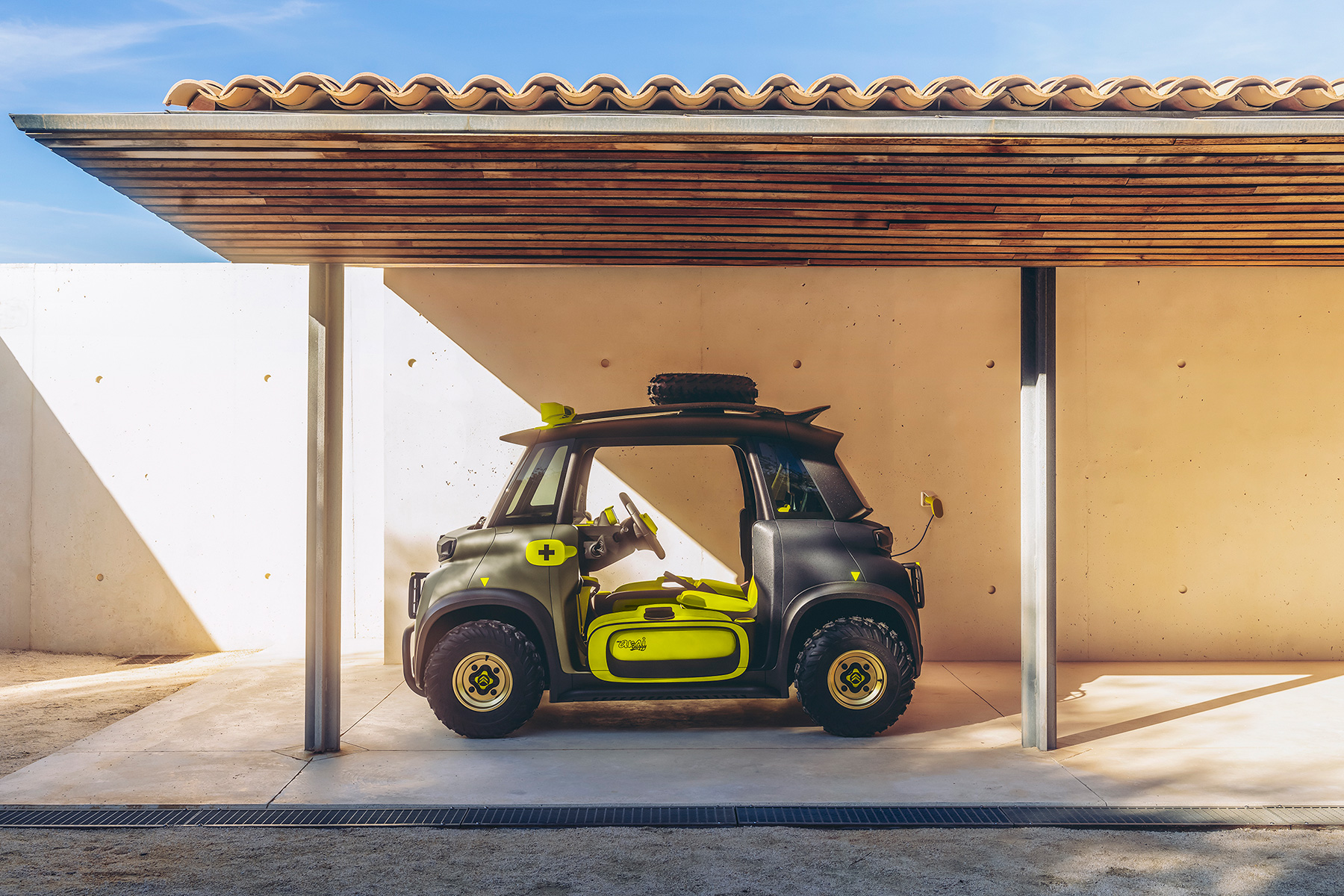 Citroen’s cut little Ami electric runabout doesn’t quite fill the yawning gap in the European market which calls for a cheap as chips electric city car, but its Buggy Concept will meanwhile at least keep the name in the news for a while.

The Citroen Ami was developed in France as a so called “quadricycle” and was designed to boost the mobility of those too young to hold a full driver’s licence.  After all, you can’t do much damage in a little plastic car with a 5.5 kWh battery with a range of 43 miles and a top “speed” of 28 mph. Nevertheless, with all its obvious limitations, it is now on sale across Europe and will appeal to many in inner cities who want personal transportation but don’t require much speed or range.

The Citroen “My Ami Buggy Concept”, according to Citroen, is “dedicated to leisure and designed for adventure.

“My Ami Buggy is a proposition in line with the philosophy of Ami Electric, which is not a car. We have therefore looked for inspiration in the world of construction games for the fun and functional side, industrial design for ergonomics and aesthetics, encompassing everyday objects (furniture, lighting, etc.) and fashion accessories (sneakers, sports equipment, glasses, etc.),” Citroen says.

“The simple, extruded shapes of the camera and smartphone holders, for example, were inspired by the work of designers who created essential and timeless consumer objects in the second half of the last century. My Ami Buggy Concept needed to be functional and simple, in the purest spirit of iconic and contemporary industrial objects,” according to Citroen, part of the Stellantis group.

Citroen talks about the various outdoor pursuits that can be enhanced by the Buggy, but curiously doesn’t mention golf. It looks to me as though it could be a perfect golf buggy too.

Citroen doesn’t disclose any plans to put this into production, or hint at any price. 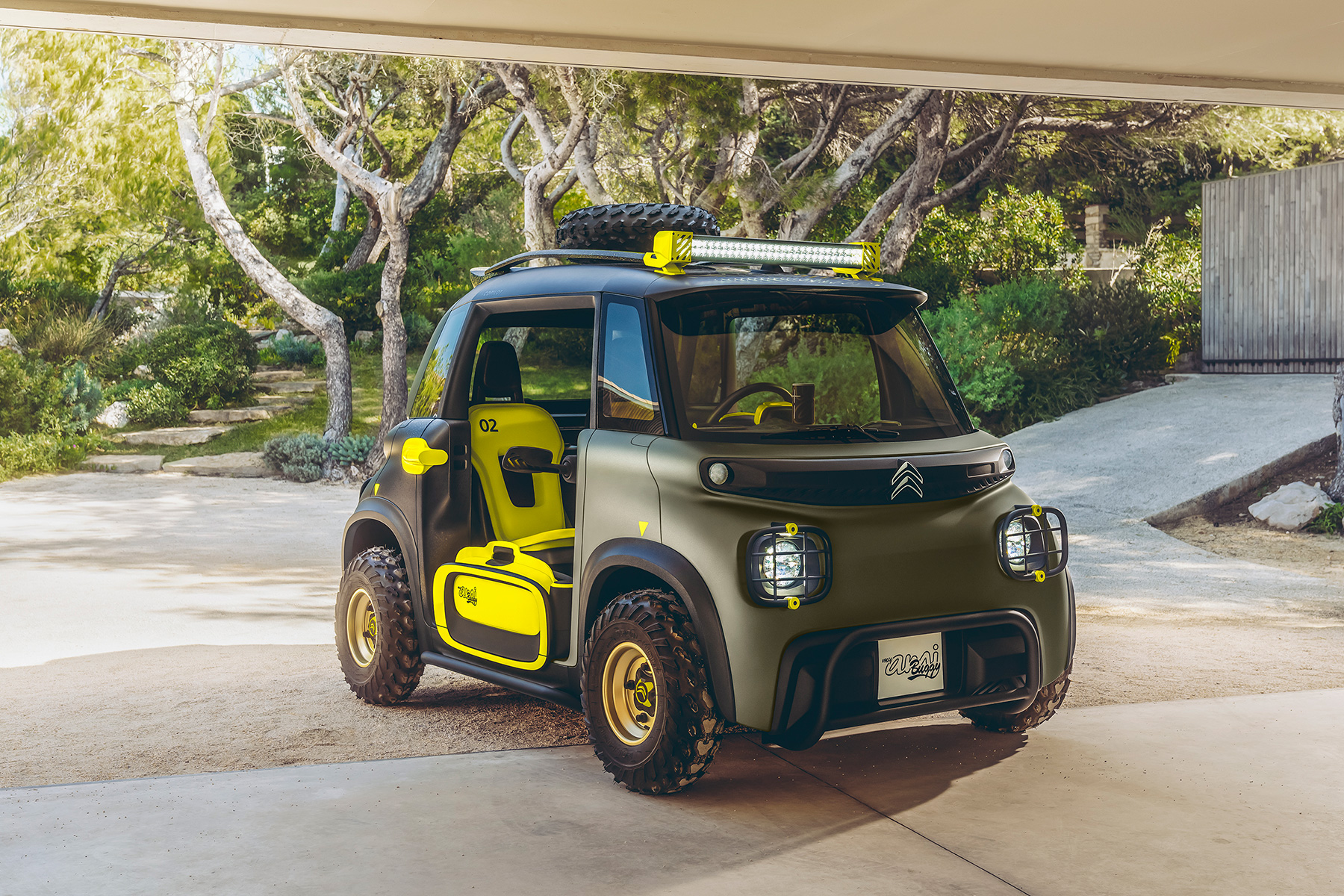