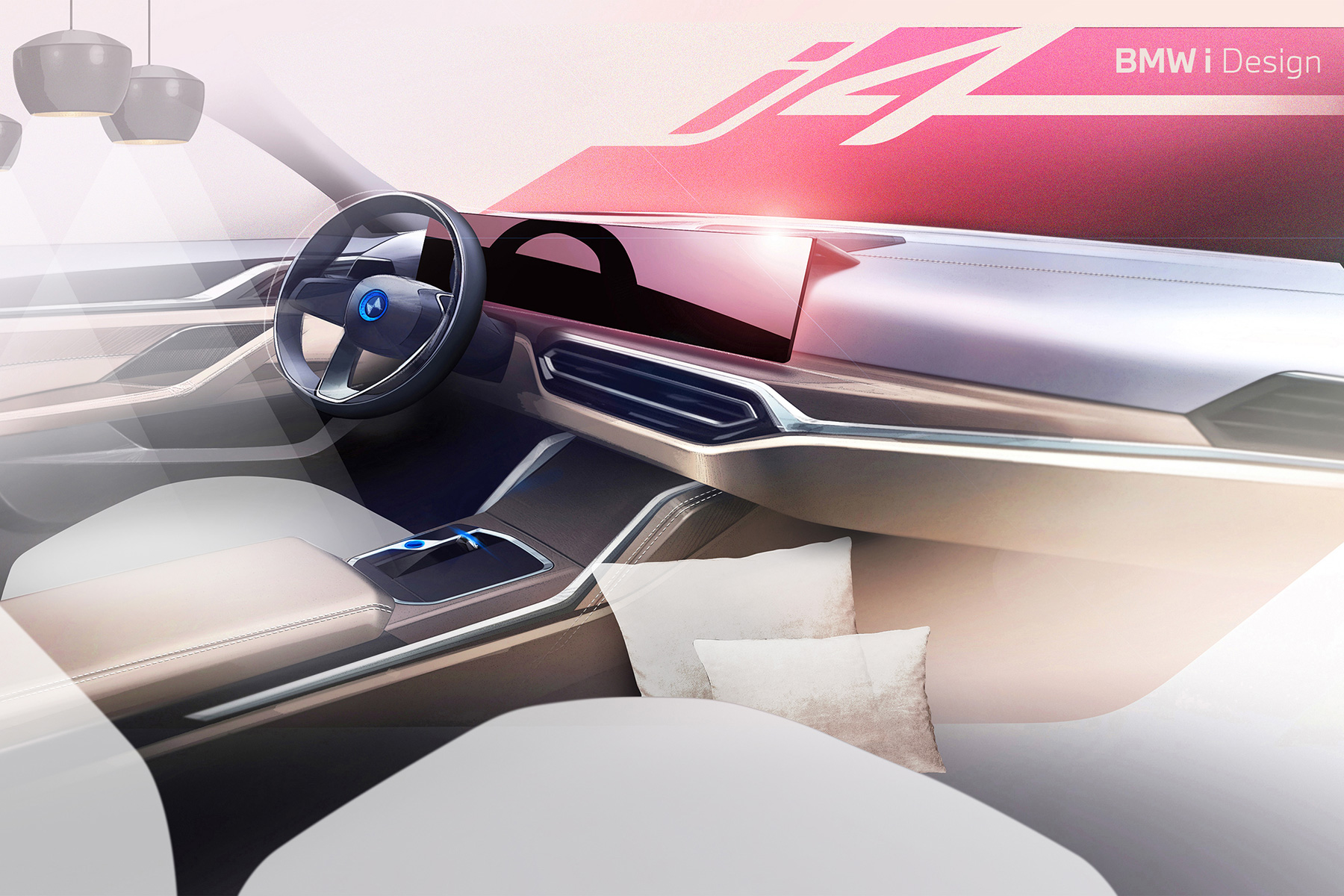 BMW Electric Strategy Under The Microscope As i4 Sedan, iX SUV Hit Dealerships.

“the BMW iX only achieved 66% of the specified WLTP range. With the Tesla Model Y Long Range it is 85%. This underlines the shortcomings of the latest BMW generation as a hybrid platform. Tesla, Porsche, Mercedes, but also Chinese like NIO or xPeng have a clear lead”

BMW’s latest battery electric vehicles, the sporty i4 sedan and the big iX SUV, are now on sale and investors will be wondering how they rate against leaders like the Tesla Model 3 and Model X because the German company has been accused of being slow to embrace the electric revolution.

The reaction from journalists at a recent driving day in Britain was very positive for BMW, with much excitement about the lightening-fast i4 and impressive luxury iX, with the former seen as a trump card over Tesla. But this might not last too long, with Tesla’s range claims said to be more convincing, and competitors like Porsche, Mercedes, and Chinese like NIO in the fast lane. 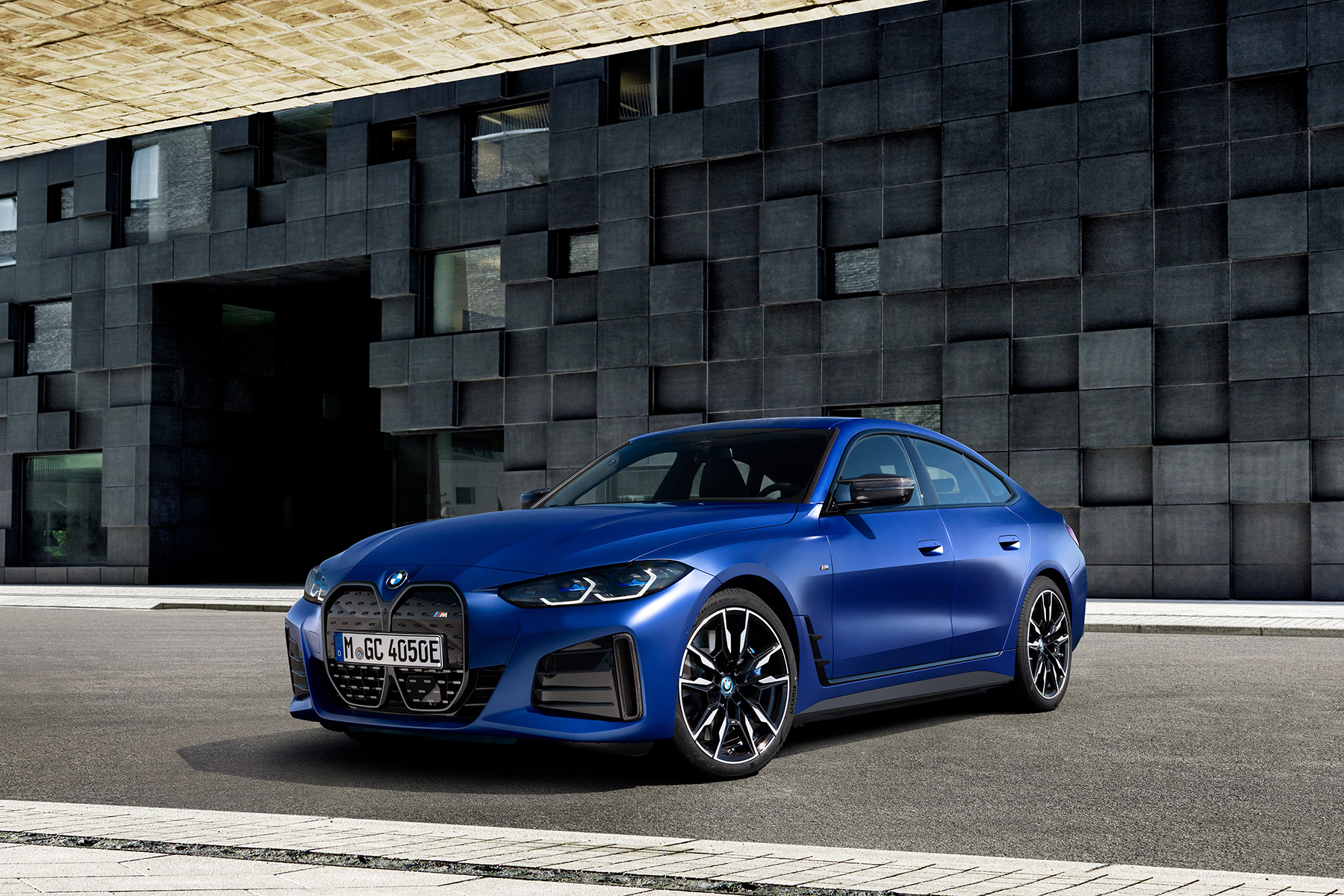 BMW has stood apart from its competitors with its dual development of electric vehicles, at least in the initial stages, and produce them alongside its internal combustion engine (ICE) vehicles.

That’s a surprise, given that BMW was considered a leader in the field when it launched its little battery electric (BEV) i3 back in 2012. Since then, BMW has been restrained in its plans to electrify, which reflects its interpretation on how to meet tough new European Union rules which seek to outlaw new ICE sales by making the cost of shedding carbon dioxide (CO2) so expensive as to render them unaffordable.

The complicated EU rules are designed to allow European carmakers to be able to fund their electric car plans with continuing but tapering ICE and hybrid sales up to 2030. Meanwhile Tesla has grabbed the leadership in the premium arena, while Volkswagen has bet the ranch on developing electric cars from the ground up through its own name workaday VW, Skoda and SEAT brands, and upmarket Audis and Porches. Mercedes has also been quick to produce BEVs.

BMW’s CEO Oliver Zipse has defended the so-called technology-open strategy and declared the company was ready for an electric future but not about to close the door on ICE including green fuels, and fuel cells. This stance has cost BMW some mileage on the stock market, with analysts saying its direct peers have all adopted BEV-only long-term strategies.

Many PHEVs
BMW also insists on producing many plug-in hybrid electric vehicles (PHEV) which have been criticised by some politicians and environmentalists. PHEV fleet operators have been caught gaming the system by taking government subsidies to buy these electrified vehicles, but then allowing employees to ignore the battery element and simply use ICE power. Given the weight of the hybrid technology, this often ends up emitting more CO2 than petrol or diesel vehicles. This of course penalizes private owners who want PHEVs because they are seen as a risk-free way to go electric for most of their motoring (30 to maybe 50 miles), with the added advantage of eradicating range anxiety.

Meanwhile, are the new BMW electric cars up to scratch?

It is impossible to confirm claimed ranges at events like this, but the i4, over a 72-mile trip of rolling hills, country roads and a short high-speed stretch, removed 73 miles from range availability, while for the iX, 56 miles only removed 52 miles, suggesting strong regenerative braking, but giving no hint of how a long-range highway trip would turn out. Another key element consumers want to know is the actual battery capacity that everyday use via your home charger might reveal. This is often around 30% less than official so-called WLTP figures claim. 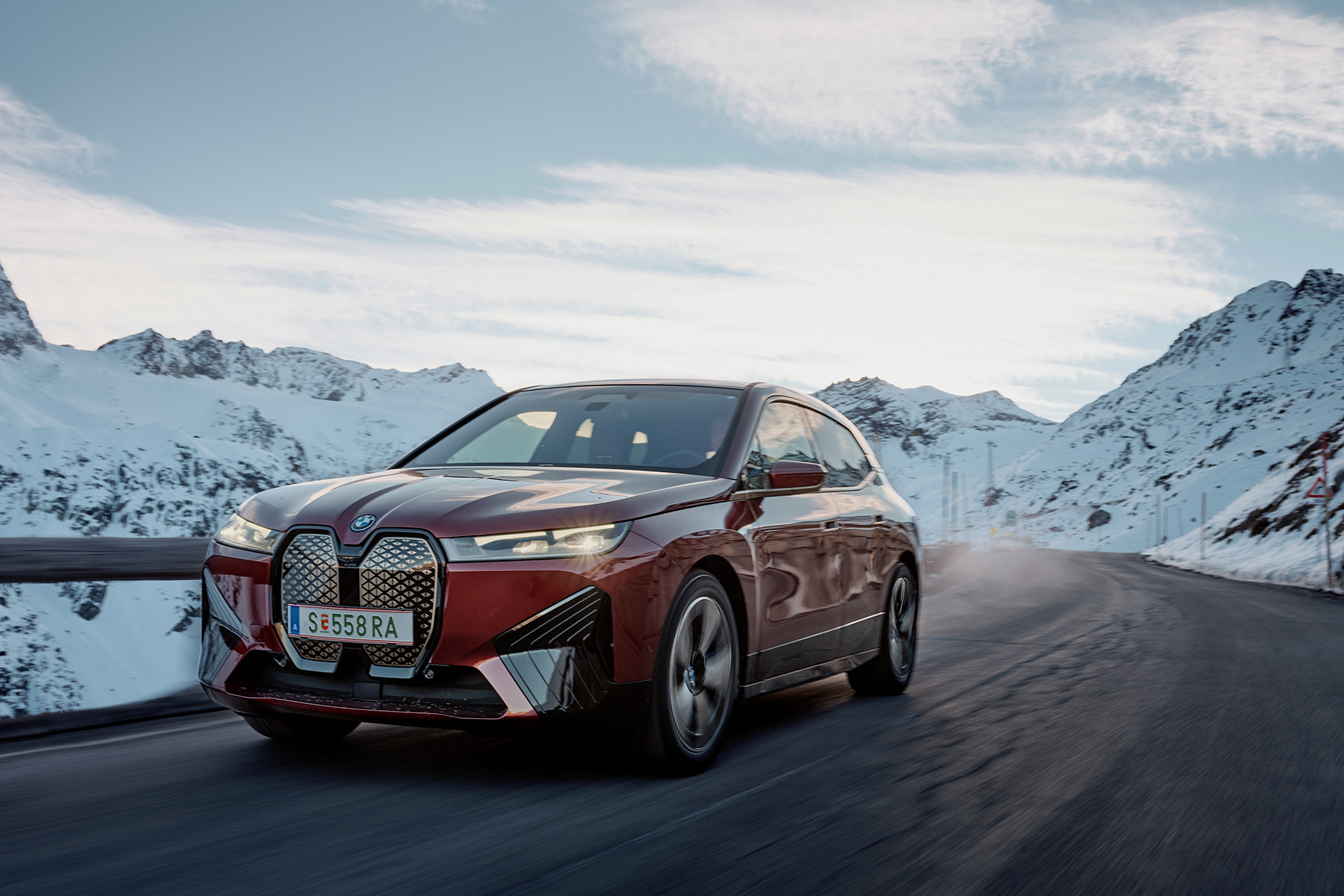 But Professor Ferdinand Dudenhoeffer, director of the Center for Automotive Research (CAR) https://www.uni-due.de/car/ in Duisberg, Germany, doesn’t see it quite that way, nor does he think BMW’s dual strategy will hold up.

“BMW still has a way to go with the fully electric car. BMW technology is still the hybrid platform on which combustion and electric cars are built. Compromises like hybrid platforms are never as good as the skateboard platform, which is ideal for electric cars. Therefore, the BMW iX and i4 are unfortunately compromises. It starts with the interiors. The tunnel in the middle is annoying. You don’t have that with a skateboard platform. The batteries are not installed in the optimal location, but rather ‘distributed’. The vehicle has more weight because the structure is designed for combustion and electric,” Dudenhoeffer said in an interview.

“Just a variable that underlines that. In new comparative tests, the BMW iX xDrive50 only achieved 66% of the specified WLTP range of 630 km (394 miles). With the Tesla Model Y Long Range it is 85%. This underlines the shortcomings, in my opinion, of the latest BMW generation as a hybrid platform is rather disappointing. Tesla, Porsche, Mercedes, but also Chinese like NIO or xPeng have a clear lead,” Dudenhoeffer said.

BMW also plans to launch the flagship electric large sedan the i7 in 2022, priced at least at the equivalent of about $136,000 in Europe after taxes, according to French auto consultancy Inovev which will compete with the Mercedes EQS (starting at $144,000).

In 2022, BMW will launch an electric X1 compact SUV, and the following year an electric 5-series sedan and a Mini Countryman.  It currently makes the all-electric Mini. BMW has said by 2023 BMW will offer a BEV in every relevant segment, and will deliver 10 million BEVs over the next 10 years.

Investment advisor Morningstar https://www.morningstar.com/ of Chicago expects 48% of BMW’s global sales to the BEV by 2030 and doesn’t see problems with BMW’s strategy and points to its flexibility, at a price.

Powertrain-agnostic
“The company’s product strategy into 2025 differs from that of some automakers that are launching BEVs on separate platforms while BMW’s models will be powertrain-agnostic, BMW’s strategy is more flexible, assembling a vehicle on the same line with any powertrains and letting the market set the demand level for xEVs (BEVs and hybrids) without sacrificing capacity utilization if a xEV powertrain demand is not as high as expected, or losing sales volume to constrained capacity if xEV demand is higher than expected. However, developing such powertrain-agnostic platforms has been more costly for BMW in the near-term relative to some automakers with BEV-specific platforms and capacity,” a Morningstar report said.

But in 2025 BMW will start its BEV Neue Klasse plan, which will be the basis for all new models, with new software and next generation electric drives and batteries.

“We think BMW’s electrification strategy is competitive and will provide investors with returns commensurate with historical (best in class),” Morningstar said.

CAR’s Dudenhoeffer isn’t so sure, and he doesn’t think BMW’s aggressive looks does it any favors.

“The optics of the iX are not very innovative. It has a design that is aggressive and rather instills fear through the huge grille. Mercedes has a clearly sympathetic design. The same goes for Tesla. Performing with such a giant grille in the era of electric cars is absolutely not appropriate for the electric car and for the time. Big grilles are from the day before yesterday. All in all, I believe that BMW still has a long way to go in engineering and design,” Dudenhoeffer said.

One Response to BMW Electric Strategy Under The Microscope As i4 Sedan, iX SUV Hit Dealerships