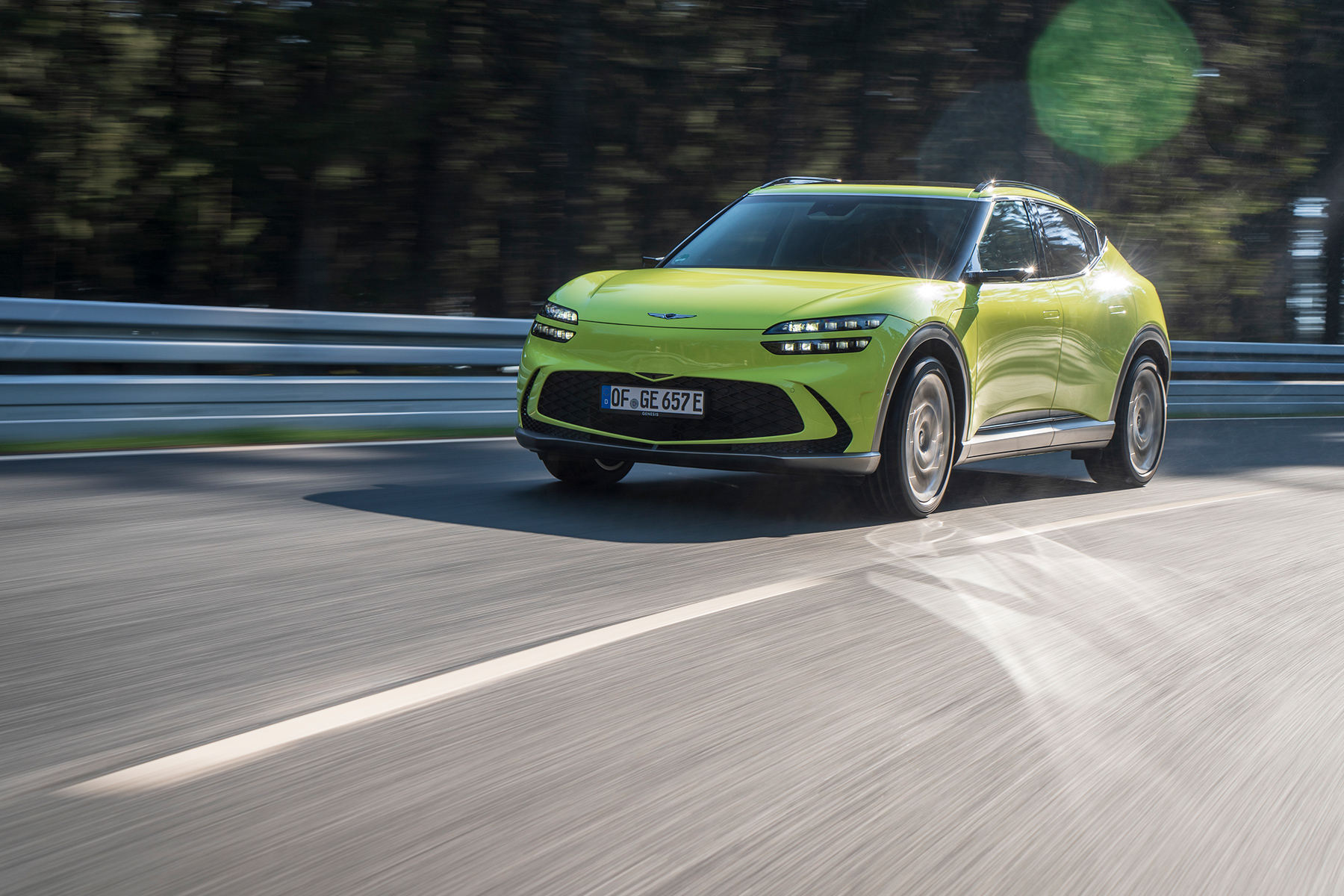 Can Genesis GV60 Electric SUV Live With Germans In Europe?

Genesis, the premium wannabe subsidiary of Hyundai of Korea, is hoping its first electric vehicle the GV60 will be the key to its ambitious plan to shake up German hegemony in Europe, but experts feel the odds are stacked against it, despite the excellence of the product.

Genesis, already building a successful business in the U.S., may have a bit more success than those previous tilting at European windmills likes Nissan’s Infiniti, GM’s Cadillac, Tata Motor’s Jaguar and Stellantis’s Alfa Romeo, but not much more.

U.S. pretenders like Honda’s Acura and Ford’s Lincoln, never thought it worthwhile even trying in Europe. Mass carmakers like Ford Europe with its concierge scheme, Renault’s Initiale Paris and Peugeot’s DS brand have all tried to move upmarket to capture the fat profit margins snared by the likes of BMW, Mercedes and VW’s Audi and Porsche, result; many billions of shareholders’ funds trashed and much embarrassment.

Genesis was launched based on the belief the lessons of these multiple failures had been learned. Initial success in the U.S. must have raised hopes. Genesis opened for business in the U.S. in 2015 with 7,000 sales which accelerated to 21,200 before the coronavirus shut-down. In 2021, sales accelerated to nearly 50,000. Europe presents a tougher nut to crack, but expertise in electrification, shown by the rave reviews received by the all-electric Hyundai Ioniq 5 and the other sibling Kia’s EV6, might beat the Germans at their own game, based on a towering technological and engineering lead, even if this sometimes was based more on wishful thinking than fact.

The GV60 is Genesis’s first electric SUV and it won’t be the last as the brand plans to go all-electric by 2025. Does it have what it takes to shake up the Germans?

“I see Genesis falling right into the same soulless void as Infiniti, Jaguar and Lexus to an extent. Despite producing some outstanding products, only Tesla has given the German-dominated premium (manufacturers) a run for their money,” said Matt Schmidt of Schmidt Automotive Research.

Quite small
The GV60 goes on sale in Europe in June. It is quite small by U.S. standards. The range-topper is the AWD Dual Motor (Sport Plus) with all-wheel drive and two electric motors, priced at £65,405 ($80,700) in Britain, after tax and before government subsidies. It has almost “ludicrous” acceleration with zero to 60 mph in under 4 seconds and 146 mph top speed.  289 miles range is the claim, so expect about 210 miles. The range starts with the Premium model, which has rear-wheel drive and a single motor, £47,005 ($58,000) range claim 321 miles.

In an interview earlier this year Genesis Motor Europe managing director Dominique Boesch told me he is clearly aware of the uphill struggle ahead and eschews ambitious predictions.

“We want to establish our brand and learn now to retail luxury at very high levels. Europe is a laboratory for us,” said Boesch, who joined Genesis from Audi.

Genesis is initially avoiding dealerships by selling online and offering long-term service deals which include the collection of cars and a guaranteed replacement. In the U.S., where Genesis has operated with a similar formula, it is currently moving to standalone dealerships for the brand.

Boesch said Genesis wants to become a global luxury brand and that requires success in Europe.

“This is probably the most sophisticated market in terms of premium and customers want that experience. We’re not here initially just to put more metal on the street, but to be recognized as a brand which has tremendous product. Initially, we’re not sales driven, but if we can succeed in Europe we will be recognized as a truly global premium brand,” Boesch said.

Little impact
Ian Fletcher, auto analyst with IHS Markit, doesn’t expect much of an impact from the GV60, with Western European sales barely above 1,000 by 2026 and hardly surprising given Genesis remains a relatively unknown brand. He doesn’t think the electric weapon against the Germans really works, but the Genesis brand will take time to acclimatize in Europe.

“The combination of its design, technology and its competitive entry point could win over those that might be looking for something different. Electric might help Genesis, but the German and other premium brands are all pushing products into these markets so slowly becoming less of a USP, especially now some brands have set goals to become BEV only within next five years or so as well. There is also a certain brand that has made itself almost a default choice in the premium BEV space, which also makes it challenging,” Fletcher said.

The Tesla Model 3 was the biggest selling electric car in Western Europe last year with almost 140,000 sales, and that was before the German plant started production.

“I don’t think (the) Genesis (project) will end in tears, but it will evolve over time. From what I’ve heard, the product seems very good, but it will need to achieve critical mass in the markets/regions where it is present. It seems like it is moving towards this in some parts of the world, but as we’ve seen regarding other brands, Europe seems to be less accepting of new premium brand entries than other markets,” Fletcher said.

Ed Kim, analyst with Long Beach, California-based consultancy AutoPacific, https://www.autopacific.com/   said in the U.S. Genesis is increasing sales as its sedan line-up is replaced by in-demand SUVs. The switch to electric might take the steam out of this but as electric vehicles become more mainstream, Genesis growth and market share gains will continue. The GV60 is very small by U.S. standards and it likely will be a niche model with under 10,000 sales a year. The larger GV70 will have greater mass appeal. 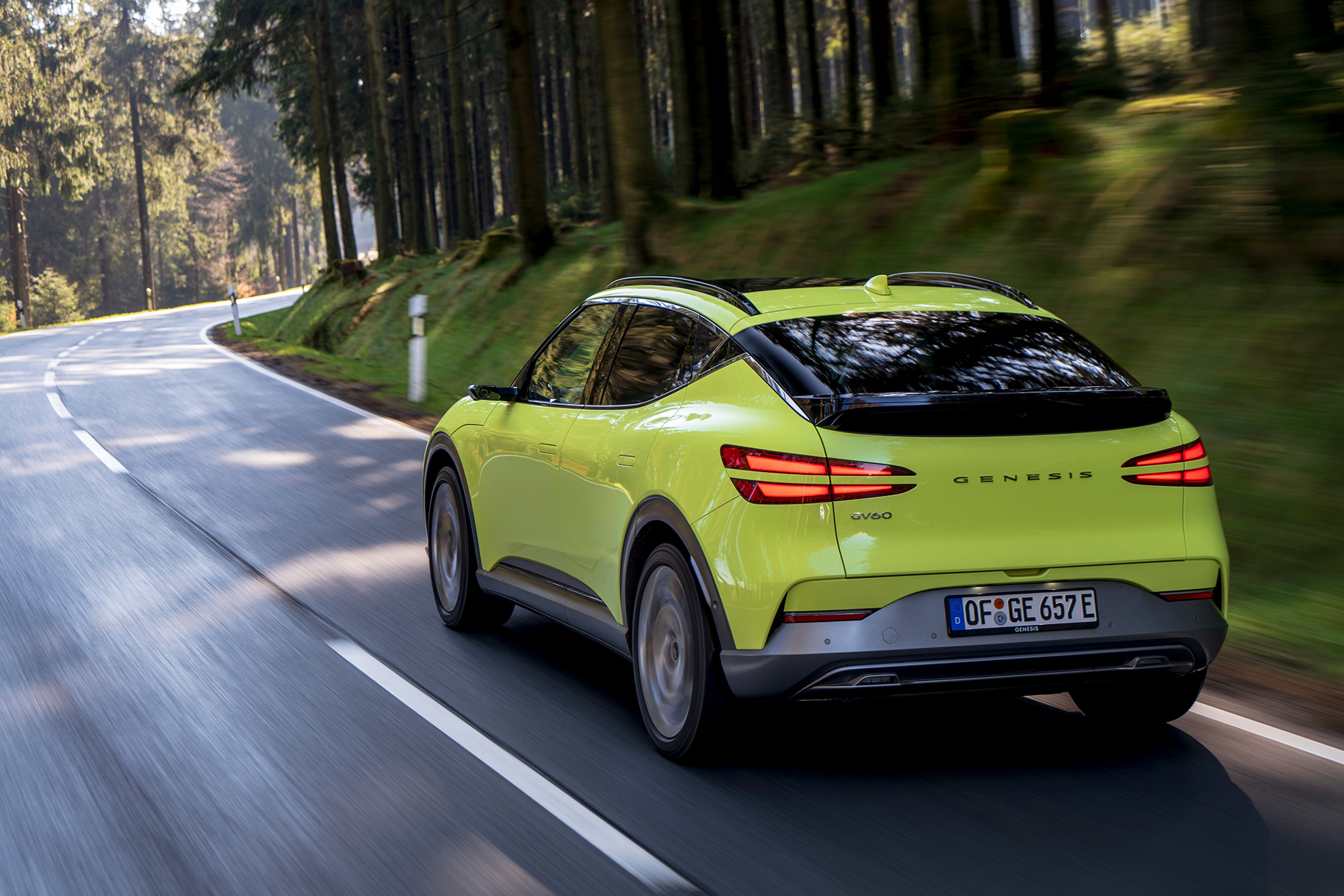 In the sights?
Which European competitor might suffer from the GV60’s introduction?

“In Europe, Lexus is probably the brand that has the most to lose from GV60’s introduction. Lexus will introduce the similarly sized RZ450e this year, but the Genesis product has not only more performance and range, but it can also charge significantly quicker on a DC public charger thanks to its 800-volt electrical architecture. On a 350kW fast charger, it can charge from 10-80% in under 20 minutes – a very impressive feat that the Lexus cannot match,” Kim said.

“Because BMW, Mercedes-Benz, and Audi have a much firmer grip on the luxury market in Europe than in the U.S. market, I don’t expect that the Genesis brand and the GV60’s introduction will have as much of an impact on those brands as they will Stateside. Also, thanks to the fanatical nature of Tesla customers, GV60 and Electrified GV70 will not likely have much impact on Model Y volumes in the short term,” Kim said.

The Germans are unlikely to suffer from Genesis’s electric expertise because the luxury brands are making massive investments in going electric as well, Kim said.

It’s just well that Genesis has declared it isn’t looking for quick success.

“Genesis’ success in Europe won’t come from electrification; the newcomer will need to overcome the German brands’ long history and heritage as well as massive customer loyalty. That won’t be easy; Genesis products are very impressive and competitive, but they will need to craft their own compelling brand story to lure customers away from the incumbents,” according to Kim.

Schmidt agrees that Lexus has the most to fear from the GV60. The biggest threat to the GV60 is other Hyundais and Kias. New BMWs, Audis and Porches are preparing new electric cars too

“Hyundai and Kia may be Genesis’s own worst enemy. I find it difficult to understand why a European Kia or Hyundai customer of the quite excellent Ioniq5 or EV6 would be prepared to pay a premium for what is essentially the same vehicle without a brand heritage. The Germans will be offering these models with BMW’s Neue Klasse aiming at 3-Series sized vehicles from 2025. Products from Audi/Porsche will also be biting at the bit soon. Genesis may be able to gain an advantage over the next 12-24 months but this will soon disintegrate as fast as a raging straw fire does,” Schmidt said.

Schmidt doesn’t see much scope for Genesis success in Europe at least.

“I think it will end in tears in Europe. This may be more successful in the U.S. though, as Infiniti and Lexus have proven,” Schmidt said.