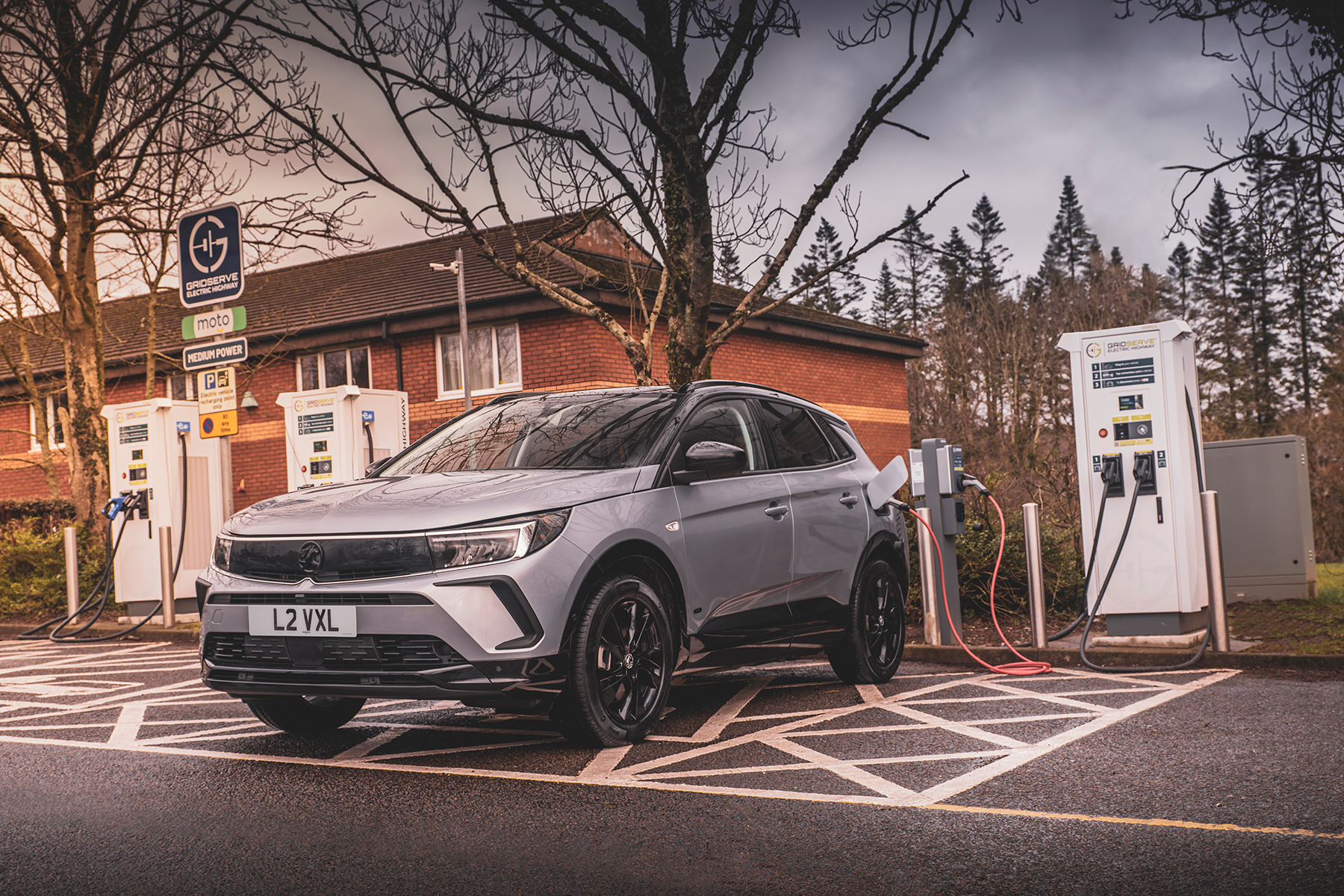 “There are big practicalities in the way of net zero by 2035. It’s not going to happen and I don’t believe manufacturers are planning to go fully electric worldwide”

Just as the corporate scramble to embrace electric cars hits high gear, many of the basic requirements for success like ever falling battery prices are going into reverse, persuading some that it might be better to think again before dumping internal combustion engines (ICE), and embrace half-way house technology like plug-in hybrids.

But plug-in hybrid electric vehicles (PHEVs), perhaps the perfect compromise on the journey to a full-electric world with their ability to provide much electric-only ability and banish dreaded battery-electric range-anxiety, are in danger of falling victim to politicians and special interest groups determined to destroy the good on the way to some mythical perfection. Hybrids rely on ICE power therefore they must be eliminated.

British expert Nick Molden, chief executive of Emissions Analytics, said with average sources of grid power, battery electric vehicles cut carbon dioxide (CO2) emissions by about 50%, while a hybrid cuts them by about 30%.

Ford Europe and Volvo recently jumped on the zero-emissions by 2035 bandwagon. Britain has pledged to ban the sale of new ICE vehicles by 2030, and other countries in Europe are considering similar action. The trouble is, “zero emissions” means different things to different people. Some believe this means battery-electric cars emit no CO2, which is true operationally. Others reckon this should measure the whole process of manufacture, materials, use and recycling for a lifetime measure of CO2. Using this measure, pure electric cars are significant emitters of CO2.

“There are big practicalities in the way of net zero by 2035. It’s not going to happen and I don’t believe manufacturers are planning to go fully electric worldwide. Why cut yourself off from most markets? For instance, the U.S. won’t be doing that in that time frame. As a world-wide carmaker you will still be selling ICE cars after that date,” Molden said in an interview.

Electric CO2 emissions cut not that big
“The life cycle emissions including manufacturing on an average grid, BEVs reduce CO2 emissions by about one half compared with a full hybrid’s 30%. The (BEV) CO2 reduction is not as big as you think. Overall, I don’t believe by 2035 this will be achieved or be desirable. I expect governments to permit full hybrids for much longer and that’s very sensible,” Molden said.

“If Europe went fully electric, manufacturers would still need to build ICE vehicles for the rest of the world. Any company saying this apart from premium luxury brands is not credible. It’s too expensive and they don’t deliver the CO2 reduction they are touted to deliver,” he said.

That’s not impressing European politicians. Next week the European Parliament will vote on a European Union (EU) proposal to do just that. Half of new cars would be “emissions free” by 2030 and all by 2035, meaning the end of new ICE vehicles. According to green lobby group Transport & Environment (T&E) , the voting is hard to predict, but

“It should be a no-brainer for the EU Parliament to back this proposal,” said T&E in an article headlined “Breaking the hold of the combustion engine over Europe”.

A recent report by the International Energy Agency (IEA) cast serious doubts on many short and long-term aspects of the move to battery-powered vehicles. Short-term barriers included supply chain disruption and the war in Ukraine. Longer-term, the price of essential battery ingredients like lithium, cobalt and nickel has jumped, jeopardizing one of the key targets of battery-electric success, price parity with ICE vehicles, said to be the $100 per kilowatt battery. Supply of these key elements was also becoming problematical.

(The IEA was set up by the Organization for Economic Cooperation and Development (OECD). The OECD comprises many democracies led by the U.S. with market-based economies, charged with developing policy standards to promote sustainable economic growth.)

Investor threat
Wall Street Journal columnist Allysia Finley recently reported the ambitions of those making big investments in the future of electric cars are in danger of getting ahead of reality, not least because prices are still on average 35% higher than ICE-powered ones and the price disparity is likely to increase as demand for critical minerals grows.

As problems with making battery electric vehicles (BEV) mount, the claims of competing technologies maintaining ICE technology would seem to be obvious. Hybrids use small batteries combined with ICE to maximise efficiency, but with very little battery-only ability. PHEVs have slightly bigger batteries, which can be charged independently and offer electric-only range from about 25 to 35 miles and soon should be able to reach between 50 to 60 miles. I’ve just been driving the Vauxhall/Opel Grandland SUV , which has battery-only range of between 24 to 29 miles but for the average driver’s needs, might still allow for almost ICE-free everyday motoring. The ability to undertake long-range trips without range anxiety is a big plus. The battery is small and is therefore much cheaper than for a BEV, which squanders fewer scare resources. What’s not to like?

“PHEVs incorporate the best of both worlds. City driving can be powered with the electric motor while the internal combustion engine eliminates range anxiety for longer trips. Now imagine filling up with renewable liquid fuel and this is a really great solution for both the environment and for consumer convenience,” Senecal said.

“Most of a driver’s daily commute can be accomplished on the small battery in a PHEV. In addition to lower battery production GHGs (green-house gases), this also means fewer mined resources. In today’s world of limited battery materials and supply chain issues, hybridization is the most practical and responsible way to electrify transportation,” he said in an email.

Vigorous opposition
Opposition to hybrids has been vigorous.

Elon Musk famously said he doesn’t like plug-in hybrids, or any type of half-hearted attempt to go electric. He scorns them as amphibians or transitions.

T&E analyst Julia Poliscanova said this a couple years ago.

“Plug-in hybrids are fake electric cars, built for lab tests and tax breaks, not real driving. Our tests show that even in optimal conditions, with a full battery, the cars pollute more than advertised. Unless you drive them softly, carbon emissions can go off the charts. Governments should stop subsidising these cars with billions in taxpayers’ money.”

This criticism of PHEVs has a point, but a narrow one. Operators of big vehicle fleets have bought PHEVs and benefitted from huge tax-payer subsidies across Europe. But many gamed the system by allowing their drivers to ignore the batteries and just rely on gasoline or diesel. For professional drivers doing maybe 200 or 300 miles a day, the typical battery-only range of about 30 miles is an irritant, not a boon. So these PHEVs, because they are heavier than ICE counterparts actually emit more CO2 than simple ICE vehicles. But for the low mileage private motorist, likely to involve massively more vehicles, that range will be enough to make their driving all electric. Banning PHEVs because a few game the system threatens to waste a valuable interim technology.

So despite the Vauxhall/Opel Grandland not coming close to the claimed battery capacity of 39 miles it didn’t really matter. The fact I managed only an average 26.7 miles per recharge didn’t undermine my thesis that PHEVs are the way to go in the electric world because for most daily driving needs that would have been quite sufficient. During my week with the car, I managed an effective 171.8 mpg, and raised the vehicle’s average fuel efficiency from 45 mpg to 76.2 mpg.

For me and the average motorist, local driving, even with this limited battery-only range, was almost all, electric only. And, of course, range anxiety is eliminated, and long journeys are possible.

Vauxhall/Opel was part of GM Europe until being taken over Groupe PSA in 2017, which in term merged with Fiat Chrysler in 2020. The Vauxhall/Opel Grandland is a close relative of the Peugeot 3008 and 5008 and these brands are now stablemates of the Stellantis conglomerate which includes Citroen, Fiat, Jeep, Lancia, Chrysler, DS, and Alfa Romeo. 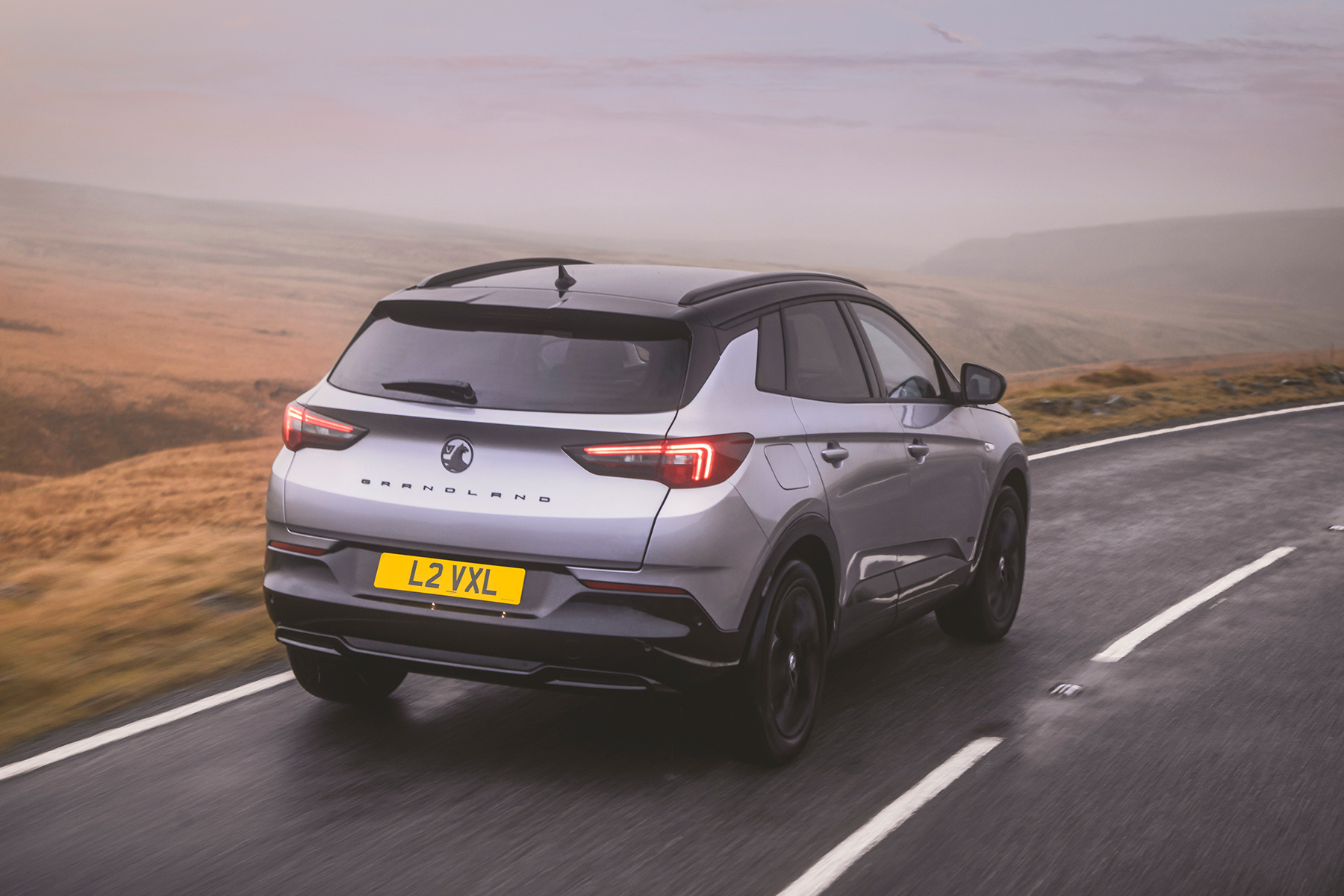