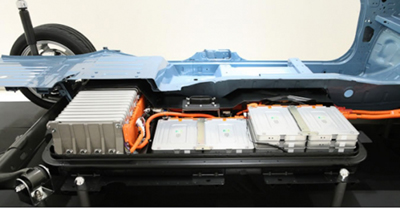 When Subsidies Disappear, Battery Deficiencies Will Be Stark

Some say electric cars will save the planet from man-made climate change. Others see a need to clean up the exhausts of an increasing number of cars clogging up city centers across the globe by plugging them into mains electricity. Most agree that oil will run out one day, and some manufacturers have bet the farm that battery-only electric cars will be able to rise to the occasion and provide us with viable personal mobility.

The evidence is mounting that this won’t happen.

Trend Tracker is an automotive research company based in Wiltshire, England.

Business strategy consultancy Roland Berger reckons electric cars will face a crisis by around 2015, when the limited demand created by early adopters becomes more like a mass market, and electric cars have to compete with internal combustion engines and plug-in hybrids on level terms. This will mean manufacturers will have to offer compelling packages of services to make up for the electric cars’ limitations.

With battery only cars unable to meet range and cost demands that would make them popular among buyers without government subsidy, and fuel cells failing to beat the cost barriers, the possibility of the world running out of oil before a viable replacement for the internal combustion engine emerges is a possibility, says Trend Tracker director Toby Procter.

The planned production of electric cars shows they will still be a peripheral choice by 2050, with the global market rising to about two billion, with only about 30 million electric vehicles, the report said.

Enticing value propositions
“EV production would need to increase by an average two million units a year over 23 years to effectively electrify the global car market by 2050 when the ‘peak oil’ scenario may have played out. In the medium term, EVs will continue to suffer adverse comparison in terms of price and utility with conventional cars and plug-in hybrids. Suppliers will need to develop more enticing value propositions,” the report said.

The Nissan Leaf, the first of the new EV or battery-only cars, is going on sale now; range – a claimed 100 miles. The Chevrolet Volt range-extended electric vehicle is also hitting showrooms; range with gas engine backup at least 350 miles. Toyota’s Prius petrol electric plug-in hybrid will appear next year; range – ditto. All the important car makers are spending big money readying battery-only and plug-in hybrid cars without any real conviction for which cars will be successful long-term.

The all-electric car falls short of being ready for prime time on many fronts. Range needs to be improved by at least 100 per cent. Battery prices need to be shaved at least in half. The problem of depreciation – batteries are unlikely to last much more than eight years – will destroy the value of the first electric vehicles. If battery technology does make a big, unexpected lurch forward, that will be even worse for the economics of the early adopters.

“Cars that look pretty much like ordinary cars, cost twice as much and go a third of the distance, don’t look like cracking the problem,” said Procter in an interview.

“Between 2011-2015, there are huge expectations for electric cars with many players, many fleets, and customers looking for electric cars. In the meantime the (electric car) production of car manufacturers will be slowly ramping up, so for the next three or four years there will be under-capacity and a scarcity of vehicles. The problem comes when manufacturers want to sell EVs as an alternative to thermal (internal combustion engine) vehicles. These buyers will want to see a clear advantage,” Blanchet said.

Compelling packages
Because the advantage won’t be there, manufacturers will have to offer compelling packages to make up for the fact that they will be too expensive to sold as products in their own right.

“To be able to compete, the offer (from battery-only manufacturers) must be for complete mobility,” Blanchet said.

This will include what he calls a mobility “ecosystem” combining specific use, targeted customers, tailored products and services like recharging batteries, and intelligent navigation. There will be electric taxi fleets with battery replacement stations, last mile-delivery firms, and car-sharing schemes, he said.

An early example of this idea comes from BMW. The German luxury car manufacturer announced that it will unveil its new “BMW i” sub-brand at the Geneva Car Show next month. The first vehicle will be the i3, known until now as the Megacity, and will be a four-seat electric only city car. To make this car more appealing, BMW said it will sell a package of “premium mobility” services including Smartphone applications that provide traffic, parking and other real-time information. The i3 will go on sale in 2013.

No shortage of negatives
How soon will battery-only cars be able to compete in the market place on their own qualities?

There are other negatives.

Lithium-ion batteries, which are used in most battery-only cars on offer so far, are prone to catching fire from overheating or sudden impact. Fast charging is said to be able to get around the problem of short range and the many hours needed to replenish, but this will quickly weaken the battery.

“The use of such fast charging systems has potentially severe negative impacts on battery life, and is not compatible with the capacity of domestic power outlets,” the report said.

Attempts to get around the battery range problem by setting up exchanges for spent batteries have been suggested by Better Place of Palo Alto, California in conjunction with GE of the U.S. and Renault-Nissan. The report believes the case for battery swapping is “economically fragile”.

The Franco-Japanese Renault-Nissan alliance has allocated about $5.5 billion for the development of battery-only cars. The alliance reckons battery-only vehicles will account for 10 per cent of global sales by 2020, about twice as much as many other automotive organizations. Roland Berger sees a five per cent market share for battery-only vehicles. Other manufacturers expect two per cent or less.

Devastating conclusion
The report concludes that the move to battery cars has got ahead of itself, by going to the market before it was ready. It quotes Dr Peter Wells of the Centre of Automotive Industry Research at the Cardiff Business School with this devastating conclusion.

“For electric-vehicle sales to grow significantly several things need to happen. Vehicles need to be much lighter, battery technology needs to be cheaper and offer greater performance, urban authorities have to promote zero emission zones, industrial capacity to support the technologies needs to be created, petroleum prices have to rise, renewable energy prices have to fall and consumers have to be re-educated in terms of how they think about personal mobility. In the latter regard, we have to break the culture of “just in case” purchasing whereby consumers buy a car for the maximum application, and instead encourage a culture of “minimalism” or “just enough” purchasing where consumers buy a car for their normal everyday needs,” Wells said.

Good luck to manufacturers who try to encourage “minimalism” or “just enough”.

Not too late
It is not too late for car manufacturers to change course and go for a much simpler, cheaper and less ambitious solution. Why not produce a little vehicle that doesn’t attempt to emulate the car with its speed, range and comfort? Why not make something clean and utilitarian which would go about 30 mph down to the shops and the school run, where limited range would make no difference, and which many families could afford. Why not apply the new electric technology to the golf cart? This would be an affordable, unpretentious little utilitarian second car which didn’t attempt to reinvent the wheel.

Unfortunately, this is unlikely to happen any time soon.

“The technology would be very suited for a golf cart,” said Roland Berger’s Blanchet, “but the car manufactures are not in that market today. They are selling volume and they will hope that short range mobility will be more than a niche market. They aren’t going to make a car that isn’t a car,” Blanchet said.