By Neil Winton on July 7, 2022 in Uncategorized 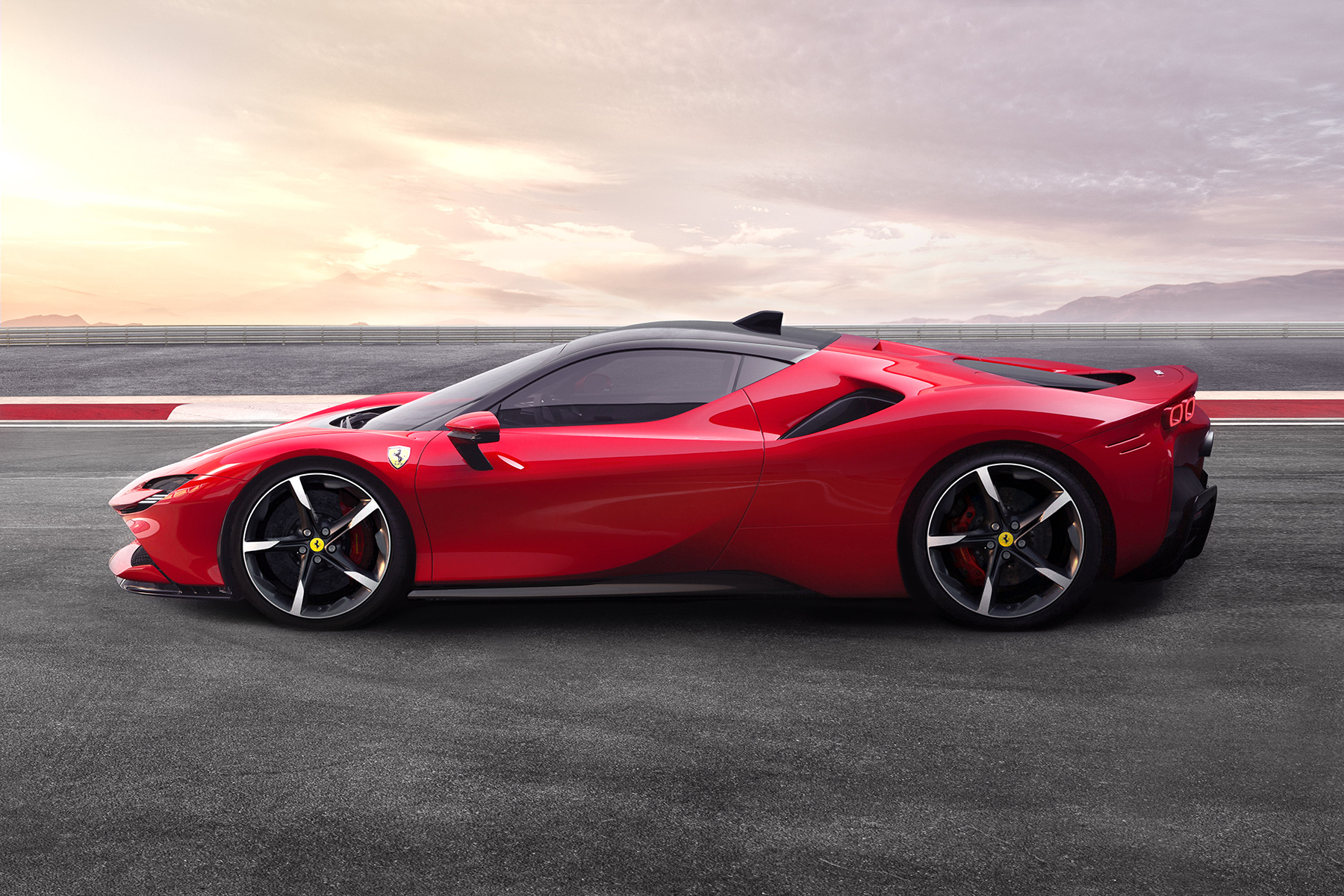 Will Ferrari Switch To Electric Power Open The Door To Lamborghini, Aston Martin?

Ferrari is the supercar of choice for those who want to flaunt their wealth with a bit of growling and occasionally snarling V-12 bravado. Wannabe brands like Lamborghini or Aston Martin and high-end Porsches and Mercedes simply can’t compete with the Ferrari brand, which is valued on stock markets as a rare and fashionable brand rather than a mere car maker.

But this sector of the market might well be turned upside down by electrification and this presents a big chance for the also-rans to finally compete with the leader. Tesla too might decide it can compete in this electric stratosphere, where performance is silent but at least the equal of traditional internal combustion engines (ICE).

Investors must be wondering if all supercars waft silently by, perhaps some of their magic might disappear.

Ferrari has now outlined its plans to go electric, and analysts reckon there are big challenges on the way if it is to electrify and increase its already fat profit margins along the way.

“First impressions of Ferrari’s long-awaited (electrification plan) are positive. There was neither “reinvention” nor much surprise,” said Philippe Houchois, analyst at investment researcher Jefferies.

The Ferrari stock price has been on the slide since the end of March when it reached just under €210. Just before the meeting on June 14 it had slid to about €160 but jumped after the news to close the week at just under €170. Ferrari shares are priced as being comparable to luxury goods makers like Hermes, LVMH, Prada, Ferragamo, Moncler or Richemont with their massive profit margins, rather than more humdrum metal bashers like Volkswagen and or Stellantis.

Gasoline hybrids will account for 40% in 2030
Ferrari confirmed at a meeting at its Maranello, Italy headquarters it would launch its first all-electric car in 2025. Ferrari expects full-electric cars will make up 5% of sales in 2025 and 40% in 2030. Gasoline hybrids will account for 40% in 2030 with the rest ICE. Ferrari will spend €4.4 billion ($4.63 billion) to develop all-electric and plug-in hybrid electric cars to make up 60% of its sales by 2026. At the same time, Ferrari’s annual profits as measured by EBITDA (earnings before interest, tax depreciation and amortization) will accelerate to as much as €2.7 billion ($2.84 billion) in 2026 from €1.5 billion ($1.58 billion) last year.

“Everything we do will always focus on being distinctly Ferrari,” Chairman John Elkann said at the meeting. “The opportunity set of electrification and electronics will allow us to make even more unique cars,” Elkann said.

Reuter’s Breaking Views column said Ferrari needed to catch up in the electric car world but even in this rarefied segment, even the wealthy have limits to their ability to pay.

“Success will likely rest on convincing Ferrari’s exclusive clientele of millionaires to pay even higher prices than they currently are,” said Breaking Views columnist Lisa Jucca.

“Such a hike looks hard to swallow, especially in an era of higher interest rates and plummeting stock markets,” Jucca said.

As long as “wealthy punters” are happy to keep paying for these ICE cars, “Vigna’s 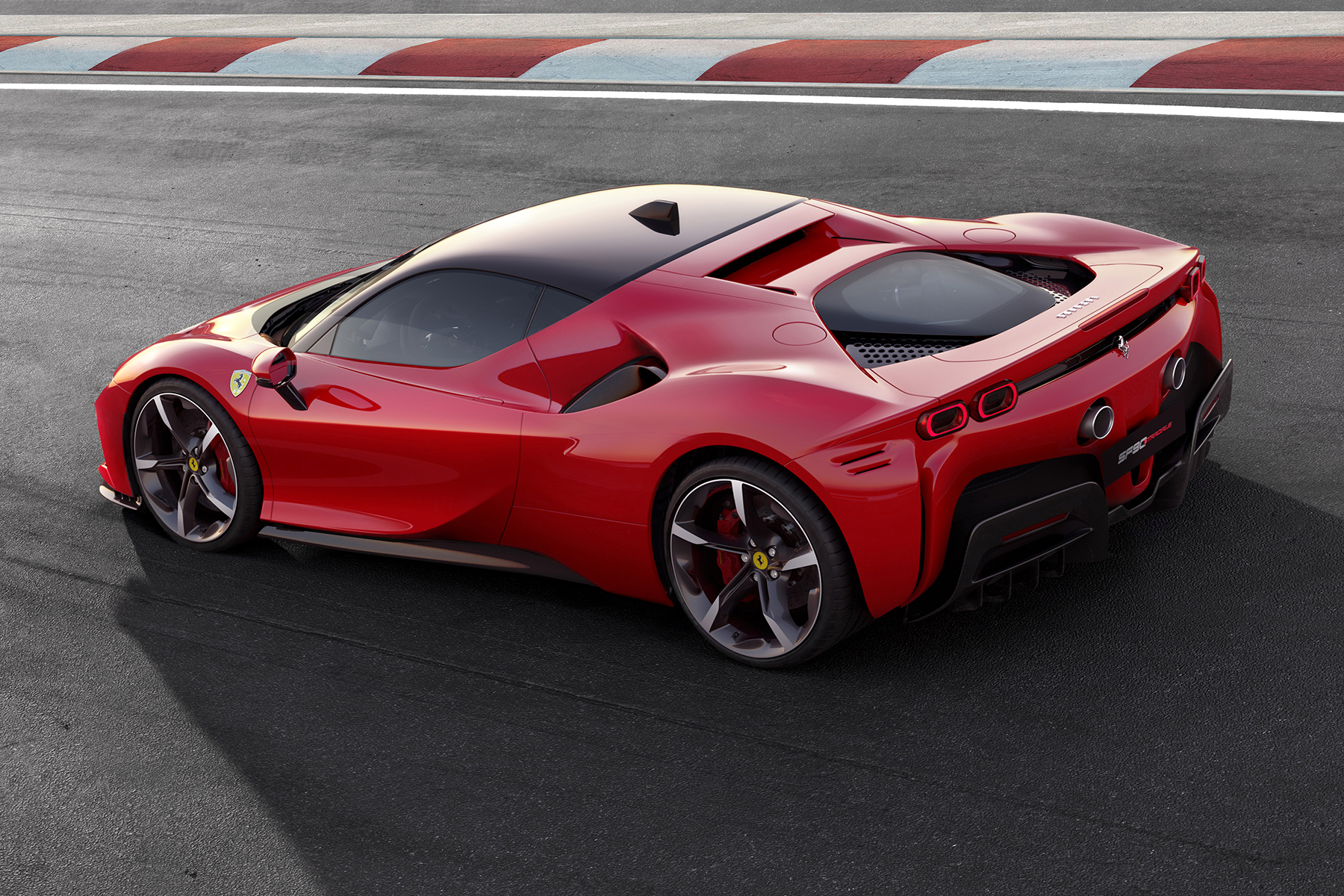 New SUV awaits
Ferrari sells limited-edition Monza SP1 and SP2 supercars for around $1.85 million each. Ferrari is due to launch a hybrid Purosangue SUV in September, which will compete with the Lamborghini Urus, Bentley Bentayga and Aston Martin DBX.

Some analysts have looked forward to Ferrari embracing the electric car age. Morgan Stanley analyst Adam Jonas reckoned electric cars would be a plus not a minus and said this last year.

“We see Ferrari as an emerging EV play that is being very much overlooked by the market. The window of opportunity to own Ferrari while the market holds its “EVs are bad for Ferrari” narrative won’t last long. Why do we think EVs are a positive for Ferrari?” Jonas said this would increase the total addressable market, improve growth, lower costs, improve margins, and improve the relevance of the stock to investors outside of luxury goods and traditional auto companies.

But last year Goldman Sachs switched its investment recommendation to “sell” from “buy”, citing among other things the huge expense of embracing electric power, and difficulties replicating its big profit margins.

Manufacturers Under Pressure As They Strut Their Stuff At The Festival Of Speed
Greens Laud EU New ICE Ban, While Manufacturers Demand Fast Charger Action