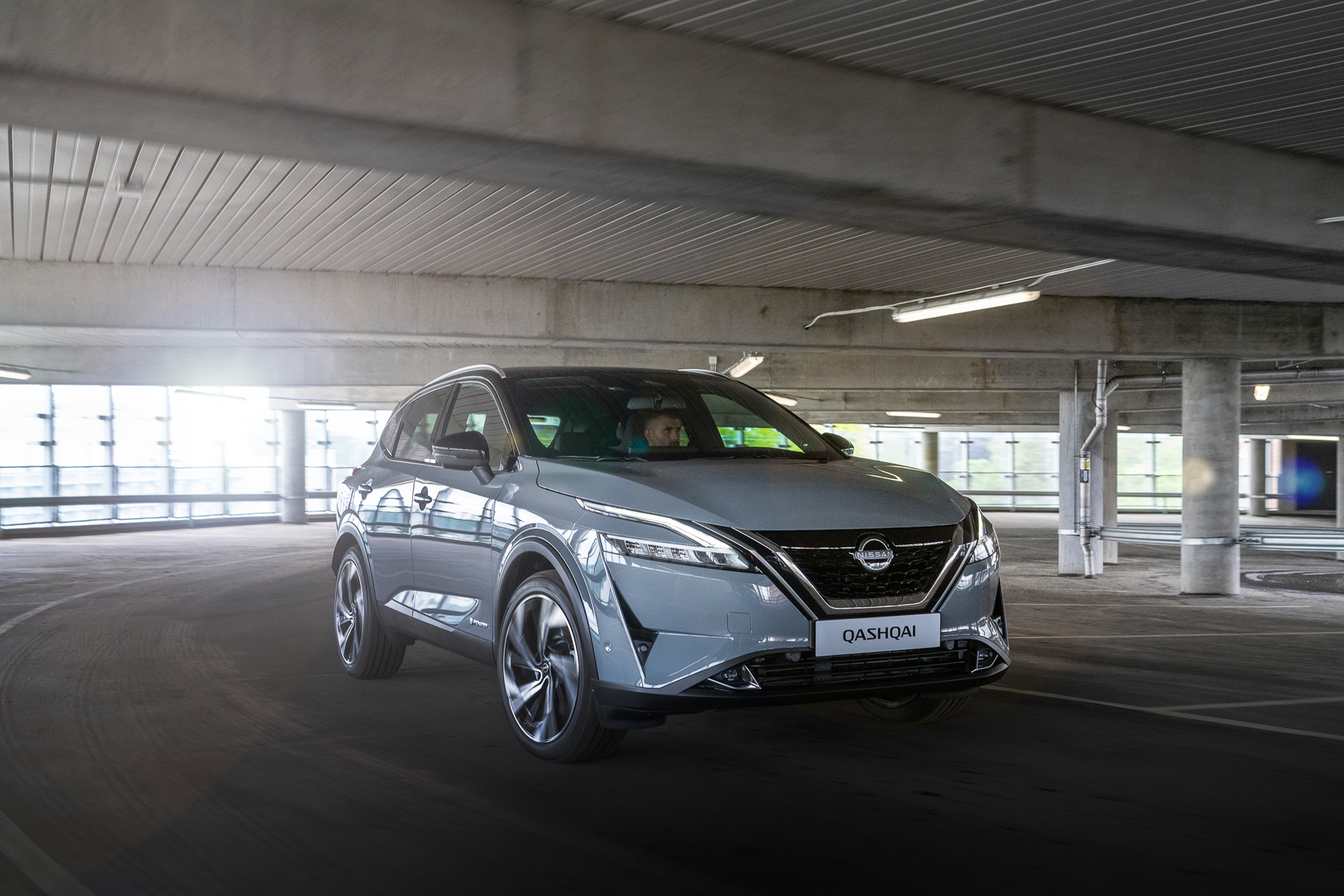 Will EU Concede On 2035, And Let Hybrids Like Nissan’s Take The Strain?

“If by 2028 BEVs were way off course, if battery prices were not much lower and infrastructure insufficient, a graceful backdown might be needed. If China intrusion was setting off panic there could still be a climb down by not banning ICE completely”

That’s the view of one expert who predicts dire consequences for the European auto industry if the EU’s proposed ban on the sale of new ICE (internal combustion engines) goes ahead in 2035 without reform and suggests an embrace of hybrids will save the day.

This opinion is currently on the margins

of the CO2 debate, with politicians across Europe and environmental lobby groups solidly behind the ban. The European industry itself has sought to present a broadly solid public front, appearing to agree with the political consensus, but recent comments from Toyota of Japan and the Stellantis conglomerate have questioned the policy. There are also powerful dissenting voices from academia, but they are still only a minority.

Nissan Qashqai e-Power hybrid
I’ve been driving the new Nissan Qashqai e-Power hybrid, and if European Union (EU) rules aren’t changed, new hybrid cars like this will be outlawed in the EU by 2035, and by 2030 in Britain, although the latter’s ban on the sale of ICE-powered new vehicles has a question mark over the future of hybrids. The Qashqai e-Power hybrid combines a battery and a 1.5-liter three-cylinder turbo-charged 188 hp gasoline engine and a 140 kW electric motor. The gasoline engine doesn’t power the wheels but generates the electricity for the electric motor that does. Nissan says this produces 44.5 miles per U.S. gallon, although my incomplete data suggests much less than this – 31.2 miles per U.S. gallon. Other reviews suggest the Nissan claim is on the high side.

Unless the EU is forced by circumstances to dilute its rules, this type of hybrid (battery working with ICE engine, little electric-only range, like the original Toyota Prius) will be banned by 2035. Plug-in hybrids (PHEVs-bigger battery than regular hybrid allows up to 50 miles battery-electric only range) will be banned too, perhaps demonstrating not only EU legislators are unaware of unintended consequences but also haven’t heard the aphorism “perfection can be the enemy of the good”. The California Air Resources Board (CARB), known for its radical approach to CO2 regulation, has decreed some PHEVs will be allowed after its proposed ban on new ICE car sales in 2035. This is because a total switch to BEVs would harm the poor in remote, rural areas, the CARB says.

So by 2035 in Europe, no new ICE power in any form will be allowed unless the EU relents. A couple of stories in the Wall Street Journal over the holidays, and an earlier report from Toyota, point to some gathering obstacles that might cause an EU re-think. The path to 100% BEVs in Europe’s new car market depends on the underlying economics. The price of batteries, which VW now say account for around 40% of the BEV price, must fall continuously. That has now been reversed because of the cost of exotic raw materials like lithium, nickel, cobalt, copper, magnesium and graphite. If sales are going to rise about 7 times in Western Europe by 2030, that’s a formidable barrier to cost cutters as demand for expensive and rare content explodes. According to the Wall Street Journal in Germany, the cost of fuelling a BEV has risen to close or even higher than an ICE vehicle on public charging networks. That won’t change much in the foreseeable future, the newspaper says, after the Russian invasion of Ukraine caused a European energy crisis. The Wall Street Journal’s Allysia Finley points out that winter weather not only slashes electric car range it slows down the process of recharging to a trickle.

Toyota shocks
Just before Christmas, Toyota Motor Corp President Akio Toyoda said the auto industry’s silent majority questioned the whole future of electric vehicles and was hiding a growing uneasiness about the electric transition. Toyota has been comparatively slow to make the switch to BEVs, saying this reflected the reality of the market. Critics say this is a cynical move to justify its mistake in not fully embracing the electric revolution.

Nick Molden, CEO of independent emissions testing company Emissions Analytics, agrees with Toyota that many big auto manufacturers are hedging their bets more than their public statements would suggest, in favor of hybrids. Molden, in an interview, said there is still time for the EU to avert disaster by amending the rules and allowing hybrids to take the strain for now in the march towards cutting CO2 emissions.

“If it looked by, say, 2028 that BEV adoption was way off course, if battery material prices were not much lower and infrastructure was insufficient, a graceful backdown might be needed. If the rate of Chinese intrusion into Europe was setting off panic in the European auto industry there could still be a climb down by not banning ICE completely; there could be some wiggle room,” Molden said.

“The average CO2 of new ICE cars is about 160 grammes per kilometer (g/km), plus 40 g/km for gasoline production – a total of around 200 g/km. If you did nothing but convert all of them to full hybrids you could reduce this by 30% – that’s 140 g/km, worth having but nowhere near zero. A BEV is zero emissions at the tailpipe, but during construction, battery materials and the like, that’s say 7 tons for a 80-kWh battery and 200,000 kilometers (125,000 miles) that’s about 35 g/km, then electricity generation 58 g/km, that’s 93 g/km. So, if you convert everything to hybrids, that’s not much more expensive than making current ICE vehicles and saves significant CO2,” Molden said.

“Europe is stuck between China and America; it’s caught in a pincer. I don’t think (the politicians) know what to do. It doesn’t have the raw materials or processing capacity, so it can’t compete. It faces a shrinking industry with Europe becoming a final assembly factory for the Chinese, a bit like what happened to the U.K. with the Japanese. The economic value will fall significantly, and employment too, and this is likely to provoke political instability,” Molden said.

Stellantis CEO Carlos Tavares has already pointed to the problems facing Europe if the forced adoption of electric vehicles means average earners are priced out of new cars. He has said if only the relatively rich can afford personal mobility this will not play well at election time. Think of a Europe-wide “gilets jaunes” movement. Tavares has also made clear the idea that Europe’s politicians deciding that BEVs shall win the new technology race is a recipe for disaster. So much better to allow competing technologies to provide the winners.

But it’s safe to say that European politicians show no sign of wanting to compromise on their net zero plans. And if they did, radical green lobby groups like Brussels-based Transport and Environment would swing into high gear.

Will EU governments see the light and water down the ICE ban?

“I don’t think so, because of the sway held by environmental NGOs (non-governmental organizations like T&E). If it happens it will be forced on them by market realities. The ICE ban could be diluted to allow full hybrids to exist for much longer, the chance of that is reasonably high. Perhaps allow hybrids for another 10 years. There will eventually be an ICE ban, but it makes sense to put it off into the future and allow full hybrids a lot longer life,” Molden said.