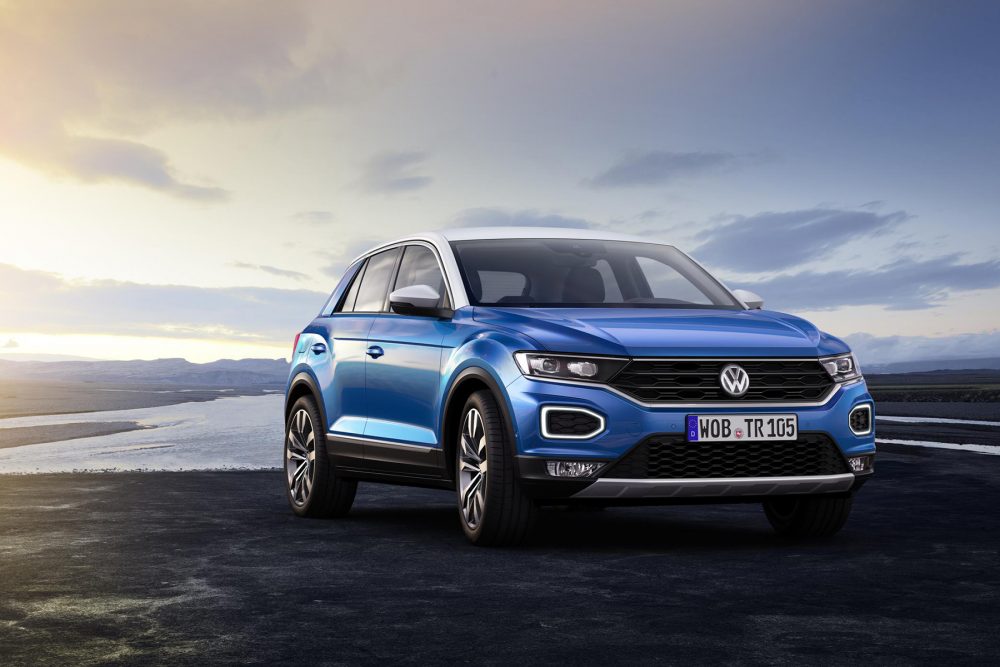 VW SUV Plans In U.S. Liftoff, But Will It Import The T-Roc?

Volkswagen missed out on the initial SUV boom in the U.S. because its vehicles were too small, but the big Atlas and the long-wheel base Tiguan have addressed that problem. VW now needs to fill in its smaller SUV offering and Europe has the perfect candidate, the T-Roc.

Unfortunately for VW, the T-Roc made in Europe is said to be too expensive for the U.S. market, although as you can see it certainly looks the part.

On European roads, the T-Roc stands out as handsome and attractive, although that’s not saying much given most SUVs here are anonymous boxes. A yellow and black T-Roc “Design” I drove had many eye–catching features including running boards, roof rails and that raked rear end. It was powered by a 1 litre, 3-cylinder, 113 hp engine with a 6-speed manual gearbox and front-wheel drive. If it does ever get to the U.S., the 2 litre 187 hp gasoline engine with automatic gearbox and four-wheel drive would fit the bill.

But before you start sympathizing with Europeans and their inadequate little motors, this 1 litre engine direct injection turbocharged motor with electric boost was amazing. It had plenty of power for reasonable acceleration. The six speed manual box was a delight. It cruised quietly and strongly on the highway, and even had some torque when required in high gear. Fuel consumption was 33.3 Miles per U.S. gallon compared with VW’s claim of 46.1 mpg. Under the new Real World rules starting in Europe in the fall, these fuel consumption claims are required to be much more accurate.

It’s a measure of the turnaround in VW’s U.S. market strategy that in the new bigger Tiguan, launched last year, accounted for more than 25% of its U.S. sales of 172,898 in the first half of 2018, which were 7.2% higher than the same period last year.

“Volkswagen has made a big push in the last 4 to 5 years with the U.S.-built Atlas and the Tiguan going great guns. I think they’re now selling just under 50% SUVs and in terms of strategy it is going well. VW is looking at almost increasing volume by a factor of three between last year and 2023 on the back of SUV sales and expanding the model line-up,” Urquhart said.

Dave Sullivan, analyst at Autopacific in Detroit, doesn’t think VW will send the T-Roc to the U.S., but the smaller offering is about to be strengthened.

“No T-Roc for the U.S. It’s way too small. We will get a version of the SEAT Ateca/Skoda Karoq here and it will probably be called the Apollo,” Sullivan said.

SEAT and Skoda are VW European subsidiaries which crank out versions of VW brand vehicles using VW components which look different and are often cheaper. The Ateca and Karoq are small SUVs which would compete in the same segment as the Nissan Kicks, Volvo XC40, Subaru Crosstrek, Jeep Compass and Buick Encore.

Apollo
Sullivan said the Apollo will probably appear late next year, made in Mexico. The T-Roc was too expensive and too small. He agreed that VW was making good progress on the SUV front.

“VW’s made credible progress with its SUVs helped by the Atlas and Tiguan. It has moved on from the car-centered lineup that wasn’t what consumers were looking for,” Sullivan said.

McLaren Plans More Models And 100% Electrification By 2025
Tesla China Factory; Investors Will Believe It When They See It