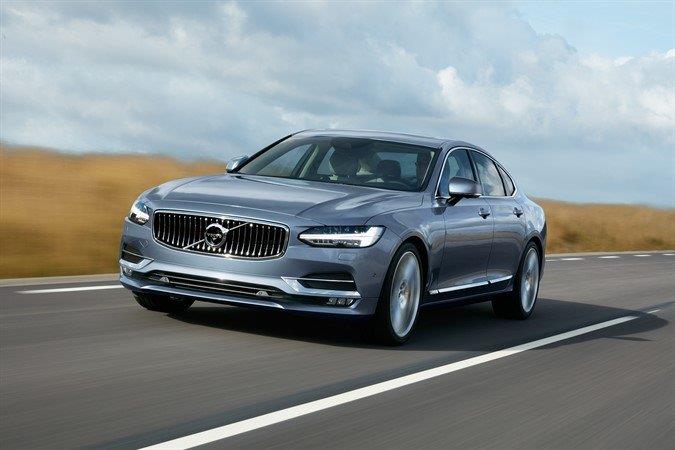 Volvo’s new large sedan, the S90, will make its world debut at the Detroit Car Show next month.

Volvo, in a statement released from its headquarters in Gothenburg, Sweden, has some impressive claims for its new car, which will compete with the Mercedes E class and BMW 5 series. The S90’s improved collision avoidance system will be able to detect elks, horses or mooses, even at night, and apply the brakes to avoid a collision.

That might be a big plus in Sweden and the northern areas of the U.S., but the S90s main target market is China. But if a vehicle has the technology to avoid large animals it can’t be much of stretch to make it doesn’t hit people too.

Engine choices include a plug-in hybrid.

Volvo has been investing heavily to turn itself around after being sold in 2010 by Ford to Zhejiang Geely Holding Group of China.

“With $11 billion of investment over the past five years we have not only re-imagined what Volvo Cars can be – we are now delivering on our promise of a resurgent and relevant Volvo Cars brand,” Håkan Samuelsson, President & CEO, Volvo Car Group told a press event.

According to IHS Automotive, the S90 will easily beat the sales performance of the car it replaces, the slow selling S80.

Peak
“The S80 peaked at around 40,000 a year globally during 2007 and we estimate that by 2018 the S90 will sell around 60,000 per annum. This is due to heavier emphasis on the market in China early on, where it has a wider dealer network/brand recognition,” IHS analyst Michelle Culver said in a report.

An expected early launch of a long-wheel base version, will help sales in China, Culver said.

“The model will also have a presence in the U.S. and Europe as well, although in Europe, the forthcoming V90 estate (station wagon) that will sit alongside it will have the far bigger visibility. Even so, the S90/V90 combined are expected to sell in far smaller numbers than the Audi A6, BMW 5 Series and Mercedes E class,” Culver said.

The S90 will use much technology from the new XC90 SUV.

“Given the strong initial performance that has been seen by this model (XC90), this will prove to be a strong starting place,” Culver said.