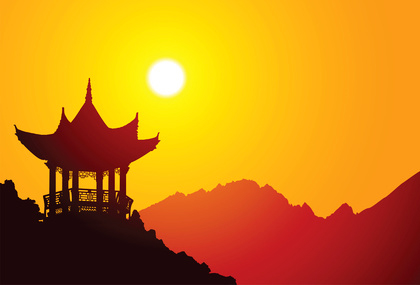 “Chinese are probably just as freedom loving as us, and won’t put up with being denied voting and civil rights for much longer, despite being bribed with a better standard of living and a Mercedes on the driveway”.

“How much longer before China boils over? What happens to the auto makers’ bottom lines then, particularly the Germans?”

“China has big hegemony ambitions and if it pursues them it is likely to provoke military action with the West”.

A couple of BBCTVNews items this week out of China reminded me what a wing and a prayer that car market has been for the industry, and how the chances of it all ending in tears is still a distinct possibility.

We tend to forget that China, for all its superficial capitalism, is still a communist dictatorship, and not a very nice one either if you raise an eyebrow of dissent.

One BBC news item brought that home vividly, when journalists and film crews were jostled and roughed up as they tried to cover the trial of one of Chinese human rights lawyer Pu Zhiqiang, accused of “inciting ethnic hatred” and “picking quarrels and provoking trouble”. The trial ended with no verdict announced. Critics say the case is politically motivated.

Police scuffled with foreign journalists, diplomats and protesters who were barred from entering.

Pu, who was in court over comments made on social media, is the latest to be tried in a crackdown on lawyers and dissidents. He faces up to eight years in prison if convicted.

Hegemony ambitions
The second item on the same news programme also most have given investors food for thought, and threatened nightmares to come. This concerned China’s aggressive attempt to claim disputed territory in the South China Sea. BBC correspondent Rupert Wingfield-Hayes flew in a light plane over the disputed area which is being reclaimed from the sea by China. The pilot was ordered out of the area by an aggressive sounding Chinese operative who didn’t take kindly to being told this was an area of international air space owned by nobody. Wingfield-Hayes reminded us that the Chinese dictatorship has big hegemony ambitions in this part of the world and if it pursues them it is likely to provoke military action with the West.

Then what will happen to the Chinese car market, the world’s biggest?

The persecution of Pu also reminds me that despite the Communist dictatorship, the Chinese are probably just as freedom loving as us, and won’t put up with being denied voting and civil rights for much longer, despite being bribed with a better standard of living and a Mercedes on the driveway.

How longer before China boils over? What happens to the auto makers’ bottom lines then, particularly the Germans?

Ford Vignale Folly
Of all the errors constantly being repeated down the years by hubristic auto industry leaders is the notion that mass car manufacturers can somehow break into the high profit margin sales dominated by the Germans.

The record shows that any attempt to move upmarket will end in tears and will just waste mountains of money. Peugeot is trying it with its DS brand. Renault has launched Initiale Paris, designed to repeat the Vel Satis and Avantime disasters. Ford has also launched its Vignale attempt to do the same thing, despite having a perfectly respectable upmarket brand in America, Lincoln.

Ford announced a new manager for the Vignale project, which is now getting its first blinged-up Mondeos. You won’t believe this but in the statement announcing the (unfortunate) new manager, Vicky Allen, the Vignale will boast “a concierge-style backup dealership service”.

“Ford designers and engineers have responded with cars, which are hand finished by master craftspeople in our plants.  This attention to detail is being extended to ownership, which achieves the same level of sophistication thanks our new state-of-the-art FordStores,” said Allen.

The Koreans Kia and Hyundai are beating a more intelligent path to higher margins. First they earned a toehold with cheap and cheerful vehicles with cast-iron guarantees. Then they raised quality standards and added compelling design to make their vehicles irresistible. Now they are extracting maximum return by raising prices, but unlike European mass-marketeers, they’ve earned a shot at the Germans, and stand a better chance of joining them.

WintonsAutoBlog – my regular look at potential curve balls being thrown at the auto industry because of hubris, stupidity or a refusal to learn from past mistakes.