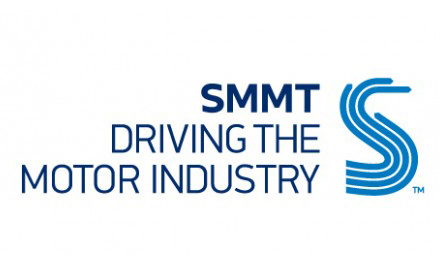 “For Americans, it would be like waking up one morning to find NAFTA’s Mexico and Canada had a veto over the U.S. Congress”.

If the Alliance of Automobile Manufacturers, which includes domestic and foreign car makers, decided to support Hillary Clinton or Donald Trump’s candidacy for President of the United States, there would be outrage and accusations about foreigners interfering in American politics.

But that’s in effect what Britain’s umbrella automotive industry organisation, the Society of Motor Manufacturers and Traders (SMMT), and dominated by foreign members like Ford and GM of the U.S., Japan’s Toyota and Germany’s BMW, has just done.

The SMMT has jumped into a hot political issue concerning Britain’s membership of the European Union. Prime Minister David Cameron, fulfilling a pledge from the general election last May, promised a referendum on Britain’s continued membership of the E.U. by the end of 2017. Current opinion polls suggest that those supporting withdrawal may well win. This has led to panic stations amongst many big international corporations generally operating out of Britain, and is causing a fit of the vapors in the automotive industry in particular. Some automotive industry leaders here fear business will suffer if Britain leaves. They worry trade barriers will suddenly be erected, even though big manufacturers like the Germans have huge sales in Britain which they would be loathe to jeopardize.

Britain joined the E.U in 1973 when it was known as the Common Market. A referendum in 1975 confirmed membership. During that referendum campaign, most mainstream politicians declared that the Common Market was just that; a free trade area with no political ramifications at all. Fast forward 40 years, and the E.U. dominates much of Britain’s Parliamentary processes, with legislation handed down by a Brussels government thought by many to be remote, opaque and unaccountable.

Veto
For Americans, it would be like waking up one morning to find NAFTA’s Mexico and Canada had a veto over the U.S. Congress. Americans wouldn’t tolerate being governed from Brussels and Strasbourg by anonymous, unaccountable bureaucrats, but companies like Ford and BMW insist that Britain must stay in otherwise the automotive industry will die on the vine.

The trouble is auto manufacturers have form crying wolf over Europe. In 2002 the industry was united in saying loudly and over and over that if Britain failed to sign up for the single European currency its economy would be doomed and the auto industry stumble. That clearly wasn’t the case. Adoption of the single currency has impoverished much of Southern Europe because their economies couldn’t handle the higher value of the euro, while the Germans, previously saddled with a strong mark, have made hay because of the euro’s relative weakness.

Until about a year ago, industry leaders in Britain were pretty much united in saying Britain must stay in the E.U., but since then they have begun to back off as opinion polls start to show that the “out” supporters may well win. Even Nissan, probably the most strident follower of the notion that Britain was doomed outside of the E.U., has begun to back off. GM says if Britain left it wouldn’t abandon its Vauxhall subsidiary. Jaguar Land Rover, Aston Martin and VW’s Bentley say they could live with an “out” victory. VW itself has studiously avoided getting involved in the argument. Peugeot of France says it will live with whatever decision Britain makes. Very sensible.

Ford and BMW remain adamant that Britain must stay in the E.U.

The SMMT’s president Gareth Jones, in a speech last week, urged that Britain should remain in what he called a “reformed” EU.

Reform
“Reform is needed, particularly when it comes to better regulation that supports global competitiveness. But we must have a seat at the (E.U.) table to ensure this happens,” Jones said.

Prime Minister Cameron has been negotiating for improved terms for Britain, but many Parliamentarians have dismissed his aims as unambitious. Cameron has said if his negotiations don’t succeed, he might lobby for exit too.

The industry insists it will somehow be powerless to operate in Europe if it is no longer a member of the E.U., despite the fact that German companies are highly successful in China and the U.S. with no political representation at all.

Multinational companies covet the convenience they get from E.U. membership. In an ideal world for these companies there would be one global government with only one currency to simplify their lives.

Michael Burrage, analyst with Cimigo, an Asian-based marketing and corporate strategy outfit, in a report a couple of years ago, pointed out that since joining the Common Market in 1973, Britain’s share of trade with core E.U members had remained virtually unchanged. The conventional wisdom assumed there would have been a huge increase.

Burrage also agrees if Britain left the E.U., a free trade agreement would be likely.

“In the event of leaving, the U.K. government will negotiate free trade with everyone, and the interests of the motor industry, and the finance sector will be priorities one and two,” Burrage said.

But all these economic arguments probably will make little difference when the referendum comes around. That is likely to be dominated by the heightened fear of unlimited immigration which headlines the news almost daily now in Britain.