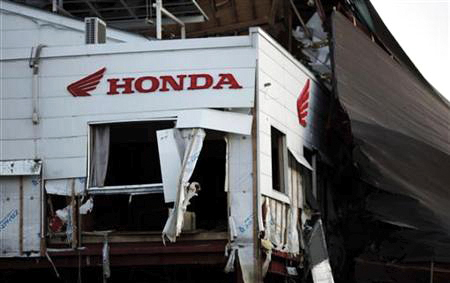 Controllers, Chips, Chemicals May Be Trojan Horse, Even For Europeans
Peugeot Resumed Diesel Production But Is Actually Stockpiling

“Sudden, significant supply interruptions in May, June a real risk”

All the news out of Japan seems to suggest that everything is returning to normal in the automotive industry after the earthquake, tsunami and nuclear meltdown, but not everybody agrees that happy days are here again.

Max Warburton, auto analyst with Bernstein Research, is getting nervous about the possibility that manufacturers of certain crucial components – controllers, chips and some chemicals used in resins and glues – have been affected, and that shortages may cripple final production of automobiles in Europe before the second quarter is out.

“Sudden and significant supply interruptions in May and June look a real risk. Estimating the extent and pattern of disruption is impossible without information on what sources the (manufacturers) use for semiconductors, which they refuse to provide, we can’t estimate the impact accurately,” Warburton said.

Warburton said the reaction by European manufacturers to the crisis has been strangely calm, with many insisting little disruption was expected.

“We are increasingly concerned that this view is cavalier as raw material suppliers to semiconductor makers have been disrupted,” Warburton said.

“Don’t’ be misled by recent production restarts in Europe. For instance Peugeot announced on March 21 that it was stopping production of a certain diesel engine due to shortages of a Hitachi supplier air flow mass sensor. Yet on March 28, it announced that it was resuming production again. What this latter statement does not explain is that Peugeot has not actually received fresh deliveries from the Hitachi plant, but rather has decided to build engines for inventory, and will stockpile them in the hope the electronic parts will arrive later,” Warburton said.

Warburton reckoned that normal service would be resumed by 2012, but meanwhile he was constructing a couple of scenarios to try and assess the risk to European manufacturers’ finances. Warburton said the worst case would mean four weeks of output being lost by Europeans, and the best, two weeks. The best case would mean second quarter EBIT cuts of between 27 per cent at Daimler and 50 per cent for Fiat Auto, which mean year shortfalls of seven per cent for the German company and 16 per cent at Fiat. The worst case would mean near breakeven in the second quarter for the premium brands, or losses for most mass market manufacturers. Warburton has already cut profit estimates for Renault because of its alliance with Nissan.