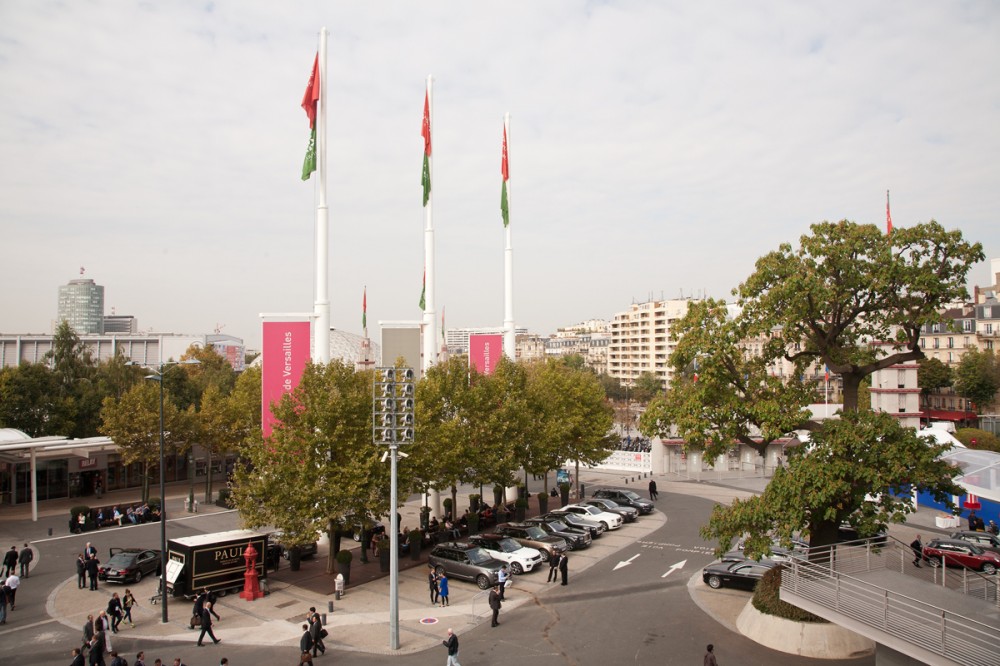 “The German economy is no longer running smoothly”.
“There are definitely increasing signs of turbulence with pockets of demand falling in some key markets”.

The Paris Car Show should have been a time to celebrate the return of the good times after the great recession, but it is turning into a nail-biting quandary about the strength of the recovery.

Instead of production being fired up with the promise of fatter profits, output is being cut back by manufacturers like Ford Europe, Fiat Chrysler Automobiles in Italy, and Peugeot of France’s eastern European operation. The relentless price cutting and discounting continues in a desperate attempt to clear dealer lots and keep factories ticking over.

Visitors to the show will no doubt be protected from the corporate turmoil and be bowled over by all the exciting new models. The star of the show is the snazzy new Mazda MX-5 roadster, pressed by the small XE Jaguar sedan, and the big Volvo XC-90 SUV. But things aren’t going according to plan, which earlier this year called for a healthy, sustained rebound from the depths. The industry has always excelled at plastering over cracks, and this time expect the assembled industry chieftains to provide the usual unified front of concerted optimism.

Latest data from IHS Automotive showed 28-member country European Union (E.U.) car sales momentum slowing in August, with the annual growth rate drifting down to 4.9 per cent for the year, down from the expected annual growth of 6.0 per cent. IHS now expects sales of 12.3 million in 2014, up from 11.7 million in 2013. This should edge up to 12.7 million in 2015. LMC Automotive has cut its forecast a bit for the slightly smaller Western European area, but which includes all the big markets like Germany, to 12.10 million, from an earlier forecast of 12.11 million

Forecast slashed
Meanwhile the OECD slashed its growth forecast for the 18-member euro zone to only 0.8 percent this year and rising only slightly next year to 1.1 percent, a sizeable downgrade from its May projection of 1.2 percent in 2014 and 1.7 percent in 2015. Nervousness about the implications of sanctions on Russia are adding to consumer reluctance to commit to spending on products like cars, which are hardly necessities of life. Consumer confidence is crumbling in Germany, by far Europe’s biggest economy and car market, according to the IFO institute.

Forecasters warn that their projections may have to be scaled back if this uncertainty takes hold.

Is this just a temporary stumble, or is Europe threatened with a crash back to the bad old days following the crash of 2008, when sales had reached up to 15.6 million the year earlier, before sliding down to 11.5 million in 2013?

“now there are some dark clouds on the horizon”
According to Professor Stefan Bratzel of the Center of Automotive Management in Bergisch Gladbach, Germany, there’s no real prospect of a return to the bad old days, but the expected healthy rally is certainly threatened.

“In the first few months of the year we had expected an improvement, although starting from a low level, but now there are some dark clouds on the horizon and now we expect only a very slight increase at best. German car sales are stumbling a bit, although the economy is basically ok. Germany is not turning out to be the locomotive for car sales,” Bratzel said.

Bratzel said the turmoil in Ukraine is having a negative impact on car buyers because of the uncertainty it generates.

IHS Automotive analyst Tim Urquhart said despite the solid, 12 months of continuous improvement in European car sales, from a record low base, this hadn’t put an end to the fundamental weakness with sales kept alive by incentives and price cutting, with manufacturers unable to sell cars anywhere near list prices.

Urquhart retained a positive long-term outlook, saying all things being equal, sales would likely creep up to about 14 million in 2019 and 14.1 million in 2020, although that had to be compared with 2007’s 15.6 million.

“The E.U. auto market recovery has slowed and is likely to slow further/turn negative in the second half. However, this is well flagged. We also ask, does it matter? Thanks to the growth over the last 12 months, volumes are at a more solid level and earnings can improve as (manufacturers) continue with self-help,” Ellinghorst said.

Professor David Bailey of the Aston Business School said the malaise since the collapse of 2008 has decimated many mass car makers in Europe, and it might have been worse but for the new markets like China.

“Most European mass car maker have bled red ink over the last few years. The exceptions have been the German makers and Jaguar Land Rover, and amongst the mass producers only Renault (of France) has broken even thanks to its budget Dacia brand,” Bailey said.

Overcapacity
The big problem of chronic overcapacity remains to be addressed.

“This self-inflicted problem anyway pre-dated the financial crash given the rush by car makers into setting up huge amounts of capacity in central and eastern Europe in a quest to tap cheap labor costs. But after the worst crisis in 20 years, European car sales are now finally picking up, even if from a very low level. So far this year, (sales) have been up nearly six per cent. Partly that was driven by heavy discounting as car firms have slashed prices, with such discounts adding up to 20 per cent off car prices in Germany and 19 per cent in France on average,” Bailey said, quoting an investment bank’s report.

Bailey shares the view that the rally may not have much more strength left in it because of the floundering European economy. That won’t help flailing profitability, either

Bernstein Research analyst Max Warburton shares the gloomy analysis of the European market, but clings to the notion it will probably recover in the long term.

“Europe looks increasingly like the “lost continent” with volumes still deeply depressed, price and mix having been hammered, and few obvious glimmers of hope. But if we scrape beneath the surface, can we find any evidence of green shoots?” Warburton asked in a report.

Eventually
Warburton agrees with Bailey’s notion that European manufacturers have been kept alive by export markets, but they have failed to cut costs and headcount.

“Is Europe destined to see an indefinite period of low or zero growth, with car demand impaired as unemployment remains stubbornly high and consumer confidence wanes? Or are we set to lose a generation of car buyers, who can never afford to join the market?” Warburton said.

Warburton plumps for the positive view.

“One day, we believe European car demand will surely improve – and it will happen unexpectedly and before macro indicators like unemployment trend up. But for now, European manufacturers will need to continue to search internationally for growth and bite the bullet on restructuring at home,” Warburton said.

The Paris car show is open through October 19. First time appearances are being made by the Audi TT roadster, Skoda Fabia, Suzuki Vitara, Hyundai i20, Renault Espace and Opel/Vauxhall Corsa