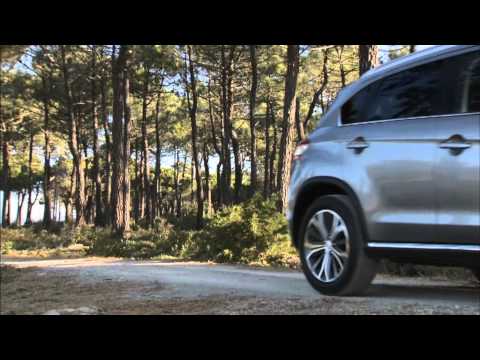 Spare a thought for the Europeans as exuberance, rational or not, returns to America’s automotive business.

European car manufacturers are about to report their financial results for 2012, and everybody knows that these will be dire if you aren’t domiciled in Germany. The trouble is, there’s no end in sight to the financial blood-letting. Even if the Western European sales dive bottoms out in 2013 as consensus insists, the lack of reform coupled with increasing competition from places like China means that pressures will intensify.

The unhealthy state of the industry seeds rumors and fevered theorising, including the idea that VW will buy Alfa Romeo and Ferrari from Fiat, GM finally loses patience with Opel-Vauxhall, and Renault of France somehow merges with compatriot Peugeot-Citroen. The reality is likely to be more of the same, as the weaker elements of the industry slip towards failure, and governments veto action which might restore overall health, for fear of the political consequences.

Even if sales in Western Europe level out later this year, many experts see the pain continuing for the foreseeable future. The main obstacle to European restructuring remains government unwillingness to tolerate what would considered to be rational action in any other industry. If a normal company is losing so much money that it’s future is threatened, it either goes to the wall or is taken over by a healthy competitor. But European car companies are often perceived as “national champions” the demise of which would mean loss of face, and politically embarrassing protests by the unemployed. No matter that persisting with unprofitable car companies means the problem will get worse and hurt even more people the longer action is delayed.

Washington politicians aren’t the only ones kicking cans down the road.

Lost decade
“Europe is still in the early stages of a ‘lost decade’. Europe probably has stabilized at down only four per cent in 2013, but the problem is there’s no recovery in sight. Millions of units of stranded (over) capacity are likely to remain. The European auto industry’s status of employment agency and low returns appears secure for years to come,” Morgan Stanley analyst Adam Jonas said in a report.

According to Professor Ferdinand Dudenhoeffer of the Center for Automotive Research (CAR) at the University of Duisberg-Essen, German premium manufacturers like BMW and Mercedes will have used their success in China and the U.S. to balance out Europe’s economic weakness and will report lower but sound profits. Volkswagen, Europe’s biggest car manufacturer, is finding things a little tougher than the previous year, and is having a hard time selling its brand new and most important product, the Golf Mark VII, without expensive incentives.

Thinking hard
Dudenhoeffer said all the big non-German manufacturers are either restructuring, or thinking hard about doing it. He is impressed with Ford Europe’s efforts, which include the shutting of plants, but sees Opel-Vauxhall as being too slow.

“GM Europe has been talking with the unions for nine months now and still there are no results,” Dudenhoeffer said.

But he does concede that some new products from Opel are promising, like the little Adam city car and Mokka small SUV. Both GM and Ford Europe, despite being at different stages of restructuring, face similar outcomes this year.

“I think they will both have heavy losses in 2013 and both will be in big red numbers,” Dudenhoeffer said.

This slow but steady meltdown amongst Europe’s non-German car manufacturers has been demanding drastic action for years.

(The Germans took their medicine in the mid-2000s as government sponsored supply-side reforms forced painful cost-cutting and reorganisation, and led to today’s lean and mean outcome).

As things get a little worse every year, so the cry goes up that the shakeout is imminent and can’t be put off any longer.

Max Warburton, analyst with Bernstein Research, has some ideas about what could happen by the end of 2013. Although they would make sense, he concedes they are unlikely.

Volkswagen could buy Ferrari and Alfa Romeo from Fiat, said Warburton. This would make a lot of sense for Fiat which needs cash to buy the rest of Chrysler it doesn’t currently own and allow it access to the American company’s impressive cash flow, and cut its burgeoning debt. VW is known to covet Alfa, and reckons it could turn it into a formidable sports-car maker. Warburton speculates that GM could run out of patience with Opel, although GM’s management has been very vocal in denying this. Renault, owned 15 per cent by France, could be sucked into rescuing Peugeot by the government, or it might be taken over by a Chinese company eager to start making inroads into Europe.

Patience running out
Andrew Jackson, head of automotive analysis at Datamonitor, doesn’t see the Alfa deal going ahead, but wonders if GM’s patience will finally run out with Opel-Vauxhall.

“I would be surprised if the sale of Alfa went ahead. In business terms it would make sense to help the Chrysler purchase, but it does fly in the face of (Fiat-Chrysler CEO) Marchionne’s statement that he wants the group to move upmarket. In order to do that there is a requirement for a premium/lower premium brand such as Alfa, which has only just tied up with Mazda to produce a new roadster. There is considerable scope to physically and geographically grow the brand. The sale of Ferrari might not be as unlikely. If Fiat were in a position that this were to happen, I would imagine some form of partial divestment to private equity,” Jackson said.

Jackson wondered if the Mazda/Fiat roadster deal might point to a deeper alliance. He also thought there was a chance that GM could dump Opel.

”A year ago I would have said no, but unless there is tangible progress I think this could become a reality sooner than people might think. Alarm bells are already ringing – look at Stephen Girsky’s letter to Opel unions – so I think we are now at the “bottom of the ninth” – with Opel. Rumors of a handover of Opel to Peugeot–Citroen have been flatly denied. But unless there is a significant amount of rationalization and soon, or a significant rebound in the market, I fear it will be a case of too little too late,” he said.

Earlier this week in a letter to the German unions, GM vice-chairman Stephen Girsky said GM is willing to support Opel financially if the German operations are set up competitively and profitably. Opel unions must agree to more big cost cuts because  the European car market remain ”catastrophic” and unlikely to recover quickly, Girsky said.

Reject
The union rejected the idea.
Professor David Bailey of the Coventry University Business School also expects Fiat-Chrysler to expand with perhaps a third investor, possibly from China. Bailey also expects a Chinese onslaught on European markets sooner rather than later. Even if European sales flatten out, huge pressures will still mount on the weaker manufacturers as the rising costs of new models ratchets up and costs of meeting environmental regulations bites.

“The rate of increasing pressure will depend on how quickly new entrants from China can gain a foothold,” Bailey said.

The great and long promised restructuring is about to happen, surely?