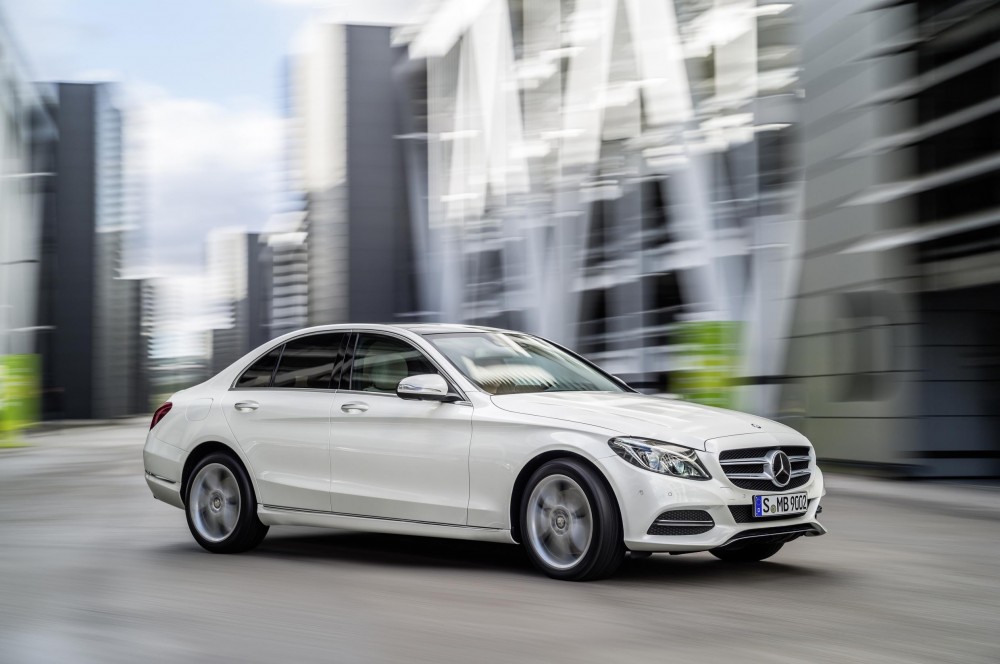 Bigger, Lighter, With Much Aluminium.

Mercedes-Benz will launch its new C-Class car at the Detroit Car Show next month.

Mercedes published the first pictures of the new car, and the styling follows the more swoopy, adventurous route shown recently by the little CLA. If you look quickly, you might confuse it with the top-of-the-range S-Class.

The C-Class competes against cars like the BMW 3 Series, Audi A4, and Cadillac ATS.

The C-Class is bigger than the model it replaces, but about 220 lbs lighter.

The car uses aluminium for nearly half of the body’s structure compared with less than 10 per cent in the previous car. Buyers can opt for air-sprung suspension on top priced, four-wheel drive models.

The C-Class is Mercedes-Benz’s biggest-seller. Sales of the preceding model, which was launched in 2007, total over 2.4 million.

This car is dripping with the latest technology, including the ability to apply the brakes to avoid an accident if the computer detects the driver hasn’t pressed the pedal hard enough. It can detect obstructions like pedestrians or other cars and brake to avoid them. It will warn you if you slip out of your lane, and park itself. A head-up display will show important data like speed, or satellite navigation instructions in a hologram above the hood, in the driver’s line of sight.

As well as the usual range of four, six and eight cylinder gasoline and diesel engines, there will be a diesel electric hybrid, and later, a plug-in hybrid. There is six-speed manual gearbox, and seven speed automatic.