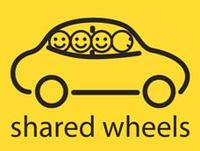 “The idea car-sharing might ever be more than a cheap and cheerful way for the young to get mobile, and that mainstream car users would willingly give up their independence to buy time in a car just used by someone else, defies logic”

By 2025, the automobiles driving up and down our highways won’t looked markedly different, at least from a distance, from the ones in use today, but the way they are owned, manufactured, desired and used may represent a quiet revolution.

This could throw up some high hurdles for today’s leading automotive manufacturers to jump.

If you could get a sneak preview of 2025, more cars may be rented than owned.  Almost every other car will still be powered by an internal combustion engine. Look closer, and the cars might seem a bit flimsy. That will be because they are linked over the internet to give advance warning of the possibility of accidents. This makes it possible to design lighter cars which use less fuel and are less likely to collide. You might think that the drivers in 2025 are showing remarkable skills, discipline and patience by leaving a big distance between each other on the highway and driving exactly on the speed limit. Not really.  Computers will be keeping each car at a safe distance, regulating the speed, and triggering brakes when an accident looks possible. Get out your binoculars, and you will see many carrying a “Made in China” badge. Ten per cent will be battery-powered. They will be the ones stranded at the side of the road.

Roland Berger, the Munich, Germany-based strategy consultancy, has published a report previewing a study “Automotive industry 2025”, attempting to identify trends which may develop over the next 15 years.

The Berger report says the social status of the car is declining and costs rising, driving a change in attitudes towards ownership. Young people no longer get excited about the possibility of owning their own wheels, not least because in recessionary times, cars are often unaffordable. If young people aren’t passionate about cars in their younger days, they certainly won’t be excited so much as earlier generations when they reach peak earning power.

The report points to the fact that vehicle use is declining. What it calls the “break-even” point for car ownership is about 6,250 miles a year, and it quotes a German study claiming that 46 per cent of the population drive less than this, and 20 per cent drive less than half of that distance. Americans drive longer distances than Europeans and public transport is much less ubiquitous, but the overall trend is likely to be apparent there too.

One hour rental
The lack of enthusiasm for cars and the high price of use is making short-term rentals a viable prospect. Major manufacturers are currently weighing up the possibility of jumping in as active car rental players, with vehicles being hired for much shorter periods of perhaps one hour, for specific tasks like shopping. If the manufacturers don’t move in, a potentially hugely profitable part of the automotive business may be lost to them.

German luxury car manufacturers BMW and Mercedes have already launched projects seeking to evaluate short-term renting. Mercedes has a scheme in Austin, Texas and Ulm, Germany using Smart minicars. 20,000 have registered for the project in Ulm, and 10,000 in Austin. BMW has launched a project in Munich, and another one with Minis as part of the 5,000 Zipcar fleet in New York City.

The idea that more every day use of cars should take place in rented vehicles has huge and potentially damaging significance for the manufacturers. The Berger report quotes the Frost & Sullivan consultancy saying that so-called “mobility” concepts could cause one million cars per year less to be sold in Europe, by what it calls the mid-term. Berger expects 10 per cent of cars by 2025 will be battery powered, 40 per cent some form of hybrid, still leaving 50 per cent driven by the internal combustion engine. Many cars will be linked by computers which will provide route intelligence, accident avoidance data, and regulate speeds. Fuel consumption will be miserly.

Utility not emotion
Peter Cooke, Professor of Automotive Management at the University of Buckingham in England, says car ownership is moving more towards utility than emotion.

“The car no longer has the status it used to have. Remember how on housing estates you would always see the car owners out every Sunday washing their cars. You don’t see that any more. The car has lost the status it used to have. Now it’s a working tool, a necessity of life, and an expensive one at that. People are looking at ways to retain their mobility that doesn’t entail burning of ten pound notes,” Cooke said.

Even for private individuals, daily renting may begin to make more sense.

“People will want to know just how much their transport will cost. They’ve got to feed and insure the brute. I think we will see more of that,” Cooke said.

Cooke said the big car manufacturers are looking increasingly to sell mobility packages where you buy thousands of miles of vehicle use, rather than buying the vehicle. Companies are looking to cut the cost of business motoring and replacing corporate ownership for each individual with car pools for employees providing wheels for specific days and tasks, rather than as vehicles for personal use as well. This will make car ownership much more cost effective and easier to administer for companies.

Lower sales
This will also mean lower sales as cars are used more often and therefore more economically. Cooke doesn’t go as far as Frost & Sullivan’s prediction that this could lead to a one million cut in sales a year, but it doesn’t bode well for the manufacturers.

“There will certainly be a reduction (in sales) as we see greater vehicle utilization. Look at the cars sitting in a company car park not doing anything. This also implies enhanced public transport, even America which will be forced to follow this route,” Cooke said.

The Berger report said major manufacturers face the choice that if they don’t embrace short-term car rentals themselves other companies may steal an important profit source from them. The report also wonders if the automotive industry might have to become more like the information technology sector, where product life cycles are more like six months, rather than the four to six years of new vehicles. Power companies may become significant players, as expensive batteries become crucial factors in vehicle buying.

And expect big mergers as the automotive business seeks to fight off new players emerging to satisfy changing tastes and technologies.

“Critical size is essential. We expect things to go much the same way as with the dotcom companies, in which players of the necessary size have gained the upper hand in each segment in just fifteen years. And 2025 is fifteen years away too! The question is whether the car manufacturers let this happen, or whether they will try and integrate promising new players as they emerge. We can already see partnerships up and running as a precursor to integration – Tesla with Toyota and Daimler, BYD with Daimler and VW,” the report said.

Professor Cooke also expects the period to be marked by a move to the east as markets in China and India become most important. China will play a big role in any takeovers and consolidation.

Moving East
“We have seen motor industry ownership move from America to Europe and now it is moving to the Far East. Within two replacement cycles of say eight to 10 years cars will be designed for China and India because these markets will be so much bigger. Now vehicles now are designed for Europe and adapted for the East. Soon the boot will be on the other foot.”

“China has $3-1/2 trillion to invest – that’s the money that Chinese banks are sitting on, looking for a home. They will be buying into western companies and I see them buying divisions, cherry-picking what they want. We’ve already seen (the sale of ) Volvo (by Ford), which has a strong global brand and reputation for safety and care of the environment. It will be interesting to see how quickly the Chinese buyers of Western companies reverse their own products into them,” Cooke said.

Will car-sharing ever catch on?
The idea that car-sharing might ever be more than a cheap and cheerful way for the young to get mobile, and that mainstream car users would willingly give up their independence to buy time in a car just used by someone else, seems to defy logic. The projects instigated by BMW and Mercedes will soon provide evidence of any consumer enthusiasm for the idea. But if the idea goes viral, it implies the need for a huge surplus of cars just sitting around waiting to be used, and a sharp downturn in the economy which impoverishes many. This suggests economics may torpedo the idea.

Volt Versus Leaf; No-Contest, But Time Will Tell
Chrysler reckons Europeans will embrace its minivans and SUVs