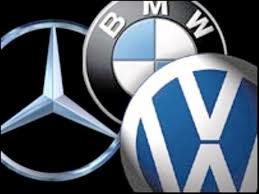 Peugeot, Despite New Models, Struggles To Keep In The Black

It might remind you of a chant from a protest demonstration in lower Manhattan or the City of London, but the gap between the rich and successful European automobile players and the downtrodden laggards is widening.

Most big European automotive manufacturers have now reported their third quarter financial results, and it’s a tale of the haves and have- nots.

But Peugeot-Citroen of France worried shareholders with a profit warning, made scarier by the fact that it was expected to have benefitted from an expensive array of nifty new models. French companies like Peugeot-Citroen and Renault only report profit figures twice a year, and usually only report sales after every quarter. Its eroding finances forced Peugeot-Citroen to come clean about its problems.

Fiat of Italy, which controls Chrysler, announced what sounded like a healthy increase in profits, but investment bankers pointed out that the numbers benefitted from the technical treatment of Chrysler’s operating profit margin which became 5.9 per cent in Fiat’s accounts after appearing as 3.7 per cent under U.S. rules.

Ford of Europe has reported a third quarter loss of $306 million, up from red ink of $196 million a year ago. GM Europe’s Opel-Vauxhall-Chevrolet and BMW report later.

Flail about
As Europe’s political leaders flail about in Brussels trying to save the Euro currency zone with bail-out talk of eye-watering, barely imaginable amounts of money, car buyers are expected to take flight. Reports of an imminent double-dip recession in Europe are unlikely to persuade potential buyers that now is the right time to buy a car.

Recent car sales data showed that Germany, Europe’s biggest market, was the only major country still in positive mode. In September, Germany’s strong, 8.1 per cent car sales increase masked a stagnant performance in the other big markets. Even Germany’s economy is expected to falter in this fourth quarter and sales are likely to go into reverse all across Western Europe. Germany accounts for about 25 per cent of Western European car sales.

According to automotive forecaster J.D.Power, Western European sales will slip 1.4 per cent to 12.79 million this year, and dip another 1.3 per cent in 2012. Other forecasters see a bigger deterioration next year. These tight market conditions are likely to intensify price cutting and discounting, favoring those companies with big balance sheets, where only the strongest thrive.

Strong and weak
“The strong are getting stronger; the weak are getting weaker,” said Bernstein Research analyst Max Warburton in a report on the impact of the latest financial results.

“VW is the standout in terms of exceeding expectations – in every region and every business. VW’s China mass market profits have moved even higher,” Warburton said.

Warburton said the European mass market is deteriorating but Renault is outperforming Peugeot. Warburton pointed out that in 2002 Peugeot-Citroen was on a par with VW in terms of European market share with both around 16 per cent, but now VW has raced ahead to 23 per cent, while Peugeot-Citroen sagged to 12.8 per cent.

Earlier this week Peugeot-Citroen startled investors with its profit warning. The company said its automotive division would only break-even for the full year, implying a loss of about $570 million in the second half of 2011, according to Commerzbank. This was Peugeot-Citroen’s second profit warning in three months, and puzzled analysts because it recently launched new models like the Citroen C3, C4, DS, and Peugeot 508.

“The European mass market is getting worse and Peugeot-Citroen looks the most challenged. For some reason Peugeot-Citroen, despite strong new products, is struggling most. Renault continues to look better positioned for now, despite ageing product in Europe and its BRICs (Brazil, Russia, India, China) operations are probably keeping things together,” said Warburton.

“I feel we effectively have two opposing camps. One lot – VW, BMW and Mercedes who almost regardless of the severity of the downturn will at worst break even, continue to make money even in the worst of times,” Schmidt said.

Schmidt said the Germans are now benefitting from having tightened their belts in previous downturns with massive investments in automation, efficiency, and curbing of wage costs.

“The French and Italians simply have not undergone these cost cutting exercises that the Germans have. The French have made mistakes and are looking more and more vulnerable,” he said.

Schmidt said it was ironic that despite French manufacturers moving much production to cheaper sites in eastern Europe, they still lagged behind the Germans in terms of efficiency, after they chose to rationalise production at home

Normal 14-1/2 million
AID doesn’t expect West European sales to return to more “normal” levels of around 14-1/2 million a year until 2016, after earlier expecting this would happen by 2014. AID expects West European sales will fall 0.9 per cent in 2012, 2013 will be flat and from 2014, maybe, an extremely slow recovery might start. There is a possibility, if things get really bad, that governments may step in again and reintroduce so-called cash-for-clunkers buying subsidies.

“We had assumed that there will be no need for government assistance, but now with the added austerity measures in Italy, and pressure on Spain and Portugal, markets might deteriorate far faster than even the pessimists have said. Governments might be cash strapped but they can offer additional incentives because these programmes are almost self-financing because they generate VAT (sales tax) often at around 20 per cent,” Schmidt said.

But Schmidt said even this might not persuade shell-shocked European buyers to open their wallets.

“Every company bar Peugeot-Citroen said they’d not seen any meaningful slowdown yet. But does the (stock) market care what companies say they are seeing at present? Probably not. But no one really has any good top-down idea of what happens next,” said Bernstein’s Warburton.

Warburton seems to have decided to hang on in there anyway, at least with the Germans.

Germans deliver
“Perhaps the (stock) market is accurately anticipating another global recession that will make auto stocks impossible to invest in. But to date, we see few signs of a serious reversal in end market demand and believe German manufacturers can still deliver robust levels of profitability,” Warburton said.