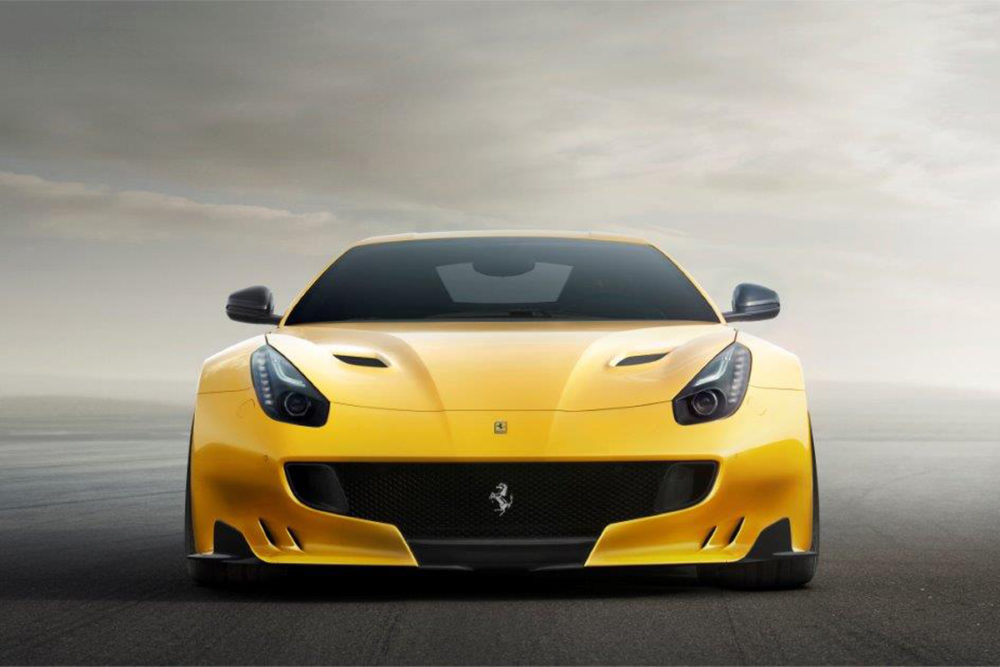 Ferrari unveiled a new car Tuesday in Maranello, Italy, and called it the F12tdf.

The F12tdf is named to commemorate the Tour de France, which Ferrari says was a legendary endurance race dominated by its cars in the 1950s and 1960s.

“The F12tdf is the ultimate expression of the concept of an

extreme road car that is equally at home on the track, and just 799 will be built,” Ferrari said.

It is part of the Berlinetta series.

A radical redesign of the bodywork, interior, engine, transmission and running gear, along with the abundant use of carbon-fiber inside and out, has slashed 110 kg (242 lbs) off the car’s overall weight.

“Ferrari’s engineers sought to create an extremely agile and powerful car which could also be driven by less expert drivers,” Ferrari said.

No word yet on price, or when the car will go on sale.