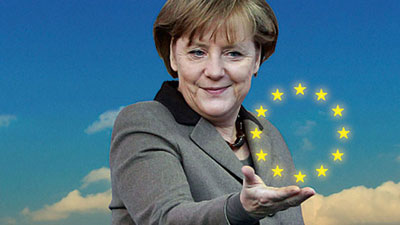 “Every time you take a new look at the red ink being generated by Europe’s losers, the numbers get bigger”

If Europe was one country led by an elected President who saw that his re-election depended on winning support from swing states inhabited by Peugeot-Citroen of France, Italy’s Fiat and mainly German-based Opel and Ford, a tsunami of taxpayer Euros would already have bailed out these financially crippled car manufacturers.

This wouldn’t have been without suffering. Perhaps hundreds of thousands of laid-off workers would be in retraining programmes, as European Union officials sought to guess which industries might be winners over the next 20 years. Maybe Peugeot-Citroen would have been forced to merge with compatriot Renault and its Nissan affiliate, and shutter many of its factories. Fiat would have shut plants in Italy. Opel would not be waiting until 2016 to close its plant in Bochum. Ford’s recent decision to shut three plants across Europe, two in Britain and one in Belgium, eliminating 6,200 hourly and salaried jobs, slashing output by 355,000 vehicles would have happened without the unions crying “betrayal”, and mounting protests across the region.

But of course nothing like that happened, except of course at Ford, plus the “betrayal” cries. Europe is not, yet, a sovereign nation like the U.S., which bailed out its ailing auto companies at huge taxpayer expense. The loss-making continues in Europe. Everybody knows this can’t go on, but harsh decisions will have to wait because politicians, both national and European, are crippled by fear of short-term repercussions. Fiat-Chrysler CEO Sergio Marchionne has called for European financial action to bailout the suffering. German politicians refuse to countenance such aid. Why should healthy German companies like market leader Volkswagen, which have spent huge sums and suffered much pain restructuring their operations into hugely profitable enterprises, contribute money to weak competitors who have failed to put their inefficient houses in order? Saving them will simply make it much harder for the successful to survive.

Just last week, E.U. Industry Commissioner Antonio Tajani pledged “action”, but his call for an urgent and co-ordinated response to European auto manufacturer’s problems was seen as what used to be called “jawboning” in Washington.

More red numbers
Every time you take a new look at the red ink being generated by Europe’s losers, the numbers get bigger. Ford Europe is now expected to lose $1.5 billion in 2012, and a similar amount next year. GM Europe’s Opel-Vauxhall, which has lost $16 billion over the last 12 years, is looking at another $1.5 billion loss in 2012. Peugeot-Citroen, in which GM has a seven per cent stake, now is looking at a loss of $1.9 billion in 2012. Fiat’s European operation is expected to blow close to $900 million this year and the same again next year. Meanwhile, car sales in Western Europe are expected to drop at least eight per cent in 2012, and slide again next year to reach perhaps a 20 year low. Despite all this the Germans like VW and BMW continue to prosper.

Any other business sector would by now have been thoroughly rationalised either by healthy companies taking over failing ones, or weak ones dying. Excess factory capacity would have been closed. Workers would have suffered, but the decks would be clear for future success. But not in the European automotive business.

“The obstacle, of course, is that the manufacturers are regarded by governments as national champions “too big to fail”,” said John Wormald, analyst with British automotive consultancy Autopolis.

Wormald said before any companies get together there must a clear benefit to both.

Let the sick ones die
“You should never, never take over a company, and especially not a sick one, unless you can demonstrate it will yield gains in market share, volume, cost position and financial performance. The problem in Europe is too many volume car companies, with too many brands, too many products, too much production, too much capacity etc. There’s no point in one manufacturer taking over another, unless they can and do perform radical rationalisation,” Wormald said.

Wormald points out the poor track record of previous automotive mergers, like BMW-Rover and Daimler-Chrysler.

“If you are going to do a takeover, there has to be a strong leader, to plan it and implement it rapidly and ruthlessly. Why not just let the sick one (or ones) die? i.e. let competition take its natural course,” Wormald said.

Morgan Stanley analyst Adam Jonas had an idea recently. He suggested weak companies like Opel, Vauxhall, Peugeot and Citroen could be somehow ring-fenced and used as a catalyst for structural reform in the industry.

“Combining the common interests of large mass market European auto firms with limited financial resources spanning multiple countries could provide the trigger for the type of capacity exit that saved the U.S. auto industry in 2009,” said Jonas in a note to investors. “Properly structured, ring-fencing the Opel liability could be an attractive result for GM stakeholders,” he said. Jonas also said there may be room for more members to join.

Wormald said this idea seems seductive at first because it appears to siphon off and sanitise unhealthy loss makers.
“Only it’s no good if the bad companies go on pouring products into the market, subsidised by governments, who will be stuck with the wages bill. You can understand the idea in banking, because of the risk to the economy of credit freezing up. But the automotive industry is not that system-critical to the economy,” Wormald said.

Toxic
Garel Rhys, Emeritus Professor at Cardiff University’s Business School, doesn’t like what he calls this “toxic” company idea either.

“Who would buy a car from such a toxic company? Unless there was a huge commitment to stand behind the company, which would spread its disease to healthy ones as it flooded the market. This would create mayhem and delay the inevitable. Nobody should have any truck with this. This is not the banking industry. If, for instance, Peugeot-Citroen didn’t exist, it wouldn’t bring the economy down. It would be impossible to ring fence such a company. Nobody would make any money and it would make the entire European industry toxic,” said Rhys.

Professor Ferdinand Dudenhoeffer of Duisberg-Essen University’s Center for Automotive Research (CAR) doesn’t like the ring-fencing idea either because it assumes the use of much taxpayer’s money. He does like the idea though of Peugeot-Citroen and Opel-Vauxhall getting together, although they will have to close factories. GM bought a seven per cent stake in Peugeot-Citroen earlier this year, and the companies have announced plans to jointly develop new models, and cut costs.

“I think that the Opel-GM and Peugeot-Citroen alliance is the only way for Peugeot to survive and the same applies for Opel,” he said, although its benefits are long, not short-term.

“The alliance doesn’t solve any problems today, however, in five years it will help to establish a cost-structure comparable to VW,” Dudenhoeffer said.

Professor Stefan Bratzel, director of the Center of Automotive Management at the University of Applied Sciences in Bergisch Gladbach, Germany said consolidation can’t be avoided, and the pressure is on weak links in Europe like Peugeot-Citroen and Opel, and smaller manufactures globally like Mazda, Mitsubishi and Suzuki, which need strong partners.

But governments should avoid spending money on companies which haven’t addressed their basic, strategic problems, and companies like Fiat and Peugeot Citroen will have to shut plants to be able to compete.

MQB
“That won’t be enough, but the first very important step is to reduce capacity. Secondly, they need to address the question of product. They have to have a strong new product portfolio and have to implement platform strategies with flexibility like VW’s MQB,” Bratzel said.

VW has recently launched new models including the Golf VII and Audi A3 using a new engineering system of engines, suspensions and components called MQB – Modularer Querbaukasten in German – which should help reduce costs by up to 30 per cent. VW aims to produce two million vehicles based on this new system by 2014 and four million by 2016 and eventually should have around three quarters of its volume on the new system. It gives VW a massive price advantage and poses a potentially crippling threat to its competitors.)

“This costs a lot of money and I’m not sure how many of the manufacturers will have the resources in the long-term to meet these requirements,” Bratzel said.

When the shake-out finally arrives, who will survive?
According to Cardiff University’s Rhys there might be some surprises.

“GM and Ford have steadied the ship (in the U.S.), VW most certainly, and probably Toyota and Nissan, with Nissan reversing its role with Renault. Mercedes and BMW if they come up with products people want. They are the bankers, but there are question marks around Fiat-Chrysler, and even Honda,” Rhys said.