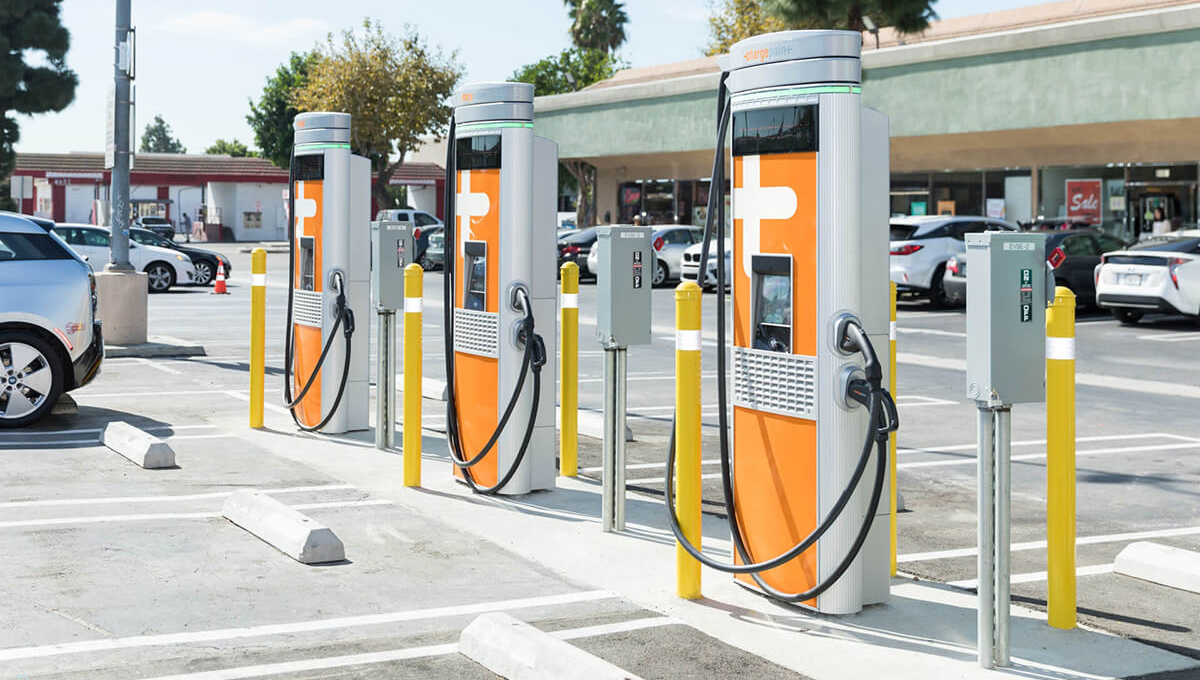 “Concerns surrounding the U.K’s outdated grid to support the charging of electric vehicles is mounting. Implementing robust infrastructure is vital”

ChargePoint, which says it is the world’s largest electric vehicle charging business, said the battery car revolution in Europe could be jeopardized if electric power generation fails to keep up with demand, while the charging network itself needs to sharpen up its act.

Power generation requires massive spending by governments in Europe – to between €60 billion and €100 billion a year for 10 years ($71 billion to $118 billion) – while improving public access to charging means companies must end the current bewildering fragmentation, and make taking on board electricity as user-friendly as provided by the traditional fossil fuel network.

Possible problems with the electricity generating network became a big issue in Britain earlier this month when the national grid warned that because of a lack of wind, the generating capacity might get close to failure, and so-called blackouts. Wind power can provide up to 60% of Britain’s power, so long periods of quiet weather puts pressure on the back-up capacity.

Germany has a similar potential problem, as it plans to increase the share of renewable energy to between 80 and 95% by 2050. France, with its concentration on nuclear power, would seem to be immune for the time being.

“Concerns surrounding the U.K’s outdated grid to support the charging of electric vehicles is mounting. Implementing robust infrastructure is vital to ensuring the adoption and sustainability of electrified road transport,” Burghardt said in an interview.

“We need a better use of electricity too with smarter buildings and links to grids upgraded and rendered more intelligent. Electricity out there needs significant investment and I’m talking about anywhere between 60 and €100 billion a year in the coming 10 years (in Europe),” Burghardt said.

“We have to make the charging infrastructure more efficient. The current infrastructure needs to be easier to use. It’s way too fragmented and we need to offer a simpler experience (to gasoline). We need to cut through the fragmentation and ensure a better use experience for users and owners of the chargers,” Burghardt said.

Currently, anyone wanting to drive their electric car over longer distances faces a potential nightmare. In Britain and Germany, and by implication probably throughout Europe, there are about 10 different charging purveyors. They each require a separate phone app to download with all your details. None of them talk to each other. Add to that a notorious reliability record, and the fact that many cheaper electric cars shed “available” miles at an alarming rate, sometimes twice as fast as those actually travelled, and that means many visits to the charging point than innocent electric car buyers may initially imagine.

Burghardt said renewable energy is taking an ever-larger share of electricity generation, while on the demand side there is also a big shift, with more cars, vans and buses becoming electric. Despite the massive need for investment, he reckons it will be sufficient to ward of any catastrophic failures.

The demand for electric cars is gathering speed.

“With forecasts predicting that 67% of vehicles sold in Europe will be electric by 2025, and with the U.K. government planning to bring forward the ban on selling new petrol, diesel or hybrid cars from 2040 to (at least) 2035, the electric revolution is approaching at speed,” Burghardt said.

That’s way ahead of many forecasters. Data provider IHS Markit forecasts the market share of battery electric vehicles (BEVs) in Europe in 2025 of 19.1%, reaching 27.4% including plug-in hybrids, while investment bank Morgan Stanley predicts BEVs will account for 15% of the market.

Burghardt wasn’t phased by that discrepancy.

“These predictions have continuously underestimated (sales of BEVs) and surveys have shown a rapidly increasing awareness by buyers of the advantages of electric cars, and as long as government stimulus stays in place and prices stay competitive this will boost sales,” Burghardt.

Critical network
But he does agree that the electricity network is critical.

“Though there might be enough electricity available, what really matters is the power requirement. If all the BEVs decide to charge at the same time, there will be a huge demand on power rather than total energy needed. It will require big investments in additional power generation which has to be CO2 free,” Kalghatgi said.

“There are also huge requirements on redesigning the electricity distribution at a micro scale which is not discussed sufficiently. And of course the critical barrier would be the availability of sufficient charging infrastructure,” Kalghatgi said.
Governments have to make sure electricity generation keeps pace, while improving access efficiency, ChargePoint’s Burghardt said.

“The challenge for governments, and perhaps the wider electricity system, is ensuring the ‘smartness’ in every charger is actively used by consumers, and managing the load represented by the legacy charging infrastructure already in the field which is not smart,” Burghardt said.

“While the measures outlined above can go some way to lessening the impact of vehicle electrification on the grid, there will still need to be investment from industry and government to ensure that there are enough places with enough capacity to support the rapid and high power DC charging hubs that drivers need for peace of mind on long journeys.”

“This should not be seen as a threat to the grid and the energy industry, but more as an opportunity. The past 10 years have seen a huge push for efficiency in power consumption across the board. A building today uses only a small proportion of what it did in the past, and this gap is only going to get wider and the electrification of transport offers a new growth avenue for the industry, however, for it to be a success, action and investment needs to take place now,” Burghardt said.

ChargePoint says it is the world’s largest electric vehicle charging business. It recently said its shares will trade on the New York Stock Exchange through a merger with Switchback Energy, a publicly listed special purpose acquisition company. ChargePoint investors include Daimler, BMW and Siemens. Revenues were $147 million last year and it made a net loss of $133 million.