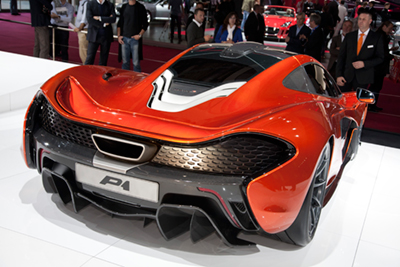 Lincoln May Surprise, As Parent Ford Gives It A Push

“consumer perception moves about as fast as molasses in January”

As Europe’s sales crumble, prices fall and finances deteriorate, the booming U.S. car market presents a mouth-watering target for German and Italian  manufacturers, so expect a powerful and persuasive presence at the 2013 NAIAS Detroit Car Show.

Luxury German brands BMW and Mercedes Benz will slug it out again for premium leadership, with BMW probably winning again in 2013. Audi is also making a run in the outside lane, and might have a shot at taking the title in two or three years time. American manufacturers won’t be taking this lying down though. GM’s Cadillac will be a powerful contender, while even Ford’s Lincoln, long-time also-ran and no-hoper in the premium sector, is gearing up with improved products. Audi’s mass market parent Volkswagen is making huge progress now that its Chattanooga, Tennessee factory is cranking out Passat sedans especially designed for the U.S. market. Volkswagen sold just over 438,000 vehicles in 2012 in America, a 35 percent increase.

Maserati, owned by Chrysler-controller Fiat of Italy, doesn’t feature very high in sales leagues as prices start well north of $100,000, but its stand at the Cobo Center is likely to be surrounded by masses of frustrated would be owners as it unveils its beautiful new Quattroporte flagship. The top-of-the-range new Quattroporte has a 3.8 liter 530 hp V8 motor. Its less powerful 3.0 liter 410 hp V6 sibling has a four-wheel drive option. Sales start in the U.S. in the Spring. Maserati expects to take sales from the BMW 7 Series and Mercedes S class, and will be expanding its range later this year with a smaller sedan called the Ghibli, aimed at the BMW 5 Series and Audi A6. (“Ghibli” is also a hot wind blowing through the Sahara Desert and the name of an Italian reconnaissance plane in World War Two. Much more exciting than “Quattroporte”, which of course just means four doors, although it sounds much more dramatic on the lips of an Italian) Next year Maserati is expected to launch its first SUV, the Levante, which is based on the Jeep Grand Cherokee’s engineering.

“Among European automakers, we believe Volkswagen will remain in the top spot overall, with BMW retaining (leadership) in European brand luxury sales,” Gutierrez said from his office in Irvine, California.

VW has no mainstream launches at the Detroit Show. It is currently launching the latest version of its biggest selling product, the Golf, in Europe. The new Golf will appear in the U.S. next year. BMW will be showing off its 4 Series concept. This will replace the 3 Series coupe, and will be more of a stand-alone design.

“Mercedes will once again come in a very close second. BMW is viewed as the more youthful and sporting of the two major German luxury automakers, and we believe that this perception will carry into 2013. While Audi sales lag BMW and Mercedes, I believe that they have tremendous opportunity for future growth in the United States,”  Gutierrez said.

Cadillac ATS capture
Audi will be introducing more diesel-powered cars across its line-up, according to Gutierrez, who also thinks Cadillac’s XTS and ATS will capture more of the luxury market as they begin their first full year of sales.

Cadillac is also expected to unveil an extended range electric vehicle, the ELR, based on Chevrolet Volt technology and the body work of the concept Converj shown in 2009. If it looks anything like the amazing Converj, the Quattraporte crowds may be heading over to the GM stand.

“Audi has really started to make its comeback and had a great year in 2012. 2013 will be even better. But BMW and Mercedes are not standing still. Audi has a chance to take over the leadership, but it won’t be easy,” Hilgert said.

Hilgert expects a strong performance from Cadillac, and surprisingly perhaps, from Lincoln.

“Having the ATS will help Cadillac, but there are a lot of changes happening at Lincoln. They haven’t even been an also-ran in the past, not even appearing on the top three of shoppers’ luxury lists. There might have been two or three Germans on the list, possibly a Cadillac and Lexus on there, (Nissan’s) Infiniti, then Lincoln. But (Ford CEO Alan) Mulally has set it up to be its own separate division, and getting its own identity is an important distinction. This will make it much more competitive against the Germans, although that will take a bit of time. Consumer perception moves about as fast as molasses in January,” Hilgert said.

Global Lincoln?
Lincoln’s future was always said to be dependent on its ability to become a global brand. Without the ability to sell in China, Russia or Europe its future looked bleak.

“Yes we need to start thinking about having Lincoln in international waters. It needs a presence in China, the growing areas of India, Russia and South America. It just doesn’t make sense to be in the industry today and not have a global presence,” Hilgert said.

We await the kind of Lincoln that might sell well in Europe, with its diesel preoccupation and need for fuel efficiency above all else. Maybe the MKC compact SUV, a high-tech Lincoln version of the Ford Escape and expected in concept form at the show, will be that vehicle.

Another Audi admirer is Jeff Schuster, analyst with LMC Automotive in Troy, Michigan, who sees BMW retaining its luxury leadership in 2013, particularly if sales of its Mini subsidiary are included.

“Audi has made very significant progress over the last several years and has a strong line-up in the U.S. The brand is no longer considered second-tier German luxury. Audi continues to expand their line-up but other than the A3, does not have any major new models planned for 2013,” Schuster said.

The little A3 is based on the VW Golf and competes with the BMW 1 Series. Mercedes has just begun selling in Europe a competitor in this sector, the new A class, which will appear in the U.S. next year. The old A class couldn’t hack it in the market against the A3 and BMW 1, being bland and dull. The new A class is an eye-catching, impressive-looking and completely different car which makes its German rivals look bland and dull. Mercedes is also showing its new E class mid-sized sedan for 2014

Audi has a long way go if it is to overtake BMW and Mercedes in the U.S.

“We expect Audi to hold its position in the market in 2013. I think they have greatly increased their image against BMW and Mercedes-Benz and have excelled with exterior design and appeal while improving interiors. From a volume point of view, Audi would have to nearly double sales to be on a par with BMW and Mercedes-Benz,” Schuster said.

Wannabe contenders
The Detroit Show will allow some of the luxury wannabe contenders a chance to grab the limelight away from the Germans. Lexus plans to renew its little IS sedan, which competes with the BMW 3 Series. Infiniti is changing its naming system, and the G37 becomes the Q50, and the larger M sedan will now be the Q70. Infiniti’s overwhelmingly dull- looking range needs a body makeover, not a name change. Honda’s Acura unveils a concept version of its top-selling MDX SUV.

And then there’s the Koreans, who are still trying to break into the sector. Hyundai is expected to show a revised, concept version of its Genesis sedan. Given the success of Hyundai and Kia by moving upmarket using high quality interiors and handsome, exciting exterior designs, don’t write them off.

“There’s another name to watch in the U.S. luxury business – Hyundai – expected to show a luxury concept at the show in Detroit. While the Genesis and Equus do not match the driving dynamics or have the brand power of the Germans, Hyundai is offering the same luxury features at a substantially lower price,” said Morningstar’s Hilgert.