Will It Be An SUV, Or Wagon? 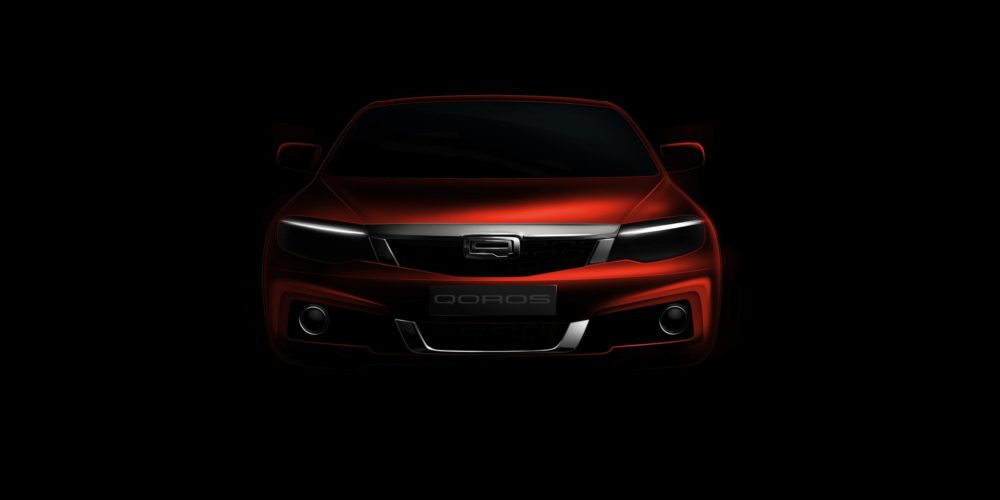 As Europe’s troubled mass car makers face a new year of stagnation, there’s news from China that another potentially fierce competitor is about to add its threat to their future.

Qoros announced it will unveil at the Geneva Car Show in March a second model to its Qoros 3 sedan. Qoros released teaser photographs of the car, but without revealing any details. It has said it planned to add to its sedan with a wagon or an SUV.

“The debutant echoes the high specification and European quality standards of the Qoros 3 Sedan, and is designed to appeal to the young, modern, ‘always connected’ metropolitan customer, with state-of-the-art features including the innovative QorosQloud infotainment system accessed via an eight-inch touch screen,” Qoros said in a statement.

Qoros began selling its 3 sedan last September with a low-key start in Slovakia, central Europe, before gearing up for an attack on big markets like Germany and France. Unlike other newcomers to the European market from Asia, Qoros is not aiming at the cheap and cheerful end of the market, but has targeted its first sales in the small luxury sector.

Demonstrating the solidity of the new challenge from China, the Qoros 3 sedan earned a maximum five-star EuroNCAP safety rating. Previous cars from China which had looked like beginning to sell in Europe had been knocked sideways by lamentable safety ratings.

Qoros has said it plans a gradual expansion across Europe in the next three years. Qoros’ first vehicle, the top of the range 3 Elegance sedan has a turbocharged 154 hp, 1.6 liter gasoline engine, priced from €20,960. Other models will be sold at well below €20,000 when introduced across Europe, Qoros said.

Chery
Qoros, built in China by a partnership of Chery and Israel Corporation, said it will compete on value, not price. Qoros said there will be a petrol electric hybrid next year.

Qoros has invested heavily in Western expertise and personnel, and the 3 sedan was developed in conjunction with Magna Steyr, TRW, Continental, Bosch, Getrag, Lear, Microsoft, Harman, and Neusoft-Alpine. The backgrounds of key personnel – Volker Steinwascher, former head of VW North America, co-heads the board whilst six out of the eight key management positions – are seemingly held by Europeans who bring with them experience from VW, BMW, Saab, Volvo, and GM.