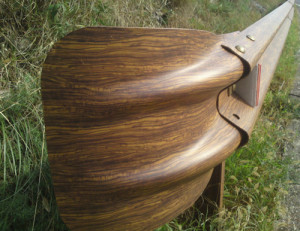 Consensus Was, Down About 5%, Now 10% Drop Looks Possible

“Mergers or even nationalization might be the only option”

Things must be rotten if the combined, jawboning talents of Europe’s automotive leaders can’t put a positive gloss on prospects, but as the annual Geneva Car Show draws to a close the European industry is clearly in a crisis likely to worsen.

Italy’s inconclusive election has reignited fears that the euro single currency zone might collapse and delayed any possibility that spooked European consumer confidence might return. Rumours are gathering pace that government cash-for-clunkers schemes are being dusted down again, while some of the worst loss makers were threatened by merger or even nationalization. Europe’s shaky economic prospects make it easy to believe that the glory days of 2007 when 16 million cars were sold might take until the end of the decade to be repeated, if ever, as Europeans fall out of love with the car.

Last year was horrendous for the non-German domiciled mass car manufacturers. Peugeot-Citroen of France’s automotive division reported an operating loss of $2 billion. Compatriot Renault posted a small loss of $33 million. Ford Europe lost $1.75 billion and expects to lose more in 2013. Fiat of Italy lost close to $1 billion in Europe and should do about the same this year. GM Europe’s Opel-Vauxhall lost $1.8 billion in 2012. Volkswagen of Germany, Europe’s market leader, earned $15.2 billion before interest and tax, about the same as 2011, and expects a similar performance this year.

Some non-German mass car manufacturers like Peugeot-Citroen, Renault and Fiat were still hoping at the Geneva show that the early consensus on the West Europe’s sales outcome for the year, a decline of close to five per cent, might still be possible. But there is a burgeoning weight of opinion that says the around 10 per cent fall in sales in the first couple of months of the year will carry on throughout 2013.

10 per cent down in 2013?
Investment banker Credit Suisse, in a report, said Volkswagen of German expects worse than minus five per cent and reckons Japan’s Toyota sees a 7.1 per cent fall.

According to Nick Reilly, President of GM Europe until his retirement last year, sales this year in West Europe might dive another 10 per cent. Reilly was part of an investor conference call arranged by Citi Research.

“Given continuing unemployment, falling wages, higher taxes, some of the demand deterioration (being) structural rather than cyclical, and that many Europeans now care less about car ownership and brands, (reduces) further any pricing/profit opportunity,” Citi Research quoted Reilly as saying.

According to Citi Research, Reilly believed some capacity use had sunk to below 70 per cent, with worse numbers in a few non-German factories. The removal of excess capacity had been too slow, while Western Europe’s operators were being undermined by new capacity in Eastern Europe and imports from India. (A new model from Ford Europe at the show, the EcoSport small SUV, was being imported from India).

Japanese manufacturers were gearing up again to attack European markets, helped by the weakening yen which would give them more price flexibility.

“Obviously, this is at the cost of margins for everyone. Mergers or even nationalization might be the only option,” Citi Research quoted Reilly as saying.

Emmanuel Bulle, Paris-based autos analyst with Fitch Ratings, is in the more hopeful camp, still reckoning 2013 sales will fall about four per cent.

“We also assume sales will start recovering in 2014, but very gradually and we do not see a return to pre-crisis levels before the end of the decade at least,” Bulle said.

Bulle worries that Europe might mirror basket-case Japan, where sales have fluctuated at between 25 per cent and 45 per cent below their 1990 peak. Burt the U.S. positive experience shows good news is possible.

“Auto sales in the U.S. recovered to 14.4 million in 2012, up 13.4 per cent from 2011 and 39 per cent from 2009. This was in contrast to previous market assumptions and forecasts pointing to long-lasting depressed conditions,” Bulle said.

Reliable and robust
Bulle though agrees with Reilly’s opinion that European consumers were unlikely to be swarming around dealerships eager to buy, any time soon.

“Owners are keeping vehicles, which are increasingly reliable and robust, for longer and are driving shorter distances. At the same time, the total cost of vehicle ownership has increased and several large cities or countries have taken measures to limit or deter car usage. Periodic surveys have also shown a declining interest in cars from the younger generation. Cyclical factors, including weak consumer and corporate confidence, high unemployment and tighter credit conditions are making matters worse,” Bulle said.

The conventional wisdom that the young no longer lust after cars was questioned in a recent survey by management consultants McKinsey. This found that car ownership is still an important status symbol, but with important differences. The car has to show how clever and discerning the buyer is in choosing a vehicle that reflects concern with the environment and sustainability, while demonstrating technology that is top of the class in seeking to plug itself in to their smart phones.
Young people, hurt much more seriously by recent poor economic conditions, were merely reflecting the fact that they couldn’t possibly afford new wheels anyway.

Personalization
One new trend which will appeal to the young emerging at the Geneva Car Show was the ability to allow easy personalisation, according to Stefano Aversa, managing director of Alix Partners.

“We saw much less of electric cars than we’ve seen for a long time and the emphasis was much more on traditional cars with smaller engines with everyone it seems offering turbo charging,” Aversa said.

“The other trend is personalisation with cars like the (Opel-Vauxhall) Adam, Fiat Cinquecento and the Mini. Only soccer players used to be able to afford this, but now you can have it on your Hyundai (etc) for less than a 1,000 euros, ($1,300),” Aversa said.

Would there be a small or large sales fall in 2013?

“There’s no question that volatility makes it hard for the manufacturers to control events. What with elections in Italy and the upcoming election in Germany (September 22) and the uncertainties that come with them. There is some slowdown in China and the U.S. (European) Sales have fallen from 16 million in 2007 to 12.5 million last year; I see close to 12 million this year but not a plunge into 11 million territory,” Aversa said.

“For sure the decline is structural; 2007 will not be reached for the next five years and it could be that it is never reached again. Any recovery is going to be slow. Nationalization? Maybe (state) support through loans that has already happened with Opel in the past and with Peugeot-Citroen at the moment. The state taking equity? I don’t see that happening in the short term,” Aversa said.

Cash-for-clunkers
As for cash for clunker schemes, yes, there are discussions in some European countries.

“It would be very limited and focussed this time with really small budgets because all European states are fighting to reduce debts and deficits,” Aversa said.

One curious anomaly in the European market has been economically stagnant Britain’s refusal to fall in line with the general fall in sales, and was described by Credit Suisse as the “last man standing”. But the bank said this lone holdout would soon succumb to reality because it was based purely on “supply push” as manufacturers squeezed the last sales out of an unhealthy market by using huge discounts.

Meanwhile the Geneva show, which closes March 17, was full of supercars and a new niche of small SUVs. But new, small, popular and affordable ones were thin on the ground from the mass car manufacturers. Perhaps they are keeping their profiles low, waiting for sunnier climes. There’s not much point in investing huge amounts of money in new cars if Renault-Nissan CEO Carlos Ghosn is right.

“There is only the question: is it going to be bad, or very bad,” Ghosn said on the first press preview day.