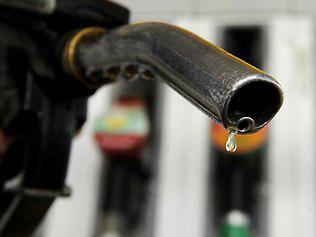 Congratulations to What Car and the Sunday Times InGear supplement for daring to expose, again, how manufacturers and journalists mislead the car-buying public with erroneous information about fuel consumption.

Journalists (with one or two honourable exceptions) have to share the shame over this issue for failing to diligently report the facts, often because they never actually take their test cars to the petrol station. This issue also raises questions about sloppy politicians and environmentalists, who if they’d taken the trouble to investigate, would find that the tax system is being denied huge amounts of revenue because of wrongly-rated, over-generous fuel consumption data.

Manufacturers will no doubt soon be repeating their mantra, that this E.U.-inspired policy allows a perfect comparison of the fuel consumption of all new models. Unfortunately for the public, this is nearly always wrong, not to say hugely exaggerated.

“journalists receive test cars full to the brim with petrol, drive them for a week, and then give them back empty”

It might surprise you to know that many car reviews in the media are written by journalists who receive test cars full to the brim with petrol, drive them for a week, and then give them back empty. They have no incentive to monitor the fuel consumption, so the over-the-top, unattainable claims from the manufacturers go unchallenged. You might say that this is a corrupt practice which will make sure the journalists will never challenge the given data; I couldn’t possibly comment. Occasionally, these writers will quote the onboard computer readout of fuel consumption, and, guess what. These devices are set up by the manufacturers to agree, yes, with the manufacturers.

I’ve often wondered what car review readers think when they buy a car and then find its fuel efficiency claim doesn’t come close to real world performance. This might well include negative thoughts about the believability and honesty of journalists, as well as exasperation with the manufacturers.