By Neil Winton on January 5, 2013 in Uncategorized 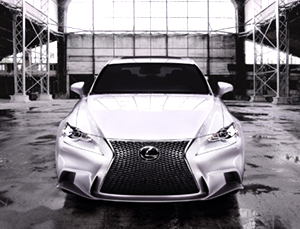 The Detroit Motor Show opens its doors later this month, and the press previews start Monday. Expect reports about the new cars later next week on WintonsWorld.com

The U.S. industry is currently booming and expected to carry on like that for the next two or three years, (see my business story-U.S. 2013 Sales Prospects Drive Higher As Fiscal Cliff Avoided) barring unforeseen nasties like a sudden jump in petrol prices caused by some Middle East horror, or an American government crisis as Congress gets uppity about the debt ceiling.

I shall be heading straight for the Maserati stand to gaze at the new Quattroporte, then heading over to look at the new Chevy Corvette, and Cadillac for the ELR. This new Caddy is based on the 2009 Converj which was seriously beautiful. The “big three” Americans don’t seem to have much new mainstream stuff, although the new Jeep Grand Cherokee will be attractive if Chrysler does very little to the old body.

As usual there will be styling horrors. The most egregious promises to be the new Lexus IS, which has a truly horrible and embarrassing new face. Lexus used to think understatement was the best policy.

Honda is showing what promises to be the new Jazz. The new Mercedes CLA sounds interesting, although I’m confused about its relationship with the Mercedes A class. I’ve just driven the new A class, and the review will appear before the end of the month. This is a fabulous little car, styled and engineered beautifully, and promises to wipe the smug grins off BMW 1 series and Audi A3 drivers.

I shall be driving the new Cadillac ATS, a 3.6 litre RWD automatic no less, around Detroit and I’ll be letting you know if this comes close to competing with the BMW 3 series.

The Detroit Car Show opens to the public January 19 through January 26.