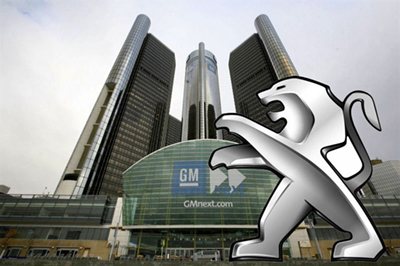 “Austerity programs, combined with political and nationalistic policies, have created a calamity for the European auto industry.

If merging one horrendous loss-maker into another massive value-destroyer makes sense, business schools will have to throw their text books out the window and start over.

The idea, which emerged on October 12, that General Motors Europe’s loss-making Opel-Vauxhall, on course to lose over $1 billion this year, might merge into Peugeot-Citroen of France with its similar outlook, seems desperate, but underlines the unprecedented harshness of Europe’s car market. The fact that a few days earlier Fiat denied an eye-brow raising rumour it would buy Opel if its alliance with Peugeot failed, shows Europe’s non-German car manufacturers are facing life-threatening conditions, as the continent’s economic recession is exacerbated by fears that the euro single currency zone might break up. Febrile circumstances breed some whacky theories.

“Austerity programs, combined with political and nationalistic policies, have created a calamity for the European auto industry. As inventories balloon, discounts deepen and transaction prices compete in a race to the bottom, it’s obvious that Europe hasn’t learned the lessons taught in North America,” the magazine said.

Forecaster LMC Automotive said in a report that excess capacity in Europe’s car plants currently stands at 10 million units. Stocks of unsold cars grew by 350,000 in the first half of 2012.

And the loss making is real and threatening. Ford Europe expects to lose at least $1 billion too this year, while analysts expect Fiat to be in similar territory in Europe. Only Renault of France seems to be keeping out of the red, just, boosted by the success of its cheap and cheerful Dacia subsidiary and helped by its alliance with Nissan of Japan.

Last week, Fiat-Chrysler CEO Sergio Marchionne said Europe’s car business will not really recover until the European Union (E.U.) coordinates capacity cuts to relieve financial tensions induced by chronic over production of cars. There is little chance of Germany allowing such a potentially expensive policy. Why would Germany fund recovery programmes for the competitors of Volkswagen, which is now benefitting from its own expensive and painful restructuring programme?

The French newspaper La Tribune reported last week that GM, which now has a seven per cent stake in Peugeot-Citroen and a long-term plan to cut annual costs by at least $2 billion, could merge Opel-Vauxhall into the French company’s automotive operations. GM would take a 30 per cent stake in the venture and inject up to $10 billion. The 30 per cent stake would allow GM to keep Opel’s losses off its own accounts, and perhaps boost the parent company’s share price.

Makes no sense
This doesn’t add up for Vic Heylen, director of the Flanders Centre for Automotive Research based near Antwerp, Belgium.

“The idea that Peugeot-Citroen and Opel (Vauxhall) would join up does not make any sense. Who ever heard about two car makers who are in trouble joining up. Look at what happened in the U.K. when the government tried to put brands in trouble under one roof at BL,” Heylen said.

British Leyland (BL) was a state-owned car and truck-making venture which brought together many traditional brands in the 1960s and 1970s. BL vehicles became a by-word for great engineering ideas but poor execution and unreliability and led to huge losses. Most of these brands, including Jaguar and Morris, were either sold off or closed down in the 1980s.

Deutsche Bank has its doubts about the Opel-Peugeot plan too.

Peugeot-Citroen already faces difficulties restructuring its own business, and a merger would make this tougher, said Deutsche Bank analyst Gaetan Toulemonde. Both companies compete head on in the same small car segments where brand loyalty is rare, while any worthwhile synergies would take at least five years to show when short-term losses are the biggest problem. Toulemonde estimated that both companies will lose about one billion euros this year, or $1.3 billion.

Peter Schmidt, editor of European newsletter Automotive Industry Data, sees little chance of success for the European mass car manufacturers apart from Volkswagen. There is a glimmer of hope though for the troubled manufacturers; it is still true that great new products can spur miraculous recoveries.

Qashqai
“VW’s rivals (Opel-Vauxhall, Ford, Fiat, Renault, Peugeot-Citroen) have no chance on the surface. What can they do to reverse or stop this continuous erosion of market share? They are in a Catch 22 losing downward spiral, It’s difficult to visualize a financial future for those volume car makers,” Schmidt said.

VW, with its Skoda and SEAT popular brands, and the Audi premium label, has seen its market share soar close to 25 per cent in Western Europe this year, more than twice its nearest rival Peugeot-Citroen. If that’s not bad enough for the non-German Europeans, Hyundai and Kia of Korea are mounting a successful assault on Europe as well.

Schmidt said if their fortunes are to be reversed they must follow a route, pioneered by Nissan, which transformed its prospects with a popular model, the Qashqai small SUV.

“Nissan, a notorious loser that lost almost half its West European market share between 1993 and 2007, made a striking deathbed recovery on the strength of just one single model – the Qashqai,” Schmidt.

Nissan decided it was a waste of time pushing cars which were direct competitors with VW’s all-conquering Golf small family sedan. The Qashqai hit the spot with buyers, as did a smaller version, the quirkily styled Juke. The Juke is on sale in America, but not the Qashqai.

Catalyst?
“There’s no reason why Opel, or Peugeot or Ford with the right product strategy couldn’t get off their knees and function again, gain market share and make money,” Schmidt said.

Not everybody trashed the Opel-Peugeot idea.

Laura Lembke, analyst with Morgan Stanley, wondered if the deal might be a catalyst for the long-awaited European restructuring project.

“Combining the common interests of the ailing E.U. mass market manufacturers with limited financial resources and spanning multiple countries could trigger the type of capacity exit that saved the U.S. auto industry in 2009. There may even be room for more members to join,” Lembke said.

Lembke said at the very least, talk of a serious move to cut capacity might help Opel or Peugeot as they tried to negotiate cuts with their workforces.

The idea that a U.S. style bail-out is on the cards doesn’t impress Flanders Automotive Research’s Heylen. He thinks the European authorities don’t see the need for financial assistance to reform the car industry, unlike banks, which needed help to stop a contagious collapse which would undermine economies. A car manufacturer failure would be a plus not a negative.

“The (E.U.) Commission does not seem to want to intervene. The Commission seems to agree that this time market forces will decide. Contrary to the banks, car makers are not system relevant, with no threatening domino effect like with banks. The collapse of one or two European car makers would be a big help to the survivors and solve the excess capacity problem,” Heylen said.

“Look at the financial straits that GM was in or Chrysler in particular. It looked like sending good money after bad at first, but look at them today. There seemed to be no chance that Chrysler could be saved with all the money in the world, but it has been turned around in the most remarkable way and is now bailing out Fiat. Any European politicians looking at this would be fools to not to follow the same example,” Schmidt said.

Guarantees not handouts
Schmidt said any government assistance to slim down the industry should be in form of loan guarantees, rather than cash handouts. The resulting closure of plants should be in the hands of companies, not bureaucrats.

As for the future for companies like Opel, everything is possible with the right product.

“Look at the example of Nissan. It is quite conceivable that Opel or one of the rest could come up with a winner. That could change their futures and the hangman would be cheated,” Schmidt said.

Whether or not neat new cars can turn losers into winners, you have to wonder what business schools would make of an industry that generated a rumor that Fiat would want to merge its losses with Opel’s in 2012, when in 2000 GM’s Opel-Vauxhall bought 20 per cent of Fiat Auto for $2.4 billion, than paid $2 billion to get out of the deal five years later.