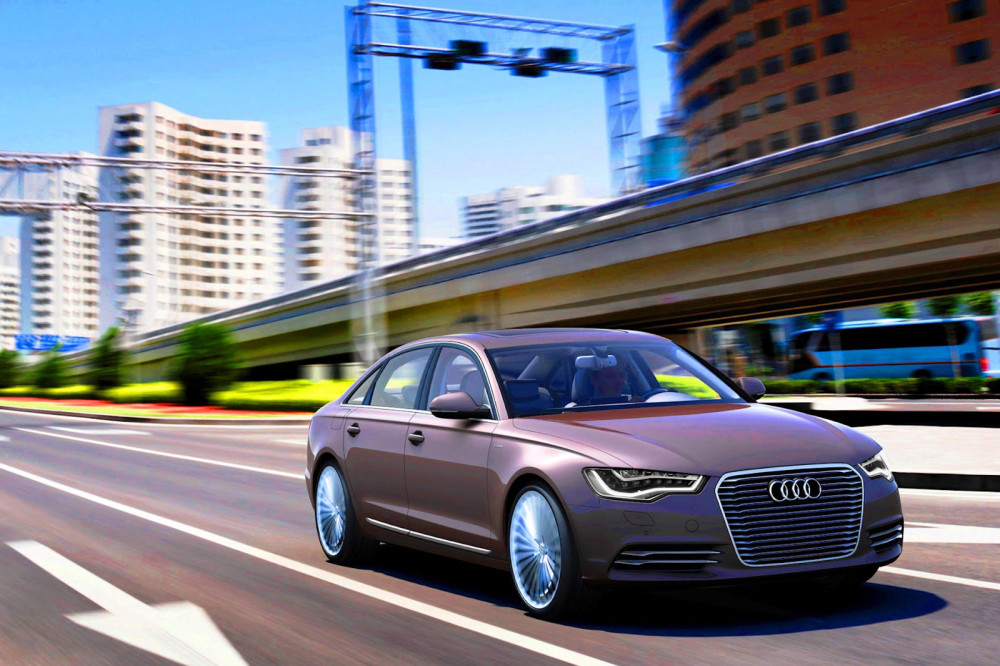 Hugely Successful Products Attract Imitators Quickly, Usually
But German Lead So Solid, Nobody Else Can Compete

“perfume is French, leather bags are Italian and premium cars are German”

German premium auto manufacturers like BMW, Mercedes and Audi have been racing down the fast lane scooping up profits and sales the last five years as they rode China’s unprecedented expansion and latched on to the recent U.S. market recovery.

Doubters warn that this success can’t last. But this gravity- defiance is likely to continue although profits may return to less stratospheric levels. Experts doubt whether the German dominance of the premium car market will be threatened either. Their biggest threat might be self-inflicted, from, say, a hubris-driven takeover (like the Mercedes takeover of Chrysler), or out-of-control competition as they perhaps scramble irrationally for sales leadership and bragging rights at the expense of profits.

China’s economy is now apparently pausing for economic breath and home markets in Europe are suffering the fallout from the Eurozone crisis, so you’d would expect some suffering from the premium Germans. Don’t hold your breath though. Mercedes may have just cut its profit forecast for 2013, but this is likely to be a low point in their prospects. Reports from China that the government is discouraging conspicuous consumption of luxury goods might sound ominous, but most buyers in that country of upmarket cars come from the private sector.

If there was any logic in the automotive world, the massive profits enjoyed by BMW, Mercedes and Volkswagen subsidiary Audi would have sucked in greedy new wannabes eager to topple the incumbents. But despite some short-term hiccups, German dominance looks unlikely to be dislodged. The efforts of Ford’s Lincoln, Nissan’s Infiniti, Honda’s Acura, Toyota’s Lexus and GM’s Cadillac seem to have about as much impact as a pea-shooter on a tank. Jaguar Land Rover with its luxury SUVs and sporty sedans and roadsters, is having a successful run, but its volumes are miniscule compared with the Germans.

Cautionary
According to Bernstein Research analyst Max Warburton, BMW global sales in 2012 were 50 per cent higher than in 2009, Mercedes’ rose 40 per cent, and VW’s 80 per cent, although the latter included a lot of acquisitions. But Warburton worries that the boom in China for premium cars is slowing and coupled with the contraction now in Germany and the rest of the Eurozone, he’s turned negative, or rather, cautionary,  on the Germans.

Others look at China car sales and fear that it is all too good to be true. Surely China’s incredible achievement of becoming the biggest auto market in the world will crash and burn before too long. And if the economic bubble doesn’t burst, the political one will.

Goetz Klink, partner at the A.T.Kearney consultancy in Stuttgart Germany, believes that the boom in China will calm down and long-term it will become more like Europe or America in terms of profit for the likes of Audi, BMW and Mercedes.

“There’s not going to be a bubble. It is a large country where the wealth is growing. There might be a short-term crisis but within five and 10 years it will become a normal market like the U.S. and Europe, only much bigger and will be the largest for the premium manufacturers,” Klink said.

Boom days over
Emmanuel Bulle, analyst with Fitch Ratings in Paris, agrees that the wild, boom days in China are over, was surprised it lasted so long, and worries that the government might seek to divert fat profits to locals rather than foreigners.

“The time of the bonanza in China has come to an end. To be frank, I expected the golden mine to have dried earlier and as such we refused to be carried away by the general bullish sentiment over China in 2010-2012 that several manufacturers including the German ones would continue to see earnings growing indefinitely, or even remain at the extraordinary level reported in 2011,” Bulle said.

“I also believe that the Chinese government cannot accept that all the juicy fruits from the profitable growth end up in only non-Chinese hands,” Bulle said.

John Wormald, analyst with British automotive consultancy Autopolis, doesn’t see any massive political upheaval in China, no does he see any impediment to German progress.

“I don’t think the Chinese political system will take a sharp swing to the left. I think there’s more and more of a private sector market for premium cars in China anyway, unlike the old days. I think the Germans can go on just as they are now, i.e. hitting all major export markets. They’re virtually unopposed in China, whereas Lexus and Cadillac do offer some competition in the U.S.,” Wormald said.

So are there any potential roadblocks looming?

Only self-inflicted ones, says Christian Stadler, Professor of Strategic Management at Warwick Business School in England.

“They might engage in foolish acquisitions like Daimler (Mercedes’s parent) did with Chrysler. They might no longer manage to come up with attractive new models, but they’ve been really good at that. Or there could be a massive recession although the most expensive and upmarket cars are hit less during the hard times and the rich still have money to buy cars,” Stadler said.

Untouchable
What is surprising about the untouchability of the Germans is that no new competitors have decided to muscle into the market and share in the rich spoils. Just think Apple’s iPad or iPhone for examples of the competition moving in with products that are least as good to challenge known money makers.

A.T.Kearney’s Klink thinks the barriers to entry are just too high.

“Basically there is no competition. Premium cars are very complex and they’re not like other luxury goods. You need the mentality to do it. For mass manufacturers to match the complexity and variety of offering is very difficult. So I don’t see competitors easily coming into the market. It’s not that lots of others haven’t tried to do it; look at Lexus, Lincoln, Acura, Infiniti, Cadillac, Maserati. There’s lots of appetite to go in that direction. There are plenty of successful niche players, but they are really on a small fraction of the portfolio of Audi, BMW and Mercedes,” Klink said.

Klink agrees that any problems are more likely to be self-inflicted, rather than coming from new competition.

“Competition among the three is really tough, and that could be the biggest problem. I don’t understand why they shoot to be the biggest in terms of volume; they should be focussed on profitability. If you concentrate on volume you run the risk of reducing prices to meet volume targets. If you have to reduce prices that is not good for the brand image,” Klink said.

This race between the three also keeps the rest at a distance.

“The main reason why the gap between the three and the rest is so large is because they are competing against each other. They are getting better, quicker. The rest are improving too, but not at the same pace,” Klink said.

Aspiring brands
And it’s not only the Germans that think this way.

“I remain highly doubtful that the hegemony of German manufacturers can come to an end easily. It took them decades to arrive where they are, and it will be extremely difficult for aspiring premium brands to take over from them. Of course Maserati, Jaguar Land Rover, Cadillac, Lincoln can pick up a few thousand units from the Germans, but I strongly believe it will take them years, if ever, to be credible competitors, especially in mature markets,” said Fitch’s Bulle.

“There will always be customers for fragrances from Ralph Lauren or Carolina Herrera, for Brazilian handbag designers and for Maserati and Jaguar, but in essence, perfume is French, leather bags are Italian and premium cars are German,” Bulle said.