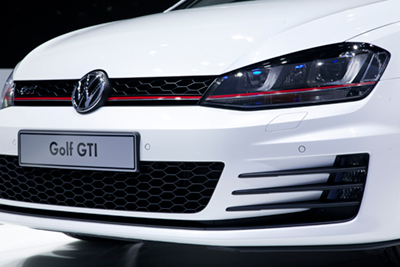 Sticks With Unchanged Profit Forecast For 2012

“It is unclear if all carmakers will survive without governmental help”

Volkswagen, largely untouched by Europe’s economic weakness so far, had some words of caution for investors as it unveiled the new Golf VII at the Paris show.

VW Chief Financial Officer Hans Dieter Poetsch, sounded even more downbeat at a pre-show event the day before, suggesting things were so bad, some automakers might go bankrupt.

“It is unclear if all carmakers will survive without governmental help,” Poetsch said.

VW CEO Winterkorn said times were “strenuous”, 2013 was going to be a challenging year with less dynamic growth in China, and prices under pressure in Europe.

But VW reiterated its forecast that earnings would be flat in 2012.

Deutsche Bank said VW’s pronouncements acknowledge the weaker industry environment for it in the second half of this year which is now impinging on Germany too.

“We expect VW to bring inventory down for the start of next year. While this would weigh on second half (2012) profitability, we believe the accelerating renewal rate with MQB rollout (VW’s new modular engineering system) and the gained operational flexibility remain positive enough drivers over the next 12 to 18 months for VW that the group should continue to outperform the market,” Gehrke said.

“Matching last year’s profit would be a great success and this looks reasonably (likely). We do think VW is vulnerable to disappoint expectations. It cannot be immune. For VW, life is getting tougher but the language still seems perhaps too confident,” UBS said in a research note.